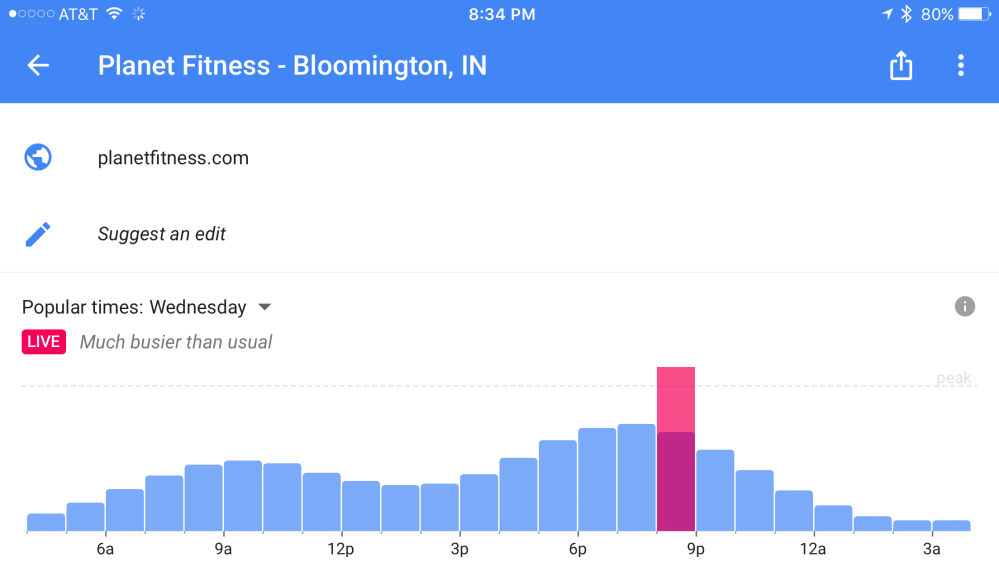 Google today is rolling out an update to its Google Maps on iOS that brings one of the most useful features from the web version of the app to iOS. Today’s update, which bumps the app to version 4.27, the service’s popular crowd tracker, as well as the ability to quickly access addresses saved to your clipboard.

Google Maps on the web has long offered a detailed chart showing when a business tends to be most busy. The feature shows traffic of people at the location on an hour-by-hour graph. The graph also shows details as to how long people typically spend at the location.

Additionally, today’s update brings support for quickly accessing addresses that you’ve saved to your clipboard. As you can see in the screenshot below, when you go to search for a place in Google Maps, you’ll see a new option for quickly pasting an address from your clipboard.

Google first announced the ability to track relative popularity in real-time last year and now it’s coming to iOS. The feature shows how busy a place you’re considering to go is in real-time, compared to normal traffic for that time. As usually, Google A/B tested support for Popular Times on iOS leading up to today’s release. The feature comes to all users today, however.

The full change log for today’s update is below:

Google Maps for iOS is available for free on the App Store. What do you think of Google Maps’s Popular Times feature? Let us know in the comments. 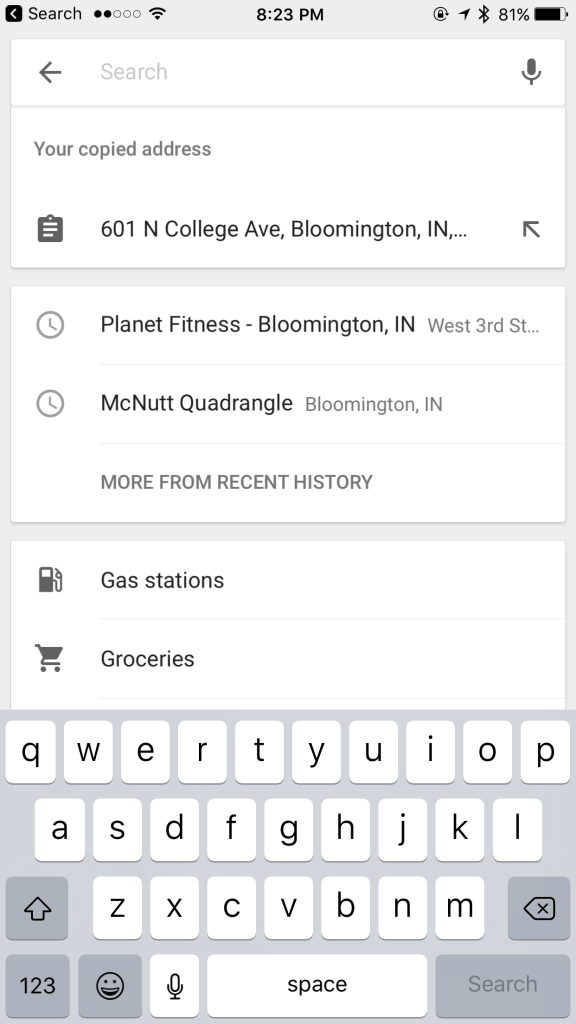