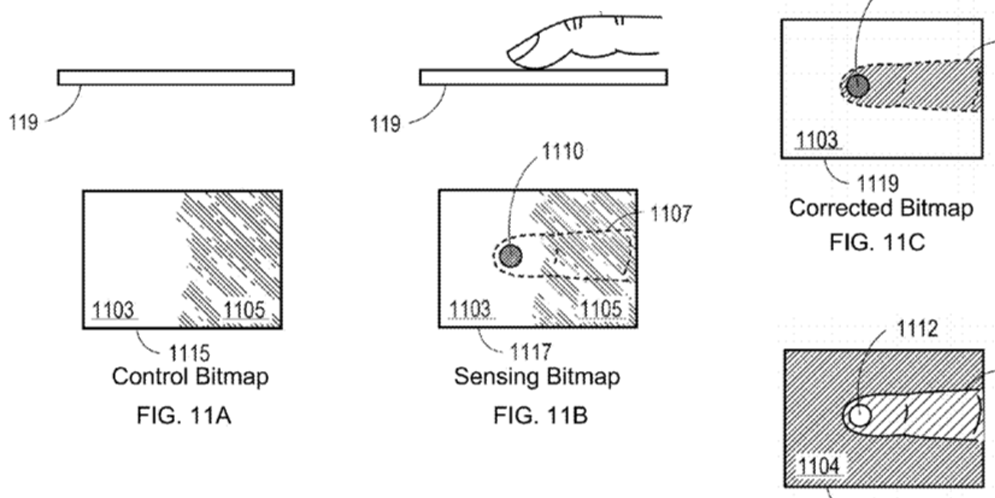 With everyone expecting the iPhone 8 to feature minimal bezels, a key requirement to realize that vision would be to remove the chin housing the Touch ID fingerprint sensor. While an iris scanner has been rumored as a replacement for fingerprints, Apple is also not short on options for embedding a fingerprint reader into the display.

We’ve previously seen Apple patents for two different methods of doing this, and a patent granted today describes a third …

Apple has previously filed patents for ultrasonic fingerprint reading, in which soundwaves inaudible to the human ear would be interrupted by the ridges and valleys of a fingerprint, and the interference pattern used to recognize the print. It followed this with a patent for using electric field differences to achieve the same goal.

The latest patent, spotted by AppleInsider, is for a third method – using infrared emitters and sensors placed alongside the RGB LEDs in an OLED-style display.

It appears that this particular method could only be used with an OLED display, which currently appears destined only for the most expensive of the new iPhone models Apple is expected to launch this year.

This particular technology was not invented by Apple, but rather by LuxVue – a company Apple acquired back in 2014. The patent was subsequently assigned to Apple.

Rumors of wireless charging in the iPhone 8 are gaining credibility, though perhaps with rather older tech than hoped. A report yesterday also raised the prospect of a significantly larger battery than the iPhone 7.