Apple details acoustic imaging in new patent, could replace Touch ID as we know it with iPhone 8 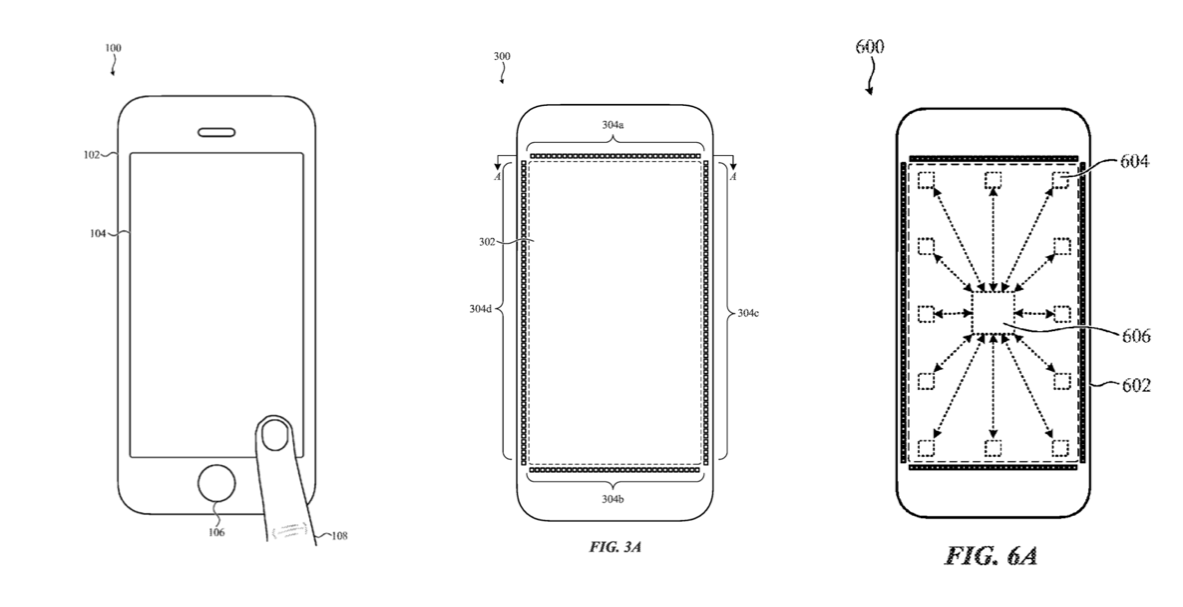 All signs are pointing to Apple’s iPhone 8 arriving with new technologies that will replace Touch ID as we know it. So far the predicted possibilities include an optical fingerprint sensor, facial and gesture recognition, a next generation on-screen capacitive touch method, and as we reported last year when Apple filed the patent, ultrasonic imaging. More details have just come out about how sound imaging technology will work in a patent filed today by Apple.

Apple’s newest patent titled “Acoustic Imaging System Architecture” describes how the new sensor made up of transducers, a controller, and an image resolver would operate.

Two benefits of this technology are that it provides flexibility in how it can be arranged and implemented into the device and could be used successfully with a variety of materials.

7. The acoustic imaging sensor of claim 1, wherein: the substrate is rectangular; and the distribution of transducers is arranged as a row adjacent to an upper perimeter of the circumscribed portion.

9. The acoustic imaging sensor of claim 1, the distribution of transducers is arranged as a row adjacent a rectilinear edge of the substrate.

10. The acoustic imaging sensor of claim 1, the distribution of transducers is arranged as multiple parallel rows adjacent a rectilinear edge of the substrate.

In one example, the substrate is a transparent cover of a display an electronic device formed from glass, sapphire, or another optically transparent material.

As Apple is expected to bring an all glass design to the iPhone 8, it seems possible to bring acoustic imaging even to the back of devices. However, a paragraph in the “DETAILED DESCRIPTION” section of the patent appears to put more focus on how this technology would work as a fingerprint reader by touching the display.

In many examples, the acoustic imaging system is configured to resolve an image of a user’s fingerprint when the user touches the display. The acoustic imaging system operates by generating acoustic waves (or pulses) that propagate through an external surface of the display and thereafter monitoring reflections, attenuations, and/or diffractions to those acoustic waves caused by the user’s fingerprint.

Apple’s patent also makes note of other possibilities of acoustic imaging such as hand prints and ear prints which would use size, shape, skin patterns, and scar patterns to authenticate a match. These features could be used a variety of ways to make unlocking your iPhone truly seamless and automatically switching between speakerphone and the earpiece based on ear-recognition and so on.

It’s difficult to know if we’ll see the technology described in this patent come to Apple’s iPhone release this year. However, with consistent reports on a bezel-less screen and Apple’s plans to leap frog the current form of Touch ID, it seems plausible.