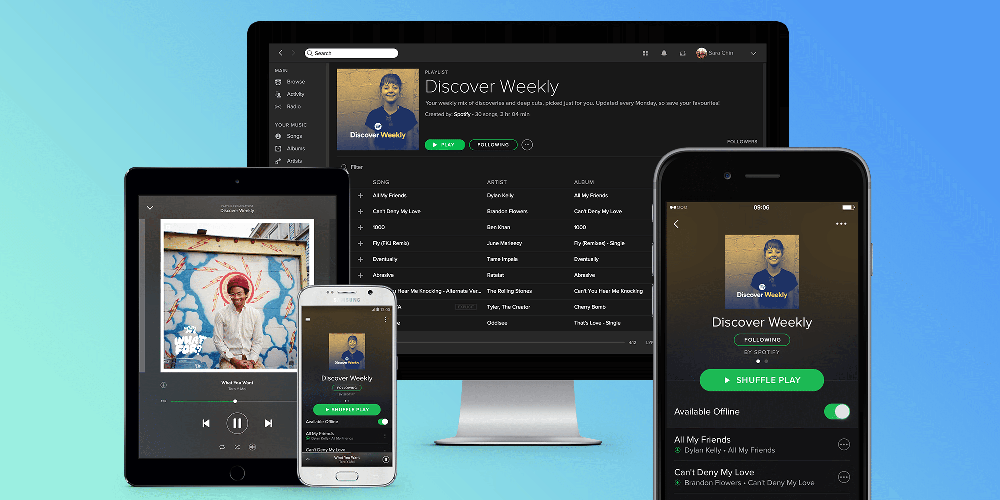 Spotify is considering a move that would mean some of its biggest new releases will be restricted to paid users, according to a new report from Financial Times. The decision would come as part of a negotiation with record labels that would reduce the amount of royalties Spotify pays for songs and also allow the company to prepare for an initial public offering, the report claims:

As part of the proposed deals, the music companies have agreed to trim the royalty fees that Spotify pays for their songs, according to people familiar with the discussions.

In exchange, Spotify would restrict the biggest album releases to its paid tier for a period of time — a substantial concession after years of friction with pop stars including Taylor Swift, who pulled her music from the platform in 2014.

While nothing has officially been decided, the report continues by noting that sources say the negotiations have been ongoing for months and that deals could be signed in the coming weeks. Spotify is currently renegotiating contracts with the three big labels— Universal, Sony and Warner— all of which own a small share in the company.

The move would be notable as Spotify is one of the only big music streaming subscription services that continues to offer a free ad-supported tier, while Apple Music and other competitors opted for requiring a monthly paid subscription after an initial free trial period. Check out our recent comparison of Apple Music versus the competition.

It could also be a controversial move to restrict content to paid subscribers as Apple Music and other competitors continue to compete for exclusive releases. A report last year noted Universal Music decided it will no longer agree to any single-platform exclusive streaming deals after some controversy surrounding the release of high-profile release of Frank Ocean’s “Blond” on Apple Music.

There were also claims that Spotify was punishing artists that take exclusive deals with competitors, something the company later denied. Restricting popular releases to its paid users could cause backlash among free subscribers and make Apple Music and competitors seem more appealing.

Earlier this month Spotify announced that it has now topped 50 million paying subscribers.