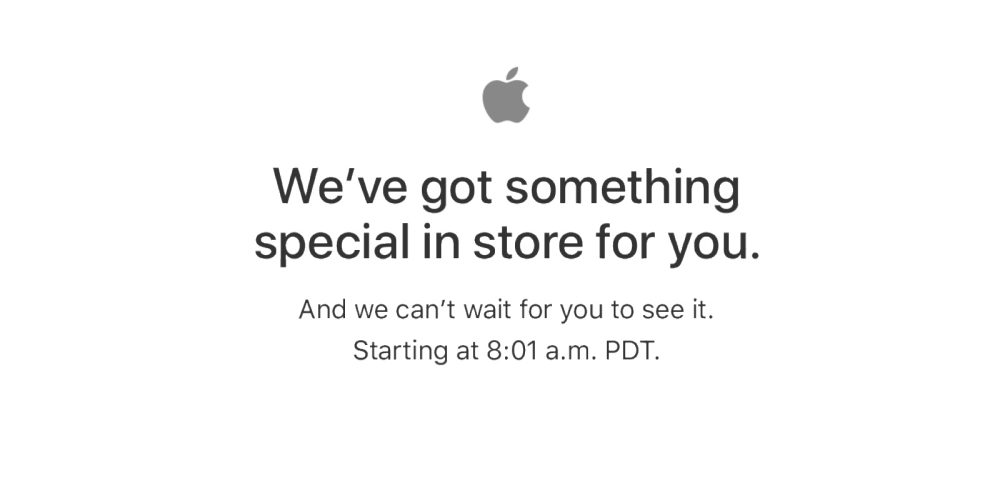 The Apple Store is down today, although it’s still several hours before the new products go on sale. The teaser message from Apple has actually been tweaked with new fonts and new text.

It notes to look out for the 8.01 AM PDT time, when the PRODUCT(RED) iPhone 7 and the new cheaper iPad go on sale.

For every PRODUCT(RED) iPhone sold, Apple will donate some money to the charity (even in China where the iPhone is not branded with the charity’s name for legal reasons).

The red iPhone doesn’t cost anymore than its sibling colors, but it is only available in 128 GB and 256 GB configurations. At 8.01 AM PDT today, customers will be able to order a PRODUCT(RED) iPhone from $749, for a 128 GB iPhone 7.

Apple also announced the debut of a new cheaper 9.7-inch iPad on Tuesday, priced at $329 for a 32 GB model. The new device, simply named ‘iPad’, is heavier and thicker than the iPad Air 2 it replaces in the lineup but features a faster A9 processor. The new iPad is sort of like an iPad Air 1 with upgraded SoC, although Apple has dropped the chamfered edge … making the design reminiscent of the iPhone SE.

The red iPhone color and the $329 iPad are the two new products going on sale today. For international readers, 8.01 AM PDT is about 5 hours from now. On Tuesday, Apple also announced some new watch band colors but this have been on sale since their announcement.