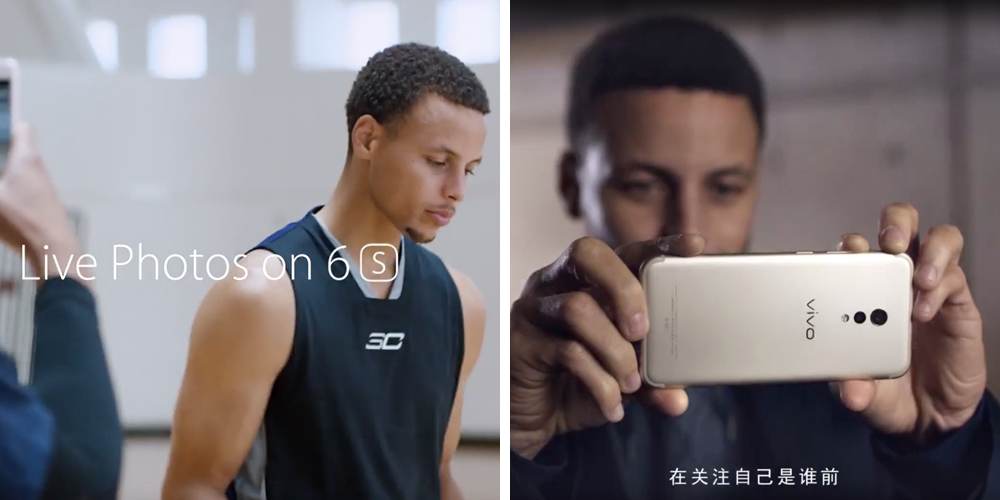 NBA player Stephen Curry doesn’t seem to mind which smartphone manufacturer wants to hire him to appear in ads. The Golden State Warriors player who appeared in an iPhone 6s video ad back in 2015 is now appearing in one for Android manufacturer Vivo.

Both ads, interestingly, are about the camera capabilities of the respective phones. But while Curry may be happy to take ad money from the Chinese manufacturer, it seems he hasn’t actually switched allegiance when it comes to his own phone. As CNET noted, his most recent tweets appear to have been sent from an iPhone.

Apple’s most recent iPhone ads, posted a few days ago, celebrate Children’s Day in Turkey. All three videos were shot by 11-year-old children using an iPhone 7. They follow ads focusing on low-light photography and Portrait Mode on the iPhone 7 Plus.