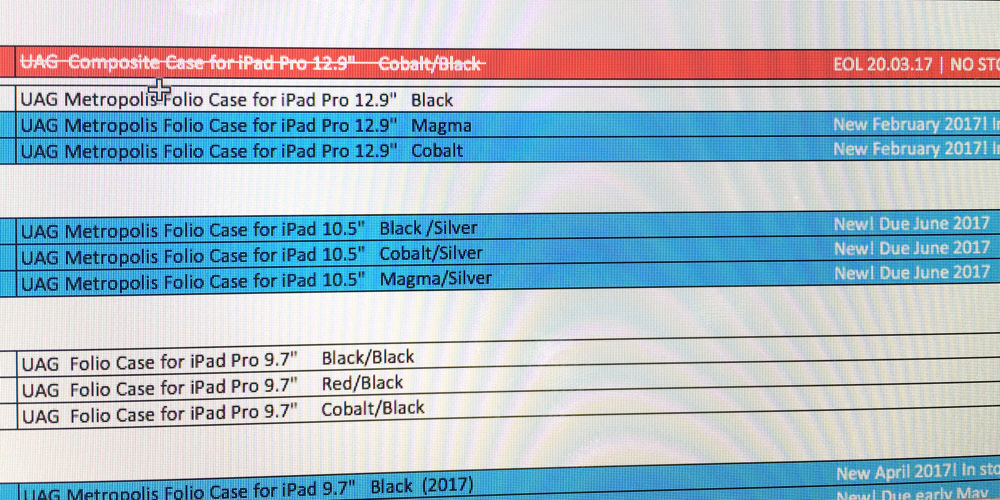 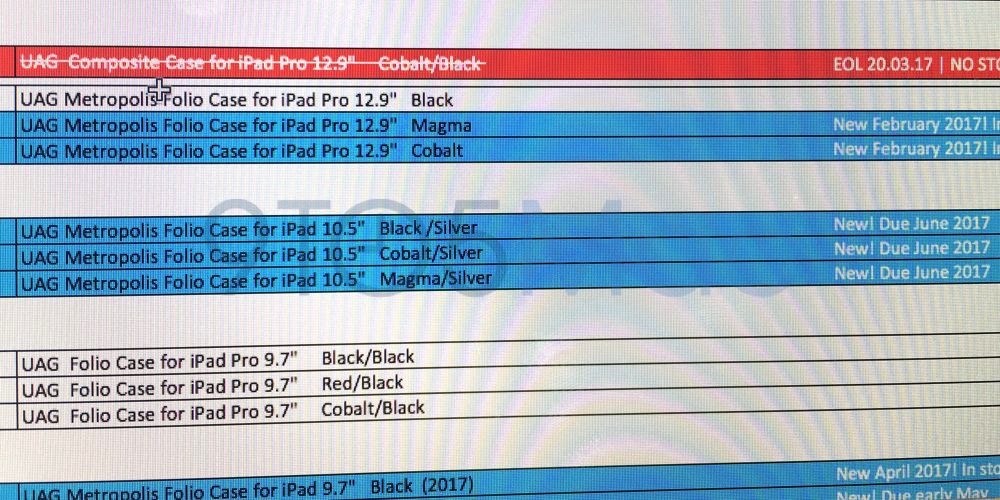 Case manufacturer Urban Armor Gear appears to be preparing a case for the rumored 10.5-inch iPad Pro. A stock system at an Apple Authorized Reseller shared with 9to5Mac shows a UAG Metropolis Folio Case ‘for iPad 10.5-inch’ in three color combinations, with availability listed as June 2017 …

The same case, which is compatible with the Apple Smart Keyboard and has a holder for the Apple Pencil, is already available for the 12.9-inch iPad Pro.

The evidence for a new 10.5-inch iPad model is pretty persuasive. A KGI report back in August of last year first said that the new model was in the works, alongside a new low-cost 9.7-inch iPad. That latter model was of course launched in March.

Given that Apple skipped a spring iPad event, it’s unclear when a 10.5-inch iPad might be announced. The WWDC event running June 5-9 has been cited as one possibility, which would line up with the date shown in the stock system.

However, there is reason to doubt this, as Apple would be showing off a rumored near-bezel-free design and embedded Home button on an iPad ahead of the launch of the iPhone 8, stealing some of the thunder from the new iPhone. It should also be noted that it’s not unusual for case manufacturers to plan new products – and even manufacture them – on the basis of rumors.

At this point, then, we’re viewing this as evidence only that major manufacturers are taking the rumors seriously, rather than pointing to a specific launch date.