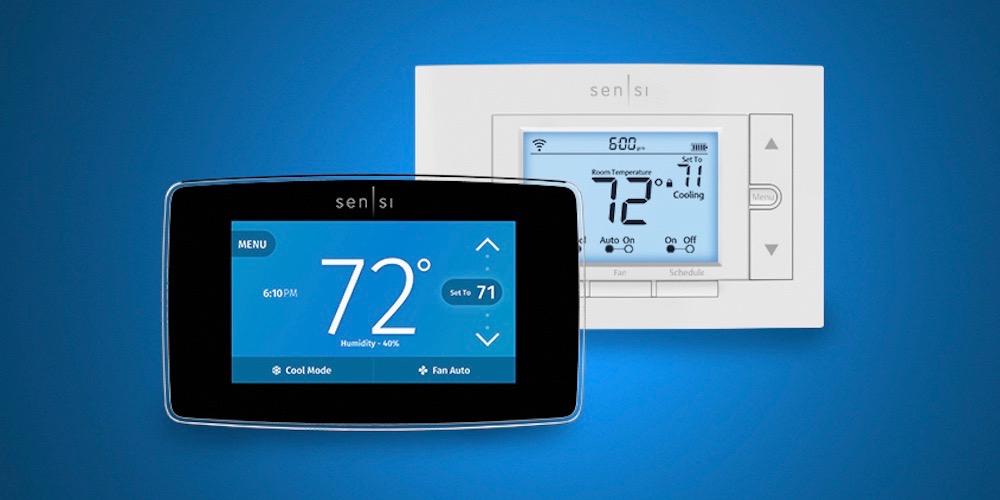 Emerson has officially announced HomeKit support for its Sensi Wi-Fi Thermostat lineup, which includes a budget-friendly option and a fancier version with a color shifting touch screen. Apple’s HomeKit feature allows you to control heating and cooling settings with Siri, automation, and Apple’s Home app.

The first of the two models is called Sensi Wi-Fi Thermostat and retails for $129.99. This budget-friendly model includes the typical smart thermostat features like remote control, smart alerts, and geofencing. The display is also backlit so it can be read in the dark.

Emerson says Sensi Wi-Fi Thermostat can be installed without a c wire which can enable compatibility with homes that don’t already have a common wire, but HomeKit features will require the extra power.

Its $129.99 price tag is comparable to iDevices Thermostat with HomeKit for the same price.

The fancier version is called Sensi Touch Wi-Fi Thermostat and retails for $199.99. This model features a more modern design with a color shifting touch screen that adjusts based on heating and cooling modes.

You can also adjust backlighting from the smart thermostat to add accent lighting to a dark room at night. The LCD touch screen display on the unit measures 4.3-inches diagonally with a 272 x 480 resolution.

Its $199.99 price tag is comparable to Ecobee’s 2nd generation Ecobee3 Thermostat with HomeKit currently discounted to $185.00.