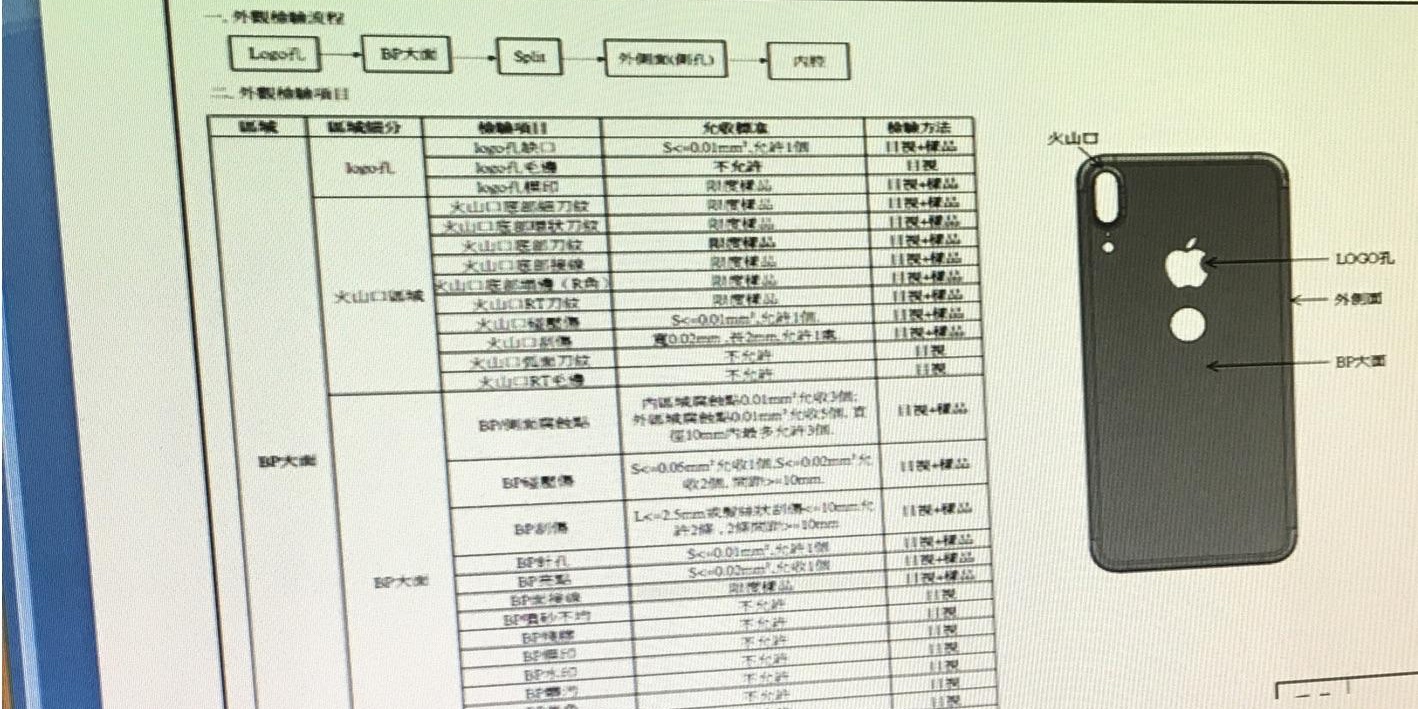 Although the iPhone 8 is apparently entering production verification testing this month, the rumor mill continues to disagree about several details of Apple’s upcoming radically-redesigned phone.

In this latest alleged schematics photo via Sneakleaks, an iPhone chassis is shown with a Touch ID fingerprint cutout below the Apple logo on the back of the device. This idea was last seen in an April leak. However, the rumors have not come to consensus and there are still many contradictory reports about the fate of the iPhone 8 Touch ID …

In the latest purported leak, shown in full below, the next-gen iPhone 8 rear case is drawn in what appears to be a factory schematic. The vertical dual camera system is clearly displayed, although it appears the flash is below the bulge on this particular version (other schematics have drawn the flash as part of the bulge, sandwiched between the two irises).

Most importantly for this particular post is the Touch ID shaped hole just below the Apple logo. This leak clearly suggests that Apple will move the fingerprint scanner to the back of the iPhone 8. A few schematics leaks and analysts have corroborated this, but support is by no means universal. 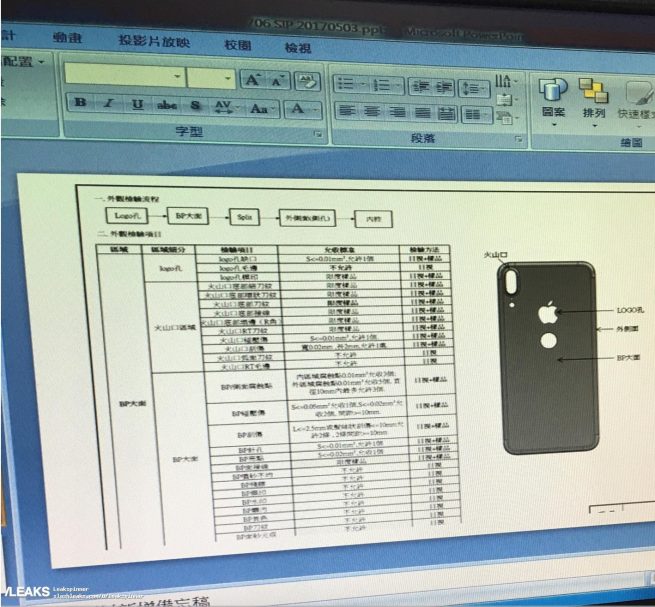 There continue to be sketchy claims that Apple will integrate the fingerprint sensor into the OLED display itself, removing the need for a separate sensor component and allowing users to authenticate just by pressing the virtual home button visible on the screen canvas. At one point, an analyst said that that was indeed Apple’s original plan but production bottlenecks resulted in a more conservative design (rear Touch ID sensor) being chosen.

The change in the power button’s dimensions can be clearly seen here, in photos of molds provided by Venya Geskin. 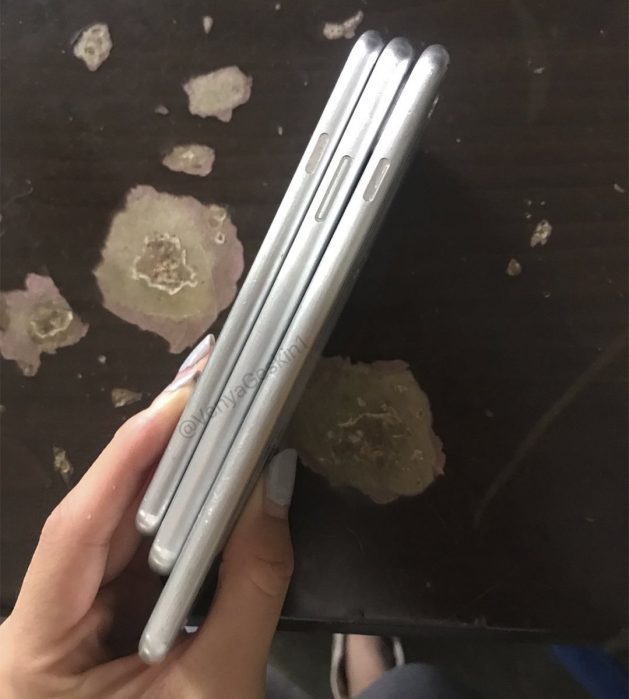 I think most people would choose to have the fingerprint sensor integrated into the display, if given the choice as it is the most elegant solution. However, technical limitations and yield issues may prevent Apple from executing on that ideal design this year. Assuming that is the case, integrating the scanner into the power button feels like a better path than a rear Touch ID hole in the back chassis.

Justifications aside, the rumors continue to paint a murky picture here and it’s hard to draw any real conclusions today about the iPhone 8’s Touch ID fate.

It seems likely that Apple will unveil the new flagship iPhone at a fall event in early September, although the device may not be in customer’s hands until October — and sold with a higher price tag than today’s top-end iPhone.

Apple is also expected to announce iterative updates to the iPhone 7 and iPhone 7 Plus, with a focus on internal updates and retain the same price points as current models. Over the weekend, pictures surfaced showing a size comparison between all three 2017 iPhones.