A sketchy series of images has been circulating this morning, supposedly showing an iPhone 8 prototype design with mockup renders and technical measurement drawings.

The drawing is impressive, depicting an iPhone front dominated by screen with just 4mm of bezels on every side. However, the original sourcing is unclear and the details are pretty questionable …

The leak originates from iFanr.com, which does not have a history of Apple rumors, so this is definitely on the sketchy end of the scale. Very similar mockups were made late last week supposedly based on a Foxconn leak.

These new drawings appear to based on the same source, although the depiction is slightly different. Today’s leak claims that the iPhone 8 will have a full-frame screen with rounded corners and almost no bezel on all four sides. The drawing is annotated and indicates that the surround bezels are only 4mm on each side.

Whilst this alone would be somewhat believable, the drawings suggest that Apple will be able to integrate all of the other front-facing components underneath the display. This means the fingerprint sensor home button, the selfie/FaceTime front camera, the 3D depth sensors and the top phone speaker would all be magically hidden beneath the OLED display.

In particular, it suggests that Apple will cut-out a small hole in the top of the screen to contain the top speaker. There are big doubts about how practical this is and whether it’s even possible. Apple has been rumored to be struggling to integrate just the fingerprint sensor below the screen, claiming that the company will be able to do that for all of the major components is hard to believe.

The most notable photo in this latest set is the first one that includes measurements of various components on the chassis front. These dimensions do not match what we have seen previously either. The technical sketch also gives a glimpse as to the layout of the components that are supposedly beneath the display; the 3D infrared sensor, the FaceTime camera and the speaker. 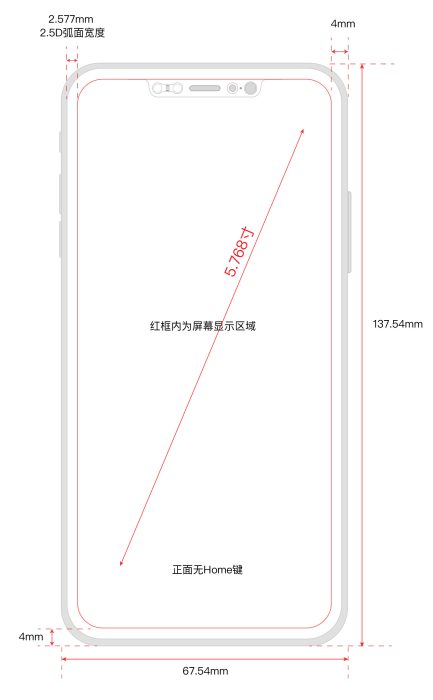 Although most of the interesting stuff in this supposed leak is on the front side, it’s worth noting that the back design is also different from other schematics we’ve seen. There’s no rear Touch ID (which would make sense if it’s integrated into the display) for a start.

Also, the camera flash is in a different position in the vertical-stack. The previous leak put the flash at the bottom of the vertical dual-camera system whereas in this leak, the flash sits between the two irises. Apparently, this enables both cameras to support optical image stabilization — on the iPhone 7 Plus, only the wide angle lens has OIS.

There have been murmurings about Apple readying multiple final designs for the iPhone 8, as the company seemingly struggles with placing the fingerprint sensor underneath the display. In that case, it would follow that this leaked design is the ambitious prototype where everything but the screen is hidden.

Even so, making a cutout in the OLED panel to accommodate the speaker is a big stretch. Take this report with much skepticism for the time being. If this all comes true, the iPhone 8 will be a very impressive device. iFanr made a physical mockup of what the phone will look like and the full-frame appearance is striking … 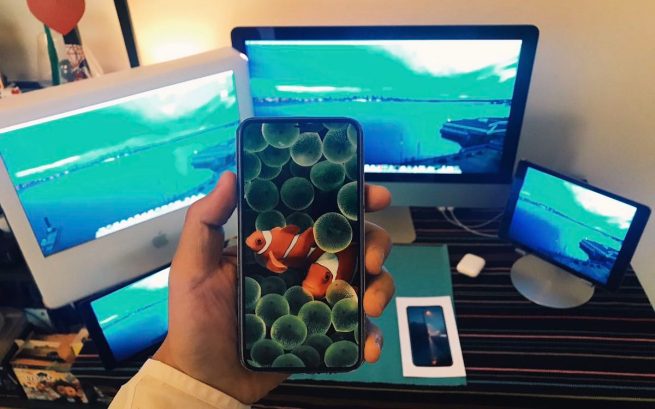 Apple will officially unveil the iPhone 8 at a media event in the fall. It is also expected to announce minor revisions (dubbed ‘iPhone 7s’) to the existing iPhone 7 and iPhone 7 Plus form factors, with wireless charging and internal spec bumps.