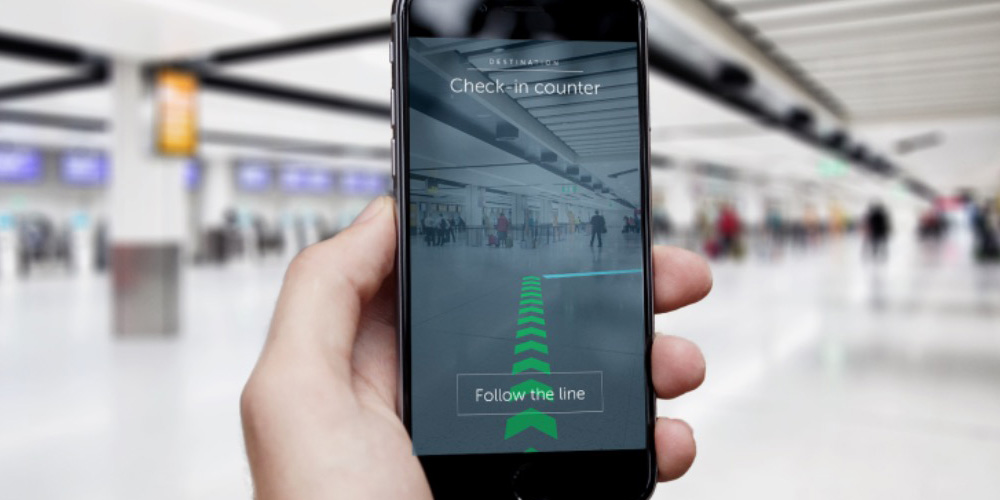 Gatwick Airport, the second-largest of London’s airports, has installed around 2,000 iBeacons to help passengers find their way around the terminals.

While phase 1 of the project is rather basic – merely showing people where they are on a digital map – the second phase will provide augmented reality navigation, guiding passengers to their gates by overlaying arrows on live images of the terminal. The airport is also considering a more ambitious third phase …

TechCrunch reports that the airport may partner with airlines to help ensure passengers don’t miss their planes, and to let airlines know when to offload baggage.

Gatwick is planning to integrate indoor positioning into some of its apps, and says it’s in discussions with airlines to tap into it for their own apps and services — giving example of them being able to send push notifications to warn passengers if they’re running late, or even make a decision on whether or not to wait or offload luggage so an aircraft can take off on time.

The airport additionally plans to use anonymous passenger data to help manage queues and reduce congestion at busy areas like Security.

UK airlines have also considered or deployed iBeacons, Virgin Atlantic reportedly examining the possibility at Heathrow and EasyJet doing so at some smaller airports.

iBeacon usage has been slow to take off, though they have been used by a small number of major brands, including Condé Nast, Disney, Hudson’s Bay Company and SXSW. Small businesses can get in on the action with low-cost, easy to use kits from Beaconic and Live Beacon.