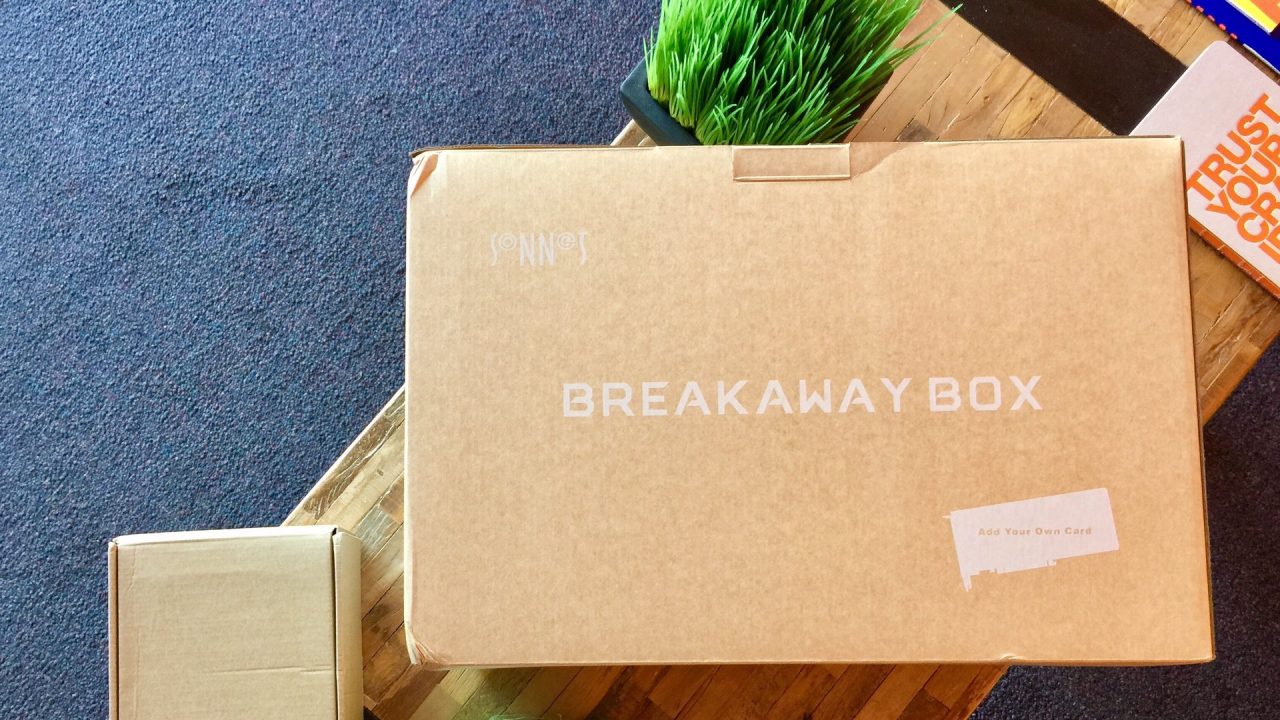 As noted in our hands-on post with High Sierra’s native eGPU support, the $599 bundle is a fair price when you consider how much each component costs individually. RX-series cards are also hard to come by at the current time. Most units seem to be on backorder, and those that are available are selling for a much higher price than normal.

It is worth noting, however, that you don’t have to purchase the Apple-provided kit in order to take advantage of official eGPU support in High Sierra. You can use any supported graphics card, along with a supported eGPU box like the Akitio Node.

There is a reported advantage to using Sonnet’s box, though, as it’s noted for being particularly quiet. Fan noise is something that I’ve complained about with other eGPU boxes.

Apple’s kit includes a Sonnet eGFX Breakaway unit, which is more than capable enough to drive the Sapphire-branded RX 580 that it includes along with it.

I’m a fan of Sapphire’s RX-series cards, having used a Sapphire-branded RX 480 in an eGPU build that I tested earlier this year.

To set up the kit, remove the cover on the Sonnet box, install the GPU into the PCIe slot, replace the cover, and connect the power connection and Thunderbolt 3 connections. Remember that you’ll need to be running the macOS High Sierra beta in order to unlock the GPU using official means.

Plop the card in and secure. Now to install macOS 10.13 beta! pic.twitter.com/rhN4iRHjny

Be sure to watch our hands-on video walkthrough, where I test eGPU support on my 2016 MacBook Pro using the Akitio Node.

What do you think about Apple’s External Graphics Development Kit? Do you think it’s a good deal for $599?