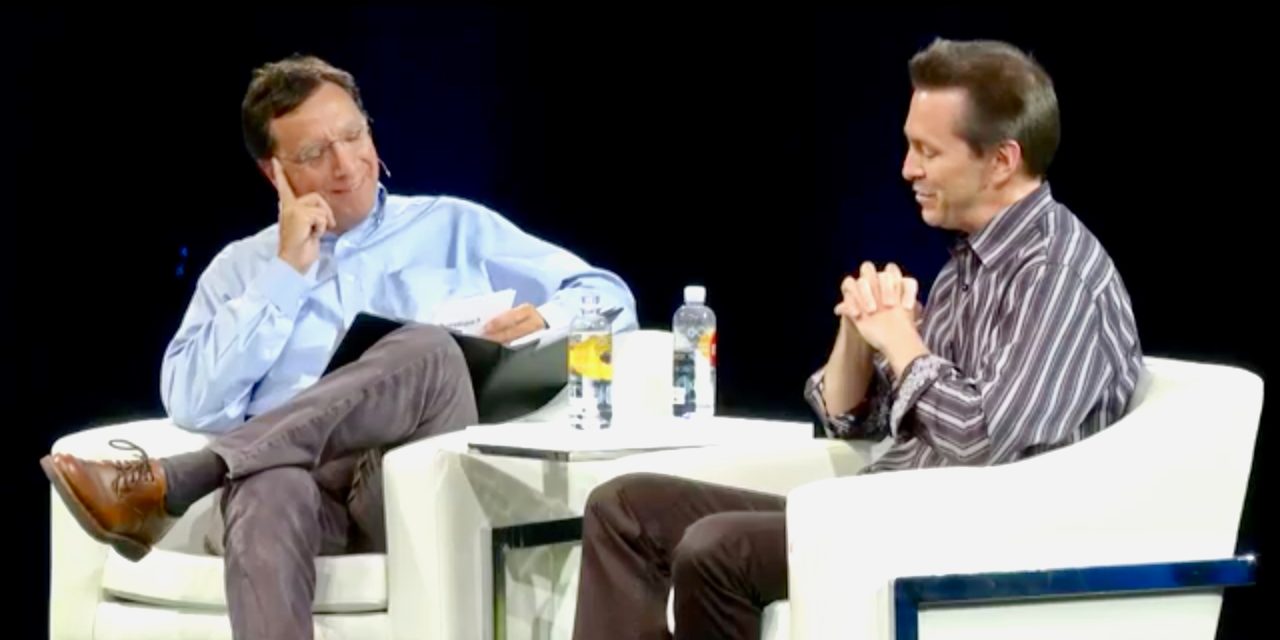 Last night’s Computer History Museum interview with Scott Forstall was loaded with rich storytelling and candid anecdotes, and the whole thing is absolutely worth watching if you haven’t yet. Museum historian John Markoff even asked the question that was on everyone’s mind before the interview started: What does Scott Forstall think about modern iOS design?

Forstall, and Steve Jobs for that matter, were known for having a taste for so-called skeuomorphic design. Real world materials like leather and paper would appear in software design especially on the iPad where the Contacts app looked like a real address book and the Calendar app was bound by leather.

Following Forstall’s firing (in part over his refusal to sign an apology for the botched Apple Maps rollout which unfortunately didn’t come up), Jony Ive took over software design which led to iOS 7 and beyond to what we have today.

Markoff first touched on the topic with this question:

Assuming you’re currently using an iPhone, is there ever a time you shake your head at something? If so, what?

Forstall could have dodged the question and simply said he does use and enjoy the iPhone, but instead he answered rather honestly:

That happens all the time. If you’re a designer, if you care about design, you can’t go through any part of your life without shaking your head and thinking that could have been done better. And I thought that for our design, even the first version. The second version you’re always making it better.

Then there was this from Markoff which really addressed what everyone was thinking:

There was a period like five or six years ago or maybe longer that skeuomorphic design was super controversial. What do you feel now about [that]?

The question prompted nervous laughter from Forstall, then came his response:

I never heard the term skeuomorphism even years after we built the iPhone, and the first time… I mean that’s a horrible word! Like it sounds like [inaudible] or you’re morphing something, it sounds unnatural, it just sounds terrible!

If you look at the designs we did at Apple, we talked about photo illustrative designs, metaphorical designs. And those were infused into the design sense of Apple by Steve Jobs since the original Mac if not earlier. The original Mac had a desktop and folders that looked very much like the desktop on which that Mac sat.

But we built these designs that worked. And how do we know they worked? You just had to watch people use it.

Forstall then cites two customer emails, one describing how a two-year old girl could intuitively use the iPad, another describing a 99-year old woman who used the iPad to read ebooks through cataracts and type limericks using the on-screen keyboard despite having arthritis.

So that’s the answer we’ve all been awaiting. No shots fired directly at the current iOS design direction, but certainly no apologies or regret for the original iOS design either. Just don’t call it skeuomorphism.

Which do you prefer? Modern iOS design or the “photo illustrative, metaphorical” designs prior to iOS 7? You can watch the full video interview here with the above segment around the 2 hour mark.