How to use Amazon Echo Show, Amazon demos how Alexa will use the Echo Show’s screen ahead of launch [Video] 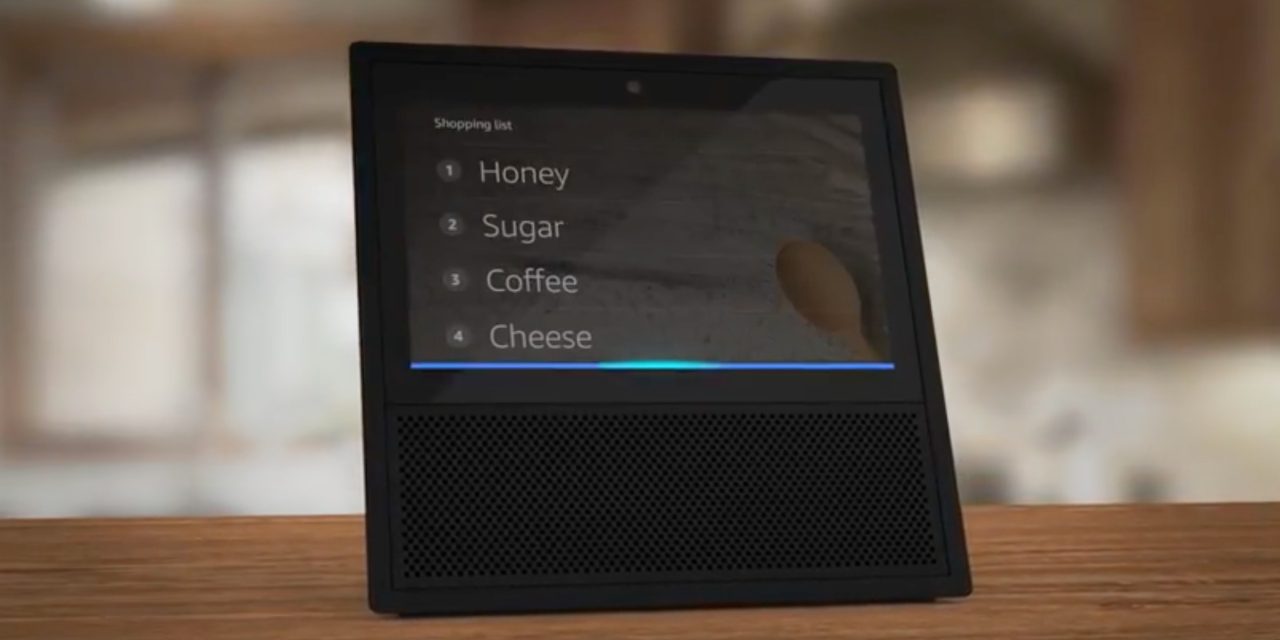 Apple’s unveiling of the HomePod at WWDC was little more than a preview, as the company remains tight-lipped on exactly how the Siri voice assistant will work on the device. Whilst the HomePod isn’t shipping until the end of the year, Amazon is launching its latest addition to the Alexa home AI product range later this week.

The $230 Echo Show launches on Wednesday, featuring a 7-inch touchscreen. The company posted a series of videos (watch after the jump) giving a first look at the UI in action, to show how the Alexa assistant will utilize the screen to display relevant information and respond to voice queries …

One of the newly-released videos concentrates on music; the demo user asks the device to show albums by Sia.

In response, the Echo Show presents a horizontal numbered list of albums on the screen, presenting name and artwork information. The user says ‘Alexa, play number 3’ to start listening to the third album in the list. The music is synced with an on-screen display of lyrics.

Asking ‘What movies are playing nearby’ offers a similar experience to music, but with movie information and associated film posters. Rather than having to use the synthesised voice to describe all the metadata, the Echo Show simply displays the information on-screen.

Despite the spacious 7-inch canvas, some of the movie’s description is truncated because the Echo Show UI uses a very large font size for its content. You can watch the trailer for the movie, all hands free.

In the lists demo, the Echo Show displays an example shopping list on the screen. Each item is presented with large text, presumably to allow users to see the information on the device from across the room. You can ask Alexa with a voice command to ‘scroll down’ to see more items; the user interface only shows about 4 items at once.

The final video in the series focuses on alarms; Amazon says you can ‘get ready for bed without lifting a finger.’ The video enables Do Not Disturb mode, sets a morning alarm and turns out the lights with a series of voice queries.

A common theme across all four of these videos is that the screen is used as an information display rather than an input method. The UI has a few buttons on every screen to interact with if users want to touch the screen, but it seems Amazon is primarily positioning it as a ‘voice-first’ product — like the rest of the Echo lineup.

Before the Echo Show or HomePod were official, Apple SVP Marketing Phil Schiller said that voice-only assistants are sometimes convenient, but did not have anything good to say about the Echo or Google Home. Apple’s entrance into the smart speaker market is interesting in that the company did not include a real touchscreen; the top panel is capacitive but it is not an LCD or OLED screen.

The HomePod is meant to be situated in a corner of a room or on a shelf whereas Amazon designed the Echo Show to be placed in clear view in a room, like on a kitchen counter. Apple is also putting a strong emphasis on the wireless music aspect of the product, competing against products like the Sonos multi-room music system (Apple compared the HomePod head-to-head with the Sonos Play:3).

Apple users are waiting for the company to reveal more information about the HomePod in the coming months; there are many outstanding questions about the Siri functionality (multi user support?).

The Amazon Echo Show launches on June 28th, available in black or white. The screen-less original Amazon Echo is also currently on sale at its lowest price ever: $129.