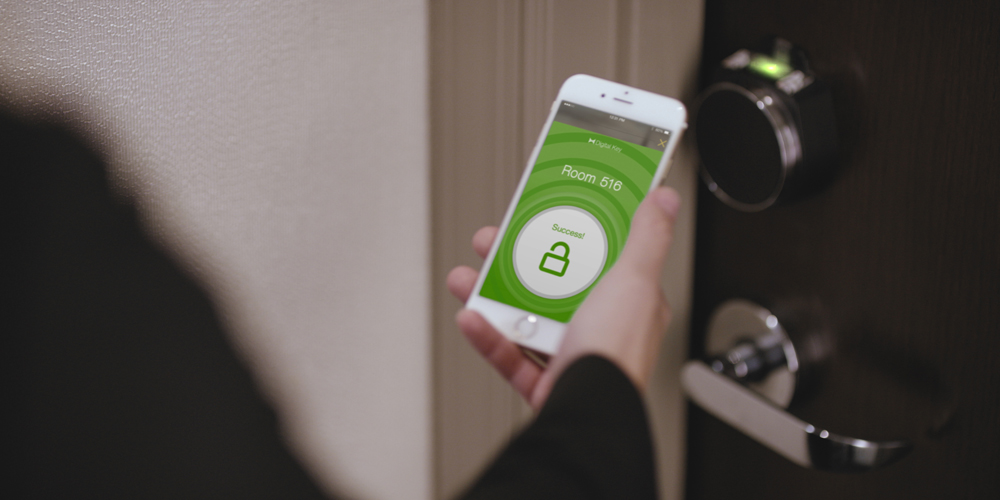 A growing number of hotels are now allowing people to use their iPhone (and in some cases, Apple Watch) to unlock their doors. The Hilton hotel group, which first started experimenting with the technology three years ago, says that the security of the system is now firmly proven …

It says that the smartphone unlocking system is now in use in around 1,700 hotels across the US and Canada, notching up 11m uses so far, without a single breach.

The company is now beginning a rollout in the UK, starting with 10 hotels and aiming to have 100 online by the end of the year.

The technology was first used by smaller hotel groups, with Aloft one of the earliest adopters.

App-controlled door locks are also being used in homes, with the August Smart Lock one of the first products on the market. It added HomeKit compatibility earlier this year.

Smart locks are now getting smaller and less obtrusive, with Friday Labs a recent example. Mainstream lock companies have also gotten into the game, with products available from Yale, Kwikset and others. A quick scan on Amazon shows just how mainstream these have now become.