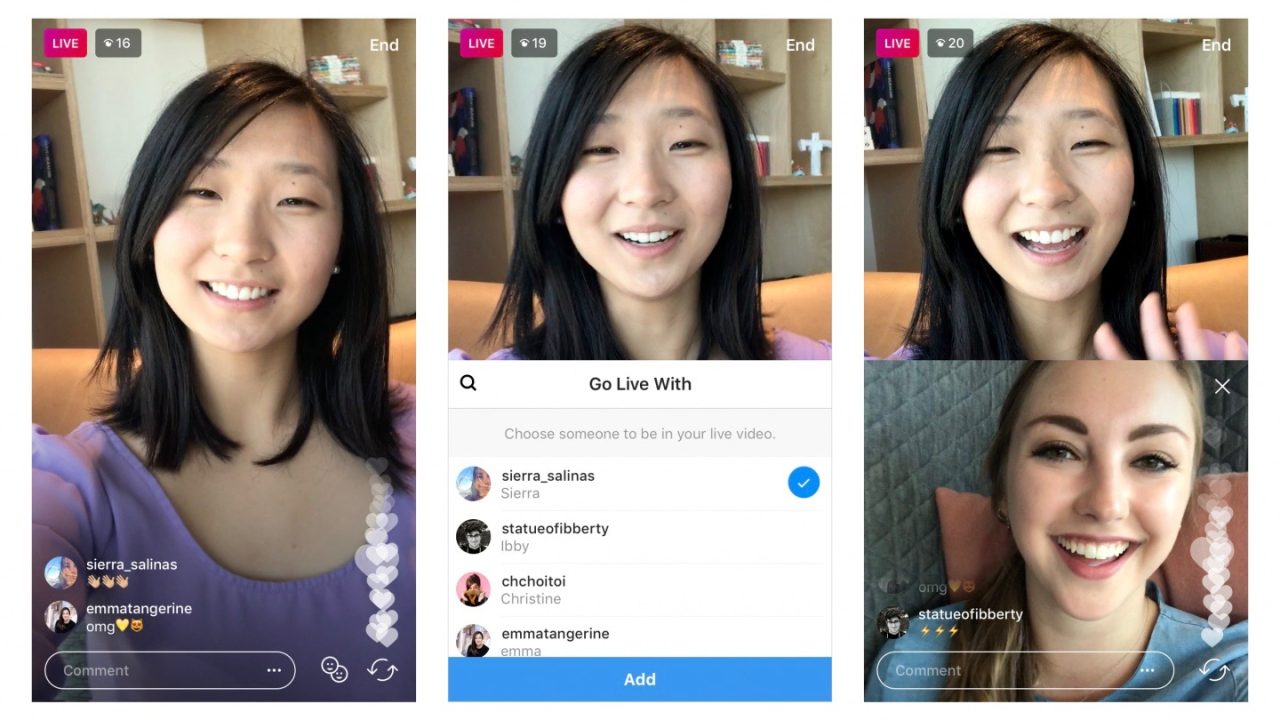 Live video broadcasting has become a standard feature in apps like Facebook and YouTube since being popularized by Meerkat then Periscope, and now Instagram is looking to take the feature to the next step. Instagram is starting to test two-person live broadcasting for select users with a new split-screen layout.

Refinery29 says the new group live stream feature will start appearing for some users today before the feature launches to everyone:

The feature will roll out as a trial to a randomly selected group of people today, and will test for the next few months before officially rolling out.

Instagram’s expanded live video broadcasting video is limited to two simultaneous users, but hosts are able to change guests without interrupting a broadcast. The only limit is broadcast duration which is currently set at 60 minutes.

If you’re lucky enough to be in the select group of users picked to test the new feature, simply look for the new faces icon on the bottom right of the Live camera in Instagram. Then pick which contact you want to broadcast with and select add to send an invitation to join your live stream.

Aside from two-person live video streaming, Instagram has also been testing a new way to share photos and videos with select contacts this summer. Instagram also has a new user this week, Apple, which has been busy posting #ShotoniPhone photos and Stories.

Instagram is available for free on the App Store.