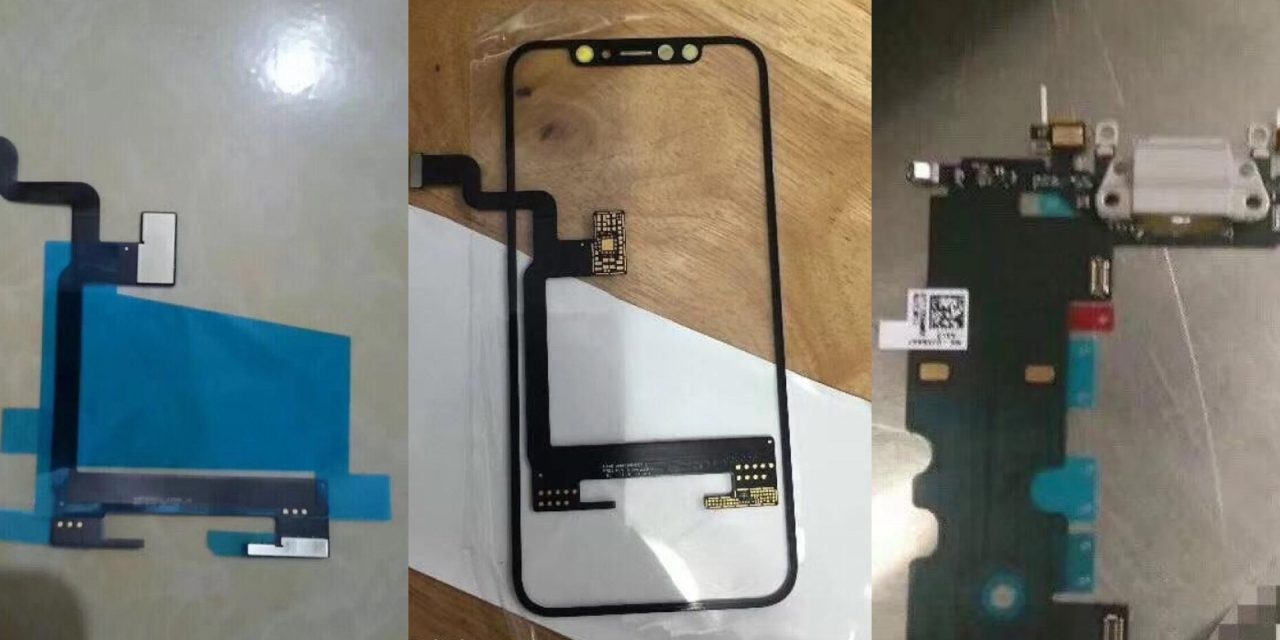 iPhone 8 parts continue to appear on Chinese social media as the official unveiling September Apple event draws closer. Whilst a timeframe has yet to leak out, historical patterns point to September 6th as a likely date.

In this latest leaks (via Slashleaks), various purported components for the iPhone 8 are on show, including the flex cables for power transfer, part of the internal components for the Lightning cable and the display assembly (with the notch, as expected). More photos below …

It’s not unusual for parts like these to slowly leak out as production ramps. With the next-generation iPhone announcement under three weeks away, the factories must be pumping out iPhones at a very rapid pace at this stage.

Recapping what we are confident of, countless reports indicate that Apple will be launching three new iPhone models next month. There will be modest updates to the existing iPhone 7 and iPhone 7 Plus, featuring wireless charging and glass backs — but the devices will largely resemble the current-generation chassis.

The third device is the much anticipated ‘iPhone 8’ (or whatever Apple brands it), which brings a radical near bezel-less redesign to the iPhone, positioned as a higher-end premium model. The device will feature a 5.8-inch OLED display with rounded corners.

The front face will have a very slim screen border as well as the top notch to accommodate front facing camera sensors and earpiece. This design has been confirmed by an Apple software leak, assets were found in HomePod firmware that depict this exact appearance.

The device will also include 3D depth-sensing Infrared sensors which will be used for facial recognition biometrics, with many believing fingerprint Touch ID authentication will be replaced entirely by the new face recognition features.

The dramatic reduction in bezel size results in a device that is marginally bigger than a 4.7-inch iPhone 7, despite housing a screen larger than the Plus’s. The 8 will get the dual-camera from the Plus line, but oriented vertically rather than horizontally. The chassis is composed of glass on the front and back with a minimal steel frame.

All three new iPhones will get a performance boost thanks to the next-generation Apple A11 chip. The devices are expected to be sold in 64 GB and 256 GB configurations, in silver, black and a new gold color (‘copper’). Whilst the ‘7s’ phones are expected to stay at current price points — effectively replacing the 7 and 7 Plus in the lineup — the premium iPhone 8 will get a premium price tag, broaching $1000+.