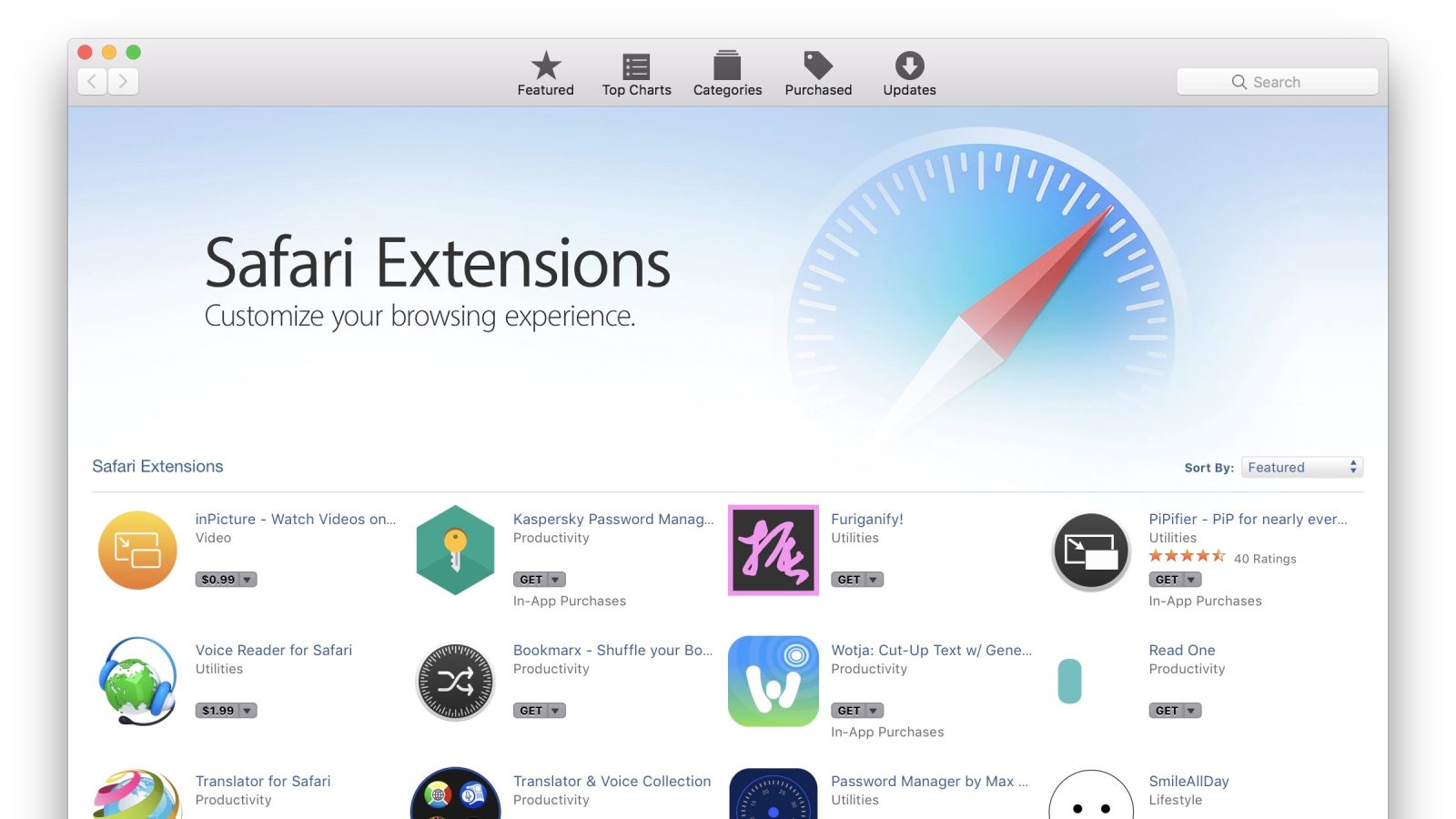 Along with releasing beta updates for iOS, macOS, and tvOS today, Apple has updated its Safari Extensions webpage. The redesign includes a prominent link to the extensions available in the Mac App Store, and also features the ability to install extensions from the webpage with a single click.

The Safari Extensions Gallery sports a fresh new look with nine featured apps at the top of the webpage ranging from 1Password, to Notifier for GitHub, to a translation extension. Below the featured apps you’ll find a sort bar to customize the way you look at the available extensions by ‘Popular’, ‘Recent’, or utilizing the ‘Categories’ or search feature.

As of this writing there are only 27 extensions available on the Mac App Store, with the majority just available via download from the Safari Extensions Gallery or directly from developers.

While Apple is making an effort to encourage developers and users to use the App Store, it’s probably easiest to install extensions from the webpage with a single click. The Extensions Gallery shows you which ones you already have installed and will automatically place downloaded extensions in your Safari toolbar.

At the bottom of the redesigned page, Apple also shares resources if you’d like to create your own extensions. This past June, Apple released its Safari Technology Preview 33 for developers with a wide range of new features and updates, if interested you can download the preview here.