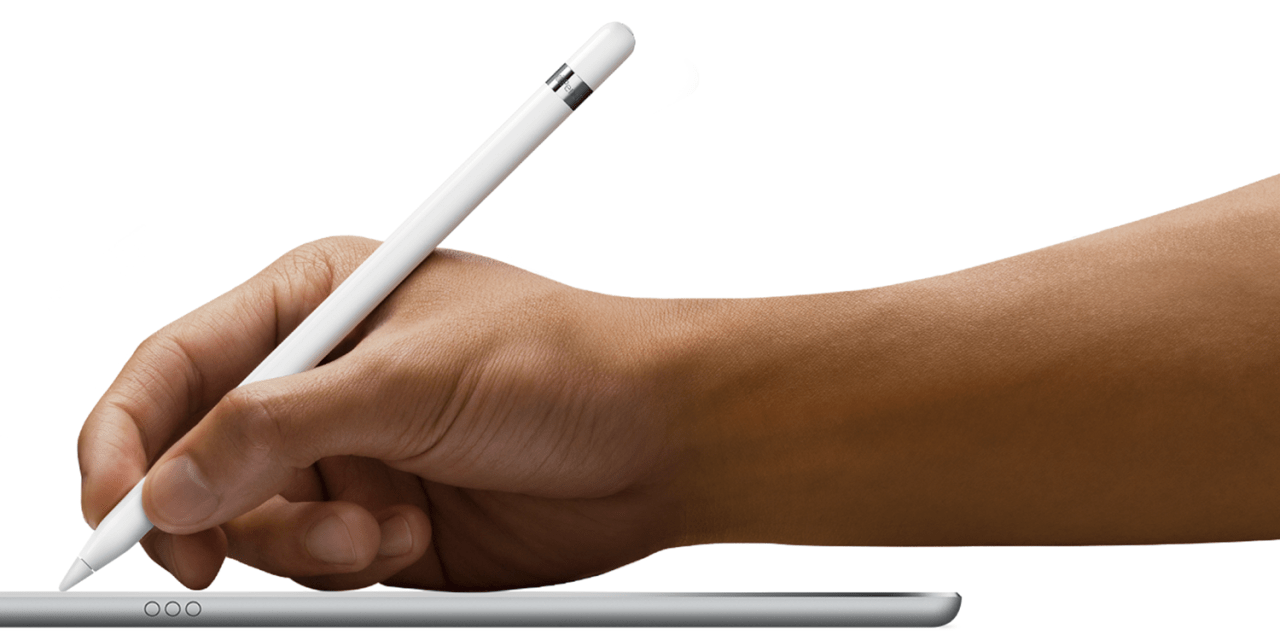 Almost a year ago, a comment by Tim Cook suggested that he had experienced using an Apple Pencil on an iPhone.

Patently Apple later spotted a series of patents describing just this, and two more have been published today …

The site noted that the language is clear.

Today two more patent applications from Apple about Apple pencil working with a smartphone have surfaced. For the first time, Apple’s patent verbiage actually listed the ‘iPhone’ as a target product for Apple Pencil.

In patent application 20170242499 titled “Noise Correction for a Stylus Touch Device,” Apple notes that their patent figure 1 shows a touch screen such as a ‘smartphone or tablet.’ The patent later specifically clarifies that the smartphone and tablet are indeed an iPhone and iPad.

Although an iPhone screen may be small for drawing, iOS 11 adds the ability to use the Pencil to markup webpages, emails, screenshots and more – and of course it can also be used for taking handwritten notes.

While the usual disclaimer applies about Apple patenting many things that never make it into products, this one does seem to me to be more likely than not.

In a poll we ran, a third of you said that you’d definitely use an Apple Pencil with a compatible iPhone, and even more of you said that you might, suggesting significant interest. With Apple also fitting a larger screen size into a smaller form factor in the iPhone 8, Pencil support might also help attract some of those currently using Samsung’s Note devices, the latest of which was announced yesterday.

It has been suggested by some that Apple may create a smaller version of the Apple Pencil for use with the iPhone. Is that something that would increase the appeal? Let us know in the comments.