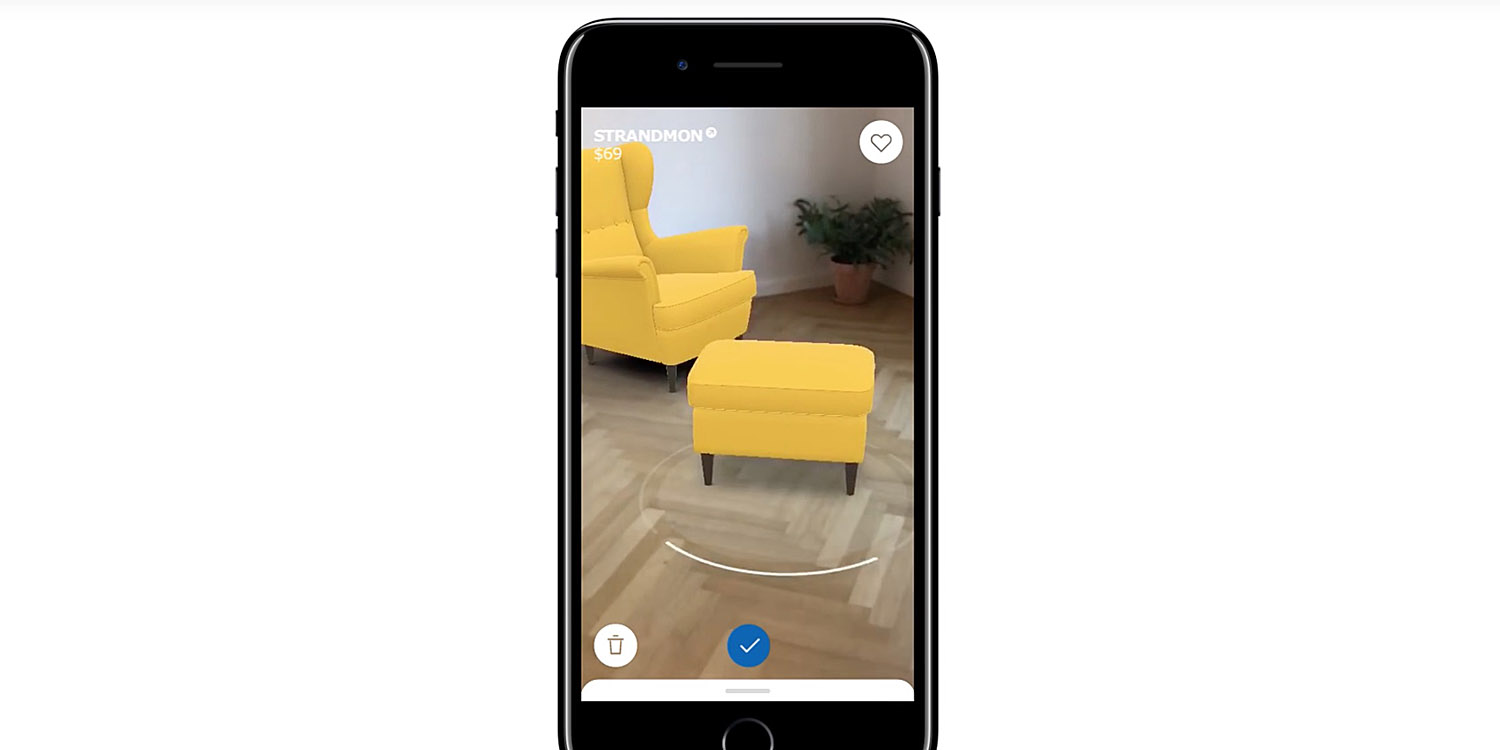 We’ve been learning more about ARKit over the past couple of days, Apple yesterday sharing its Human Interface Guidelines for the technology – and getting a better look at the Ikea app first teased at WWDC back in June.

CNET has teased out a few more details from developers working with the framework, including the somewhat surprising fact that ARKit can’t detect walls …

Another surprising fact is that the dual cameras of the iPhone 7 Plus don’t give it any kind of advantage, despite the benefit that could be gained from using parallax to help sense distance.

However, one likely reason for Apple’s decision not to use dual-camera setups is to allow AR apps to run on the widest possible range of devices, rather than limiting it to just a handful. In principle, it should work fine with older phones, though performance is likely to be better in newer ones with faster processors and a dedicated image processor.

ARKit is also currently limited to using rear cameras, though with the rumored 3D front-facing cameras on the iPhone 8, it’s possible that may change over time.

Developers say that while Google yesterday announced ARCore to allow AR apps to run on Android phones without the special Tango hardware required previously, Apple has one huge advantage. The iPhone maker knows the exact specifications of the hardware of each device.

For example, Apple knows the precise position of the camera and inertial sensors in each iPhone and iPad, allowing it to get the highest precision from the data. Google does not have that same data for all of the many Android devices out there.

As Reuters reported, this allows Apple to achieve accuracy that would normally require additional sensors.

Michael Valdsgaard, a developer with the furniture chain IKEA, called the system “rock solid,” noting that it could estimate the size of virtual furniture placed in a room with 98 percent accuracy, despite lacking special sensors.

Other notable ARKit demo apps we saw yesterday included a recipe app from the Food Network and games from Climax Studios and AMC.