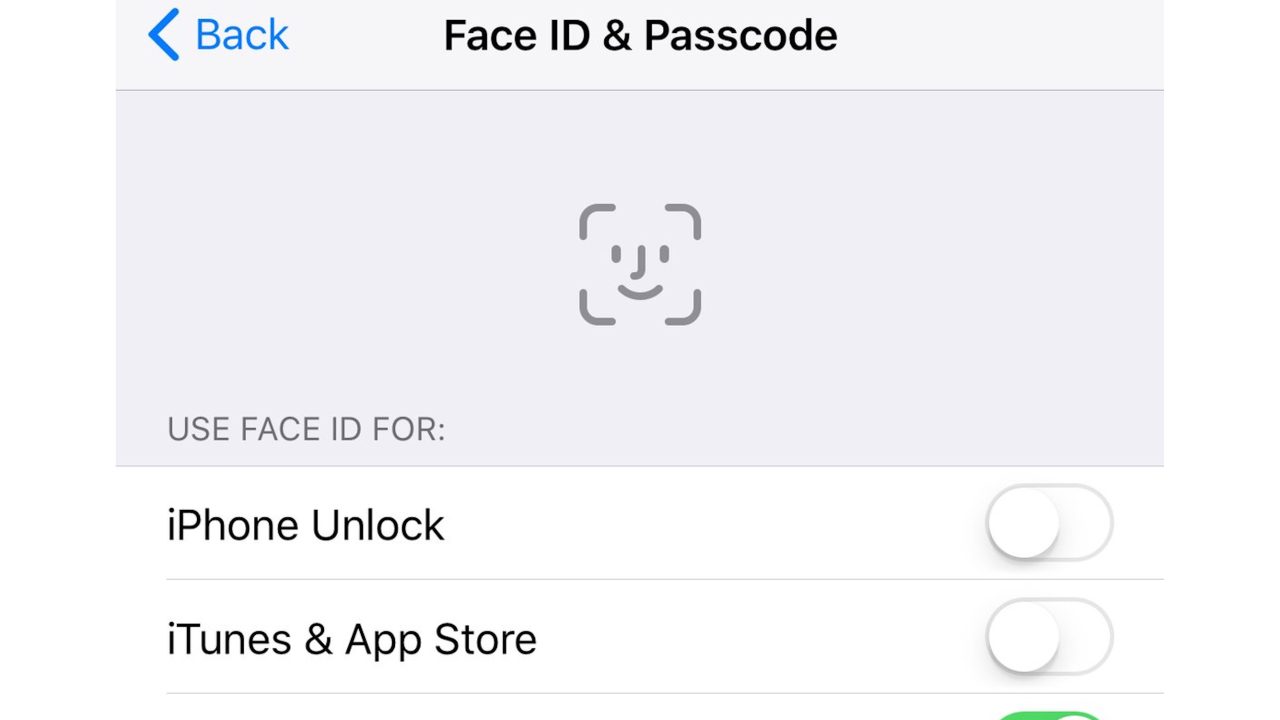 The leaks from the iOS 11 GM continue this weekend. Following information such as a new Portrait Lighting feature and the iPhone X naming scheme, developers have now uncovered additional details on Face ID, the Camera app, and more.

The most interesting tidbit here is a look at the Face ID interface during the setup process. While earlier reports had explained details about how Face ID works, this is the clearest look at the interface. Shared on Twitter by Guilherme Rambo, you can see the square face design outline the face during the authentication process. When the face is recognized, the borders light up and the animation transforms into a smiley face.

The video shared on Twitter isn’t accurate in terms of timing, as Rambo notes. This process relates to the initial setup process of Face ID rather than the unlocking process, much like the fingerprint outline that appears during Touch ID setup.

Rambo has also shared a screenshot of the Face ID preferences. Here you can see the option to use Face ID for things such as iPhone unlock, iTunes and App Store purchases, and Safari AutoFill.

Ideally, Face ID will work passively after the initial setup process as this animation is a bit long to have to sit through every time. For more information on Face ID, check out Greg’s full breakdown from last night.

Rambo also offers a look at the iPhone X’s camera interface. While not a whole lot here is different, you can see the extra black space at the top and bottom to “accommodate the notch and home indicator.” Furthermore, he says the camera shutter button “gives a nice haptic feedback” when running on a 2017 iPhone.

There’s also a new activity indicator when loading a video. The indicator appears in the status bar along the top, which as we noted earlier, is completely rethought on the iPhone X thanks to the notch.

We’ll keep digging through the iOS 11 GM to see what else we can uncover. Read more below.

Authenticating with FaceID looks like this (timing not correct because it's just the UI, not actual auth) pic.twitter.com/kvNUARDQBJ

Preferences screen for Face ID. There's still some lorem ipsum in there 😝 pic.twitter.com/cMlaQ0lpy5

Camera UI will have extra space to accommodate the notch and home indicator. (Sizes not correct because I'm running a 7+, not a D22) pic.twitter.com/8PKxE3R9fY

Camera shutter button gives a nice haptic feedback when it thinks it's running on a 2017 iPhone.

When loading media such as video, the new statusbar shows a different activity indicator pic.twitter.com/fujCF5i50I