iPhone 8/Plus Review: With this traditionally beautiful powerhouse, should you really wait for iPhone X? 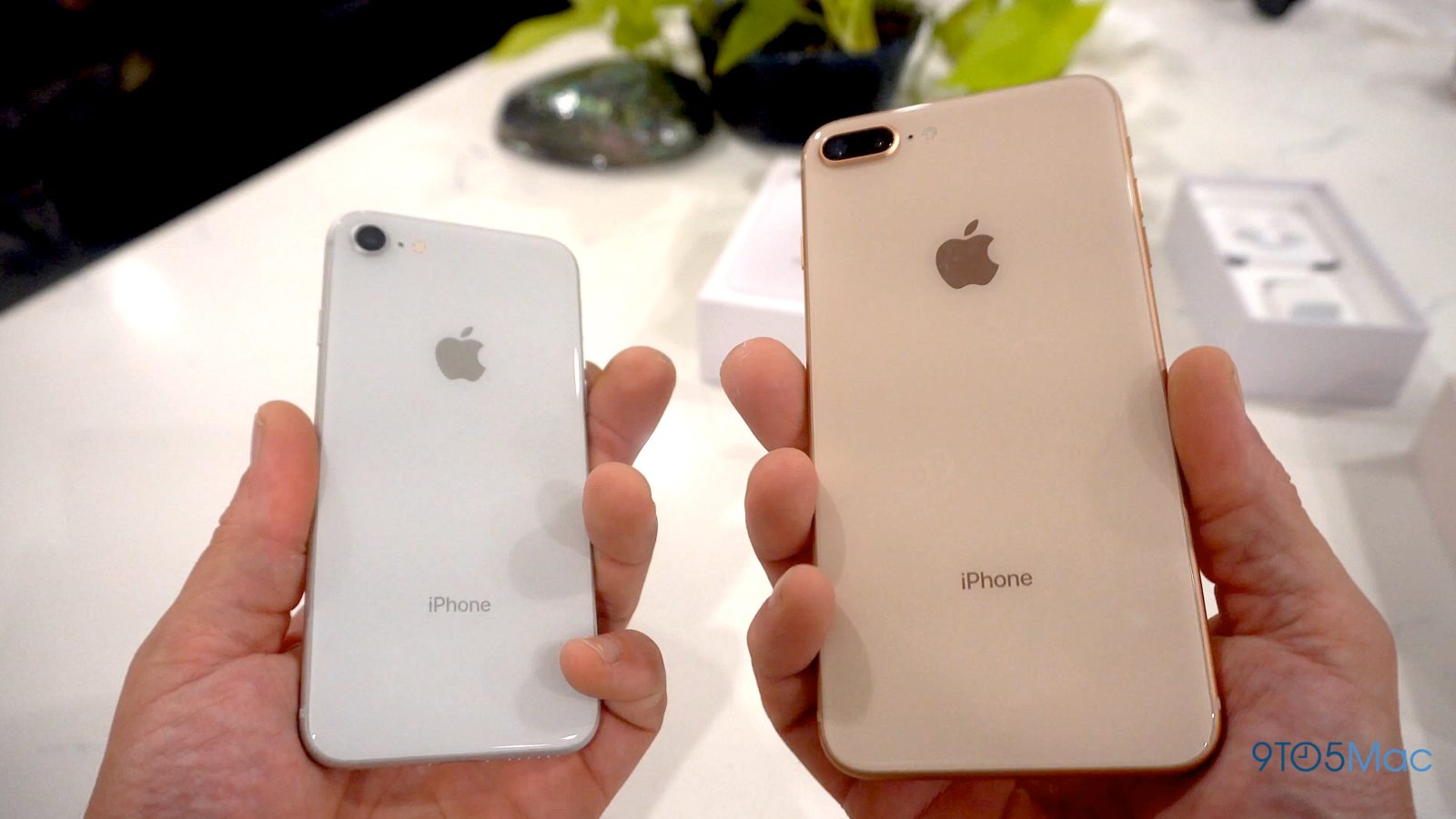 The iPhone 8 and 8 Plus are Apple’s newest handsets introduced during its first event at the new Steve Jobs Theater at its also new Apple Park campus last week. But you can’t possibly consider the new phones without noting that Apple this year is breaking from tradition and launching a third flagship model that is radically different than the 8 and 8 Plus. It’s called iPhone X, as in the 10th anniversary edition of the device. It is smaller than the 8 Plus yet has a bigger OLED screen with a controversial notch and it starts at $1000. We hope to have a review of it shortly.

The iPhone 8, however, is by no means a slouch of an update. I’ve been testing both the iPhone 8 and 8 Plus (following some hands on time with the iPhone X at Apple’s event) and I must say the impressive update is way more than skin deep beyond the shiny new glass exterior…

iPhone 8 and 8 Plus Video Review

But about that glass… for those that are willing to spend on an upgrade purely for aesthetics, to me the new glass material and slightly tweaked colors look and feel decidedly more high-end than the iPhone 7 lineup, although I had only the gold iPhone 8 Plus and the silver iPhone 8 to review.

And it’s not Gorilla Glass 5, I’ve confirmed, because Apple worked with Corning to formulate its own, better-than-Gorilla Glass 5 material. I haven’t drop tested it and don’t plan to but we’ll link up the folks that do those sorts of things when they go public.

The gold model is a more subtle shade this year that is actually somewhere between the gold and rose gold models from the iPhone 7 lineup depending on the light it’s in. The glass on the back is almost a creamy, just-barely gold color compared to darker rose gold accents for the aluminum band around the edges and camera.

If you were wondering, it is indeed the exact same glass as used on the iPhone X, but not the exact same colors for the silver and space gray models – the X models have a sort of iridescent quality that gives the colors a unique look, as I noticed in my hands-on with the device (The X won’t come in gold, yet). 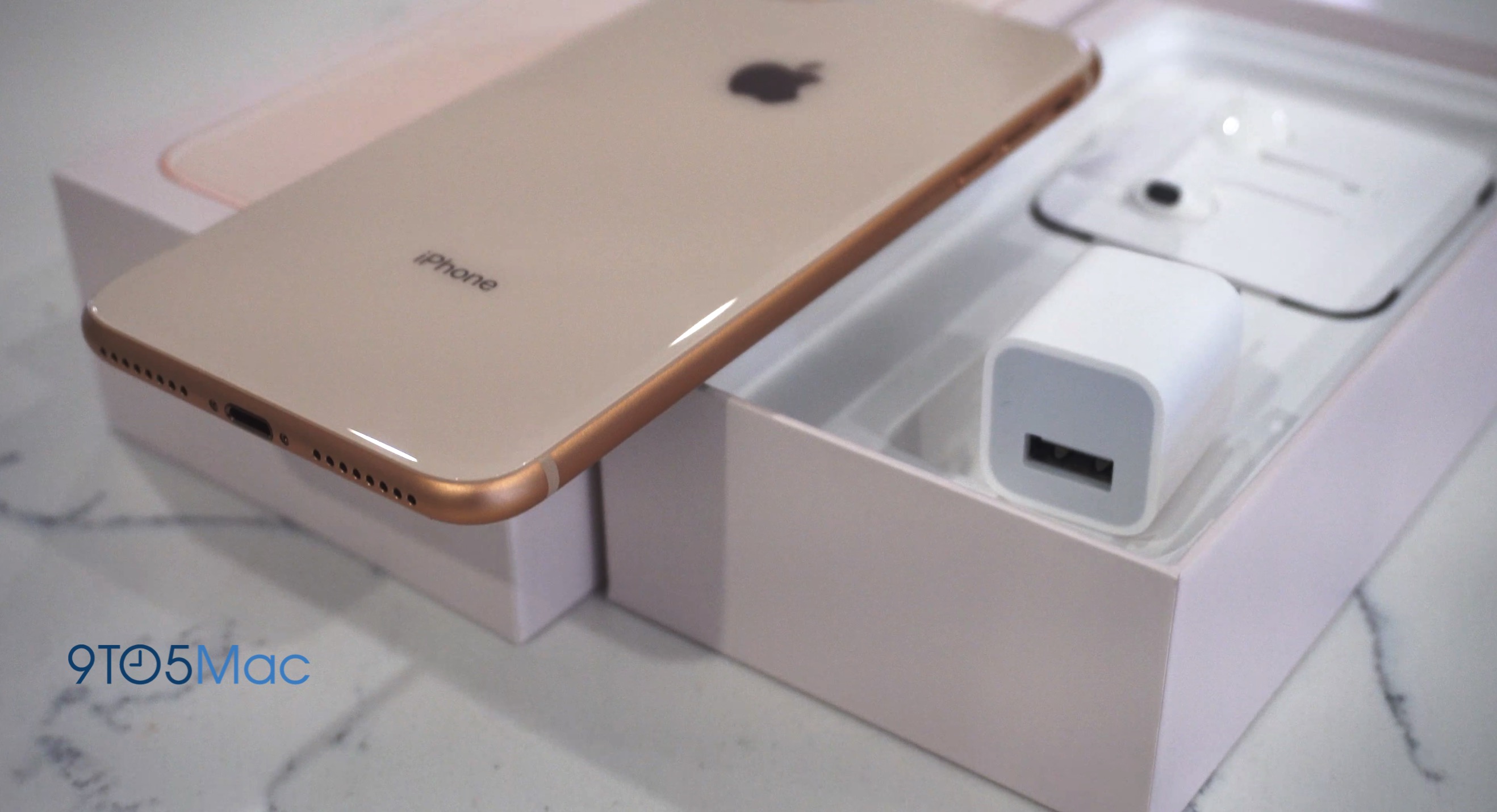 From experience with the stainless steel Apple Watch, I have to wonder how badly the band around the iPhone X will scratch. The 8 and 8 Plus retain an aerospace-grade 7000 Series aluminum band that we already know holds up pretty well.

The silver model too feels more high-end with its mirror-like finish compared to last year’s silver aluminum material. As for the new Space Gray finish, which I had some hands-on time with during Apple’s event last week, it’s similarly a sort of cross between the matte Black and Jet Black models from iPhone 7. That is, a very dark grey color (not unlike the matte Black model from last year) but with the mirror-like finish and feel similar to the Jet Black iPhone 7. 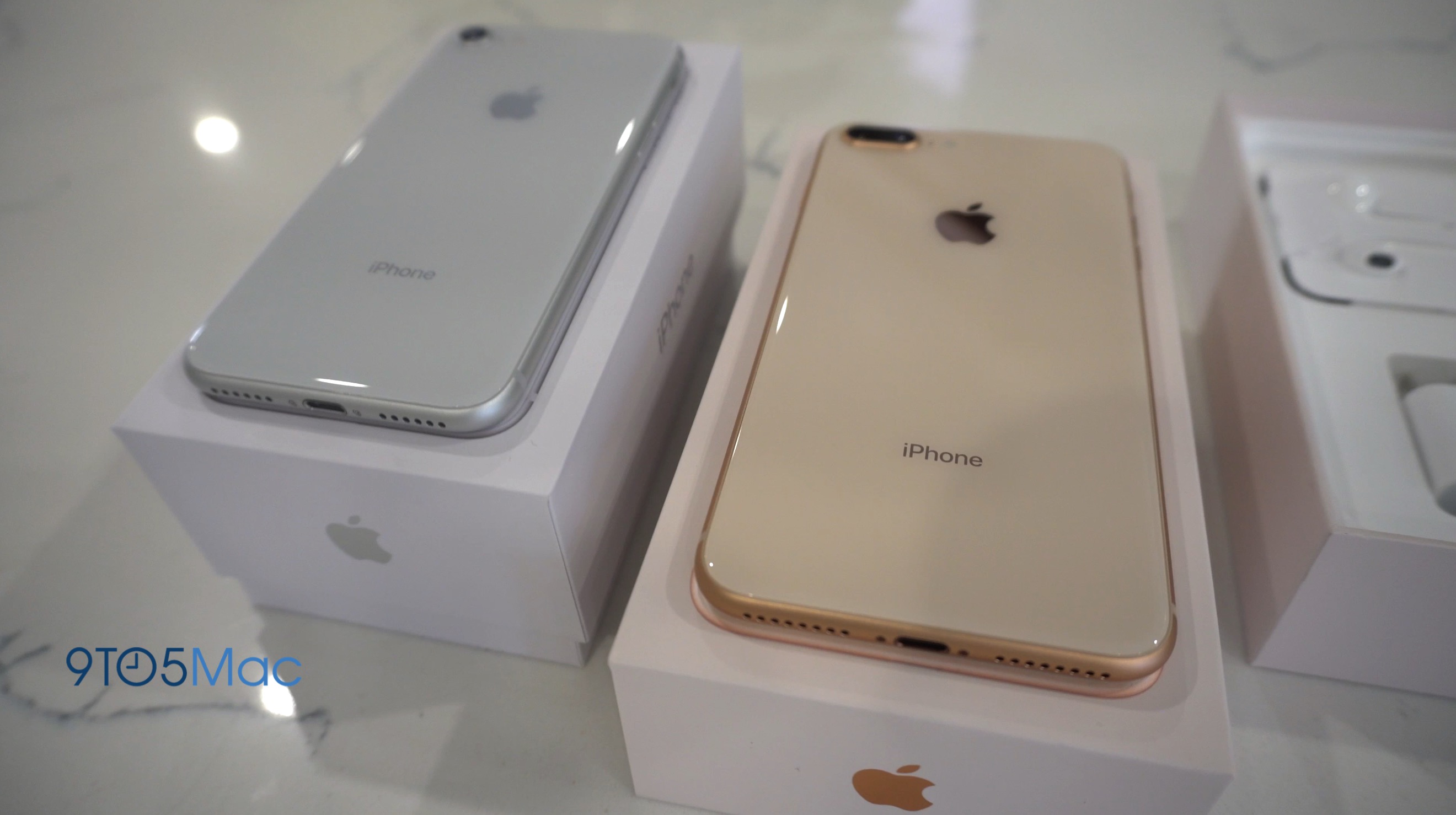 The glass is not a massive change for the overall design of the device, but for most it will certainly feel like a nice upgrade over last year’s models with perhaps some big fans of the Jet Black iPhone 7 being the exception. All of our iPhone 7 cases fit snugly on the iPhone 8 models we’ve tried and should function the same way save for possibly blocking wireless charging access (which mostly depends on thickness). What isn’t new is the white front on the silver and and gold models for the 8 and 8 Plus, unlike the iPhone X which has no white on the front with a little help from its edge to edge display.

Apple also said the new devices have 25% louder speakers, and I can confirm this. It’s not dramatic, but it’s definitely noticeable when comparing side by side with an iPhone 7. There’s a tiny bit more bass in there as well which helps speaker phone calls more than I expected. 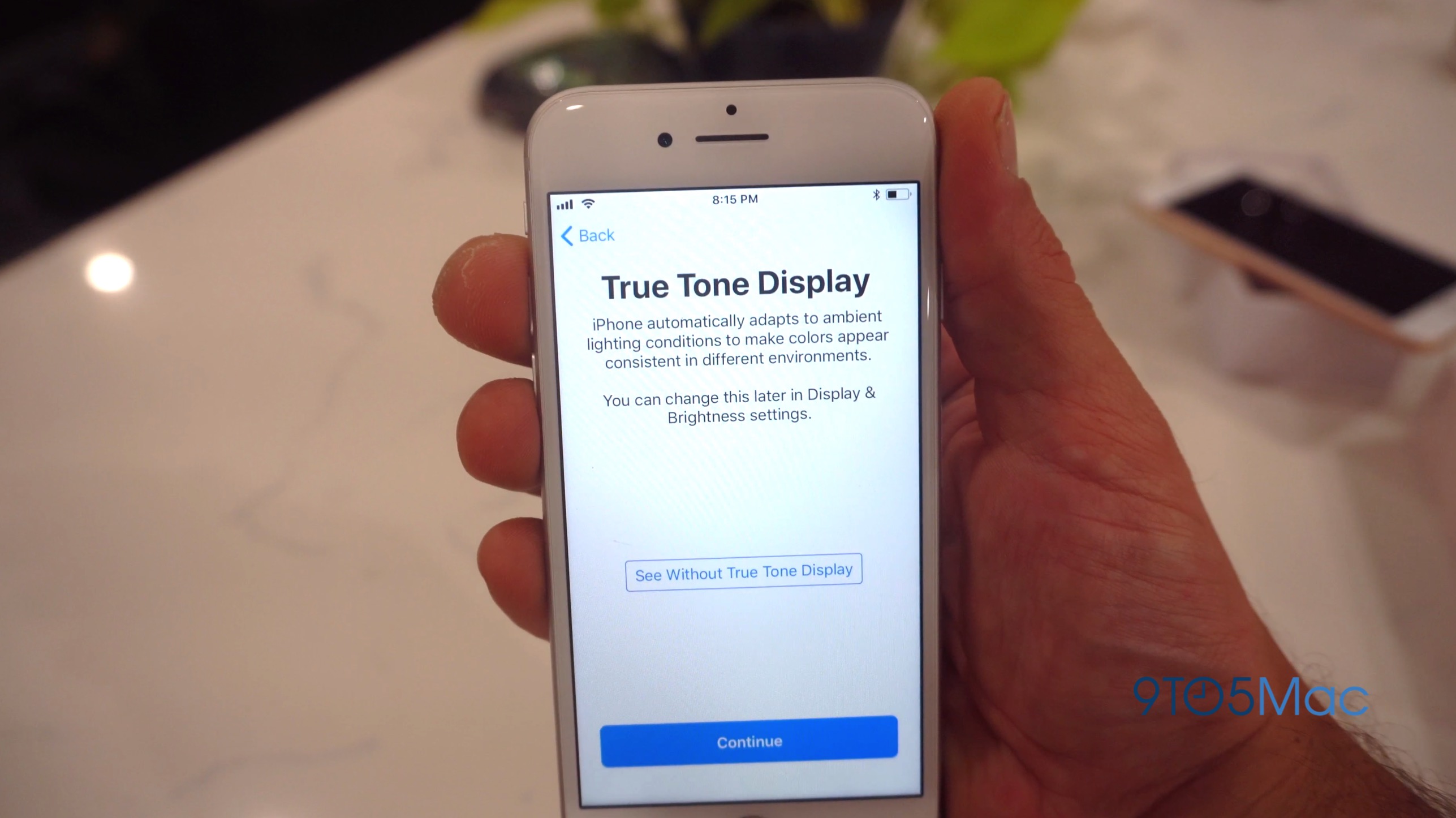 The displays on the iPhone 8 and 8 Plus may not have been given the OLED treatment like the upcoming iPhone X, but what they do have is an all around better-looking hue compared to last year’s models.

Apple has introduced its True Tone technology that adjusts the temperature of the display to surrounding light, and also some improvements to color accuracy and more, and the result is a warmer and easier to read display in more situations when comparing side by side with my iPhone 7.

Apple is using the exact same glass as the back for the front of the device, and that means you can expect a stronger display compared to last year’s models with a “50 percent deeper strengthening layer,” according to the company. The display alone isn’t enough to run to an Apple Store and trade-in your iPhone 7 or 7 Plus, but it’s another noticeable upgrade if you happen to be in the market for the device. 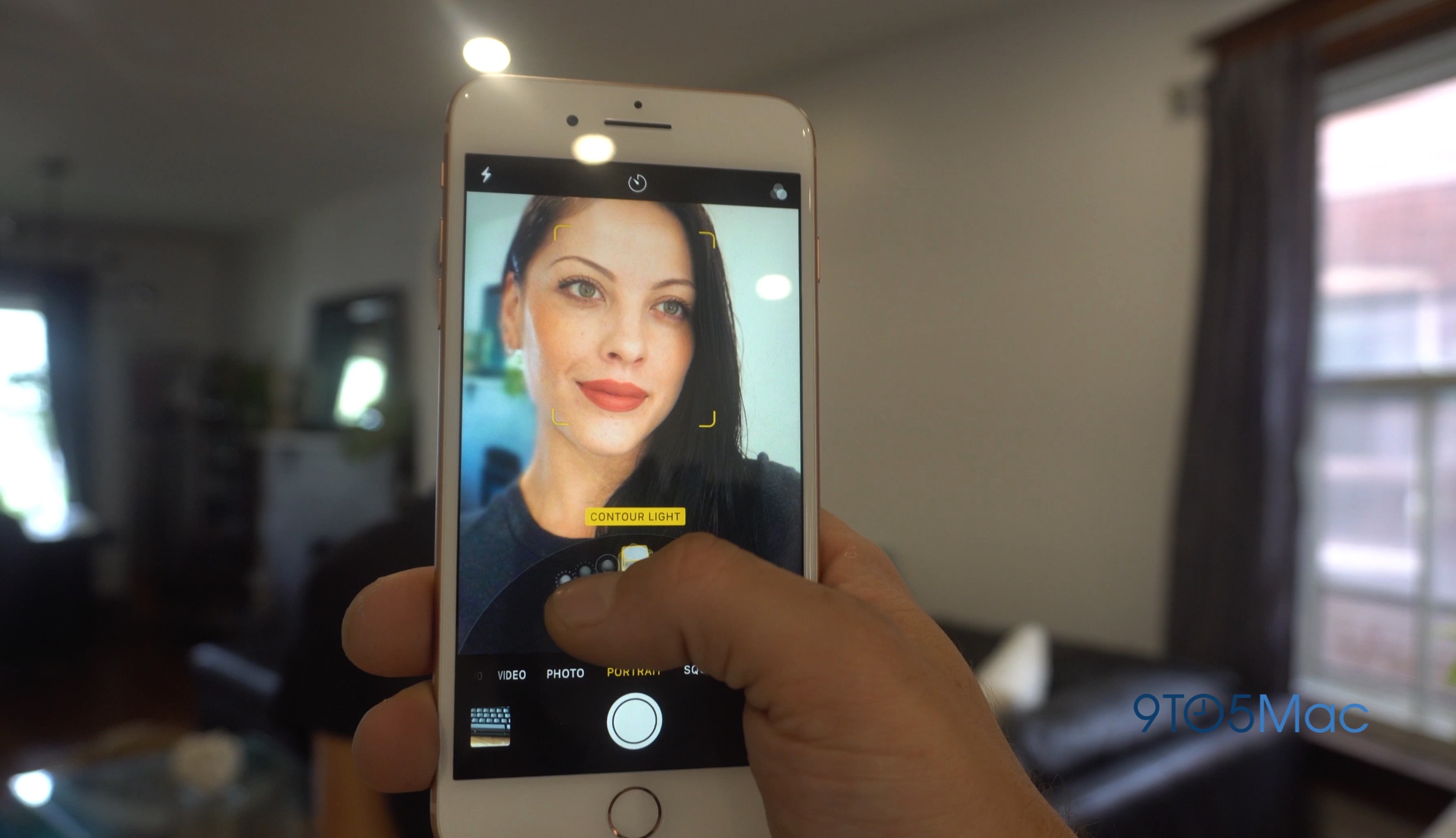 There’s a lot new under the hood to improve cameras and video in iPhone 8 and 8 Plus— a new Apple-designed image signal processor in the A11 Bionic chip, larger and faster sensors, a Quad-LED True Tone flash, an Apple designed video encoder, and more— but what does it mean for users in real-world usage?

The first thing you might notice is zero shutter lag, something Apple told me it has been able to achieve on both iPhone 8 and 8 Plus with a bit of help from the A11 Bionic chip. The iPhone 7 and 7 Plus got close, but the 8 and 8 Plus are the first iPhones with true zero shutter lag and in my tests that truly made for a more satisfying experience when snapping photos.

I also appreciated some new haptic feedback Apple added when you tap the shutter button, a nice touch that makes a lot of sense now that zero shutter lag has arrived. Initially you might think the haptics would blur the pictures but they don’t at all – it’s just enough to make it feel like a real shutter button. And there’s a lot more: you can now shoot 4K at 60fps, and slo-mo at 1080p at 240fps (as you’ll see in the video above).

Here are some real-world shots I took on a tripod with the iPhone 7 (left) and the same shot on the new and improved 8 camera (right). The difference isn’t striking, but the 8 clearly has the upper hand in less than ideal lighting situations.

Like last year, the Plus model is still the only with the new Portrait mode, thanks to its wide-angle and telephoto cameras that the 8 lacks, but this year Apple is adding its new Portrait Lighting (beta).

The feature adds on to Portrait mode, giving you 5 filters that simulate professional photographer lighting, available to apply in real-time or after the shot is taken. I found the feature to work quite well and more often than not enhanced any portrait I took versus my natural light. The feature, however, seems to be specifically suited to portraits of a human face, opposed to the main Portrait Mode that does a pretty good job at shooting inanimate objects as well.

The Studio Light and Contour Light effects consistently performed well, while the Stage Light and Stage Light Mono effects seem to struggle a bit more and often times you can see some issues with masking around the subject’s face (which is perhaps the reason why the feature is getting the beta tag at launch). 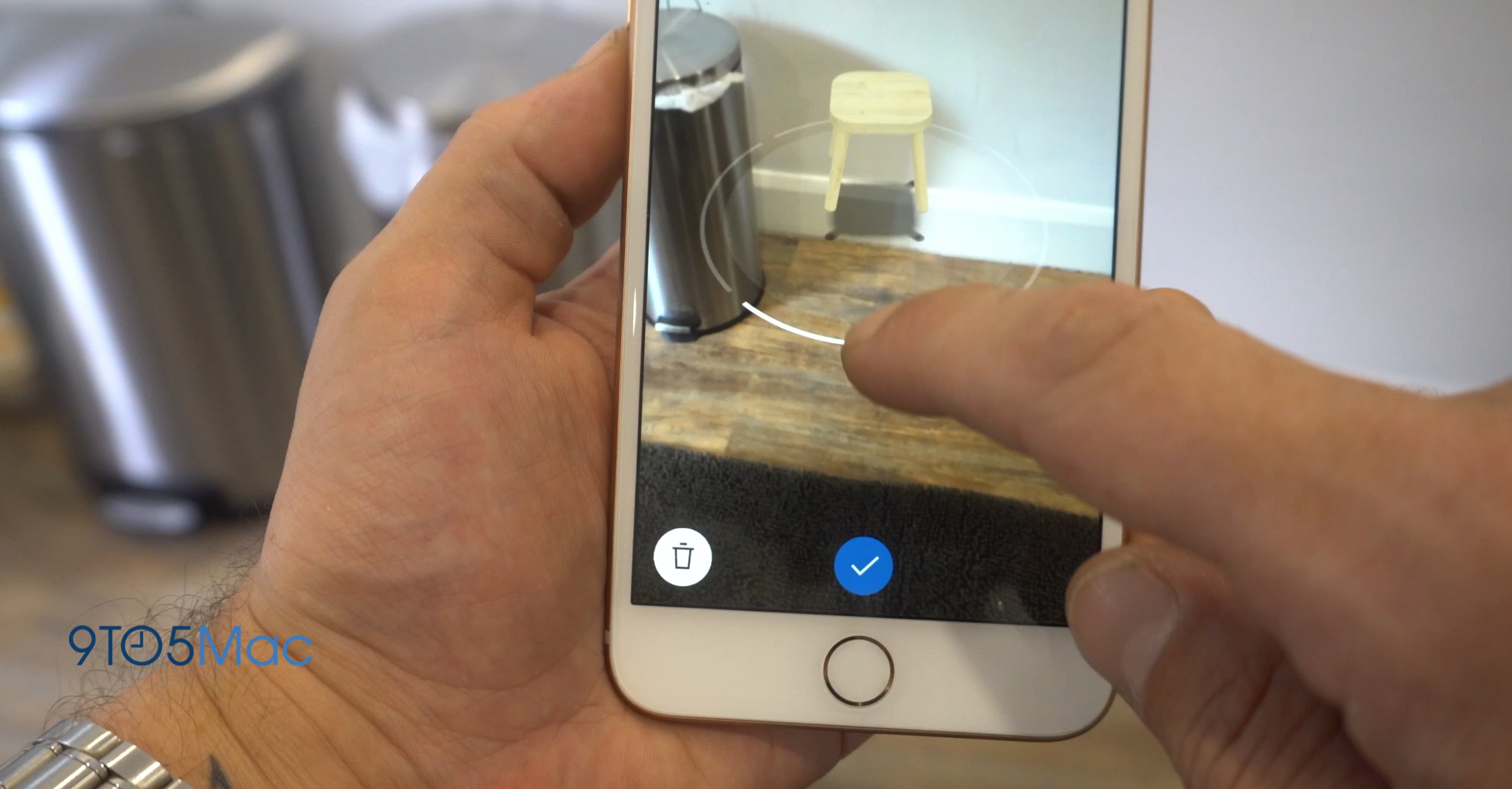 Another piece of the puzzle for cameras is AR. Is augmented reality really better on iPhone 8 and 8 Plus, and how does the iPhone X compare? That’s a big question I wanted to answer after Apple made a point of noting that the cameras and sensors are all better calibrated for AR experiences.

Of note, the AR experience should be the same on iPhone 8, 8 Plus and iPhone X when using the main camera, Apple confirmed to me, since all devices essentially use the same camera system (The front-facing camera on the iPhone X is of course a different story, however, as its true depth camera system allows for some smarts on the front for Face ID and other featurs that the 8 and 8 Plus lack).

What all the fine tuning adds up to for users is an overall smoother experience for ARKit apps on the new devices and iOS 11. It wasn’t always immediately noticeable in every side by side comparison in my short time with the devices, but what I did notice is graphic intensive AR apps performing better on the devices thanks to at the very least the more powerful A11 Bionic chip…

For those interested in the speeds and feeds on just how much faster iPhone 8 and 8 Plus are, below are Geekbench benchmarks I ran on both devices. To put it simply, the iPhone 8 line has a MacBook Pro Intel level processor inside: 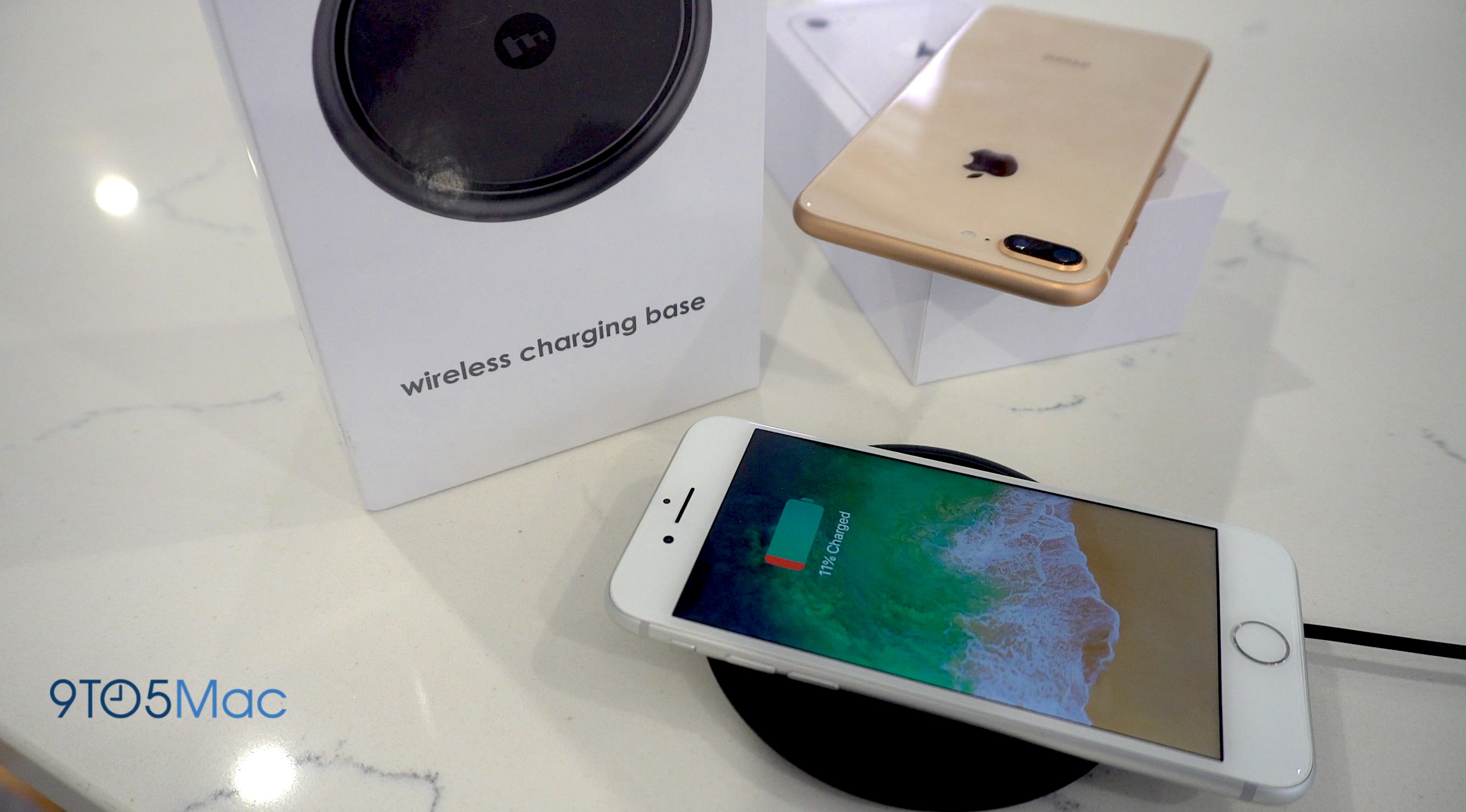 While Apple is in many ways playing a bit of catch up with iPhone 8 and 8 Plus by adding support for the Qi wireless charging standard, the usefulness of this feature for iPhone users can’t be understated. If you already have a car with a wireless charging pad built-in, like my Hyundai Ioniq for instance, you’ll no longer have to buy or use a bulky Qi case to take advantage (although the last piece of this puzzle is wireless CarPlay, which my Ioniq hasn’t implemented and so for the time being I’ll unfortunately still require a cable connection). For me, once my vehicle supports wireless CarPlay, the wireless charging capabilities on the iPhone 8 and 8 Plus alone almost make the upgrade worth it.

While Apple doesn’t share any specifics publicly on how fast the new iPhones will charge over wireless, the company told me they should charge about the same speed as the 5w charger that comes in the box, and an update coming later this year that will enable 7.5 watts charging will make it a bit faster.

While Apple is supporting the Qi standard, it plans to identify the chargers that work best with iPhones, and the few that don’t play so nice. But for the most part, iPhone 8 and 8 Plus should work with any Qi chargers you come across. 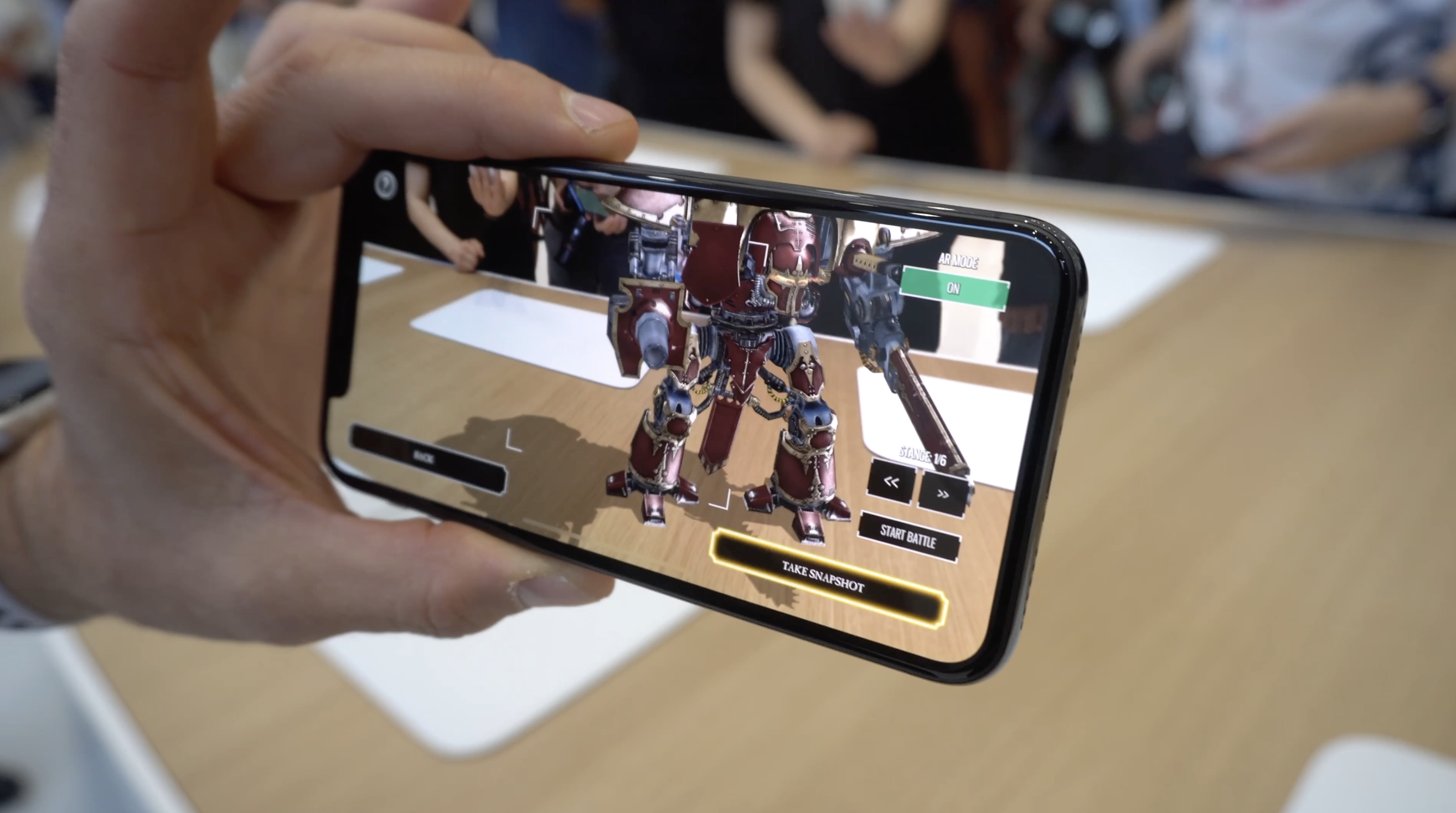 Perhaps for many the real review for iPhone 8 and 8 Plus will be a comparison to reviews for the iPhone X when it comes out in the coming weeks. If that screen notch or the lack of a real Home button bothers you, and the $999 price tag doesn’t thrill you, the iPhone 8 and 8 Plus are still some of the best phones on the planet. More importantly, Apple didn’t hold a whole lot back from iPhone 8 and 8 Plus as far as smarts and power under the hood goes.

If you’re keeping track, the iPhone 8 and 8 Plus could have (should have?) been the iPhone 7s and 7s Plus, but after spending time with them, wireless charging, the new glass design, and notable camera upgrades feel worthy of the iPhone 8 branding. And for those that couldn’t care less about the iPhone X’s OLED display and Face ID, iPhone 8 and 8 Plus offer a ton more value for money with a traditional look and feel.