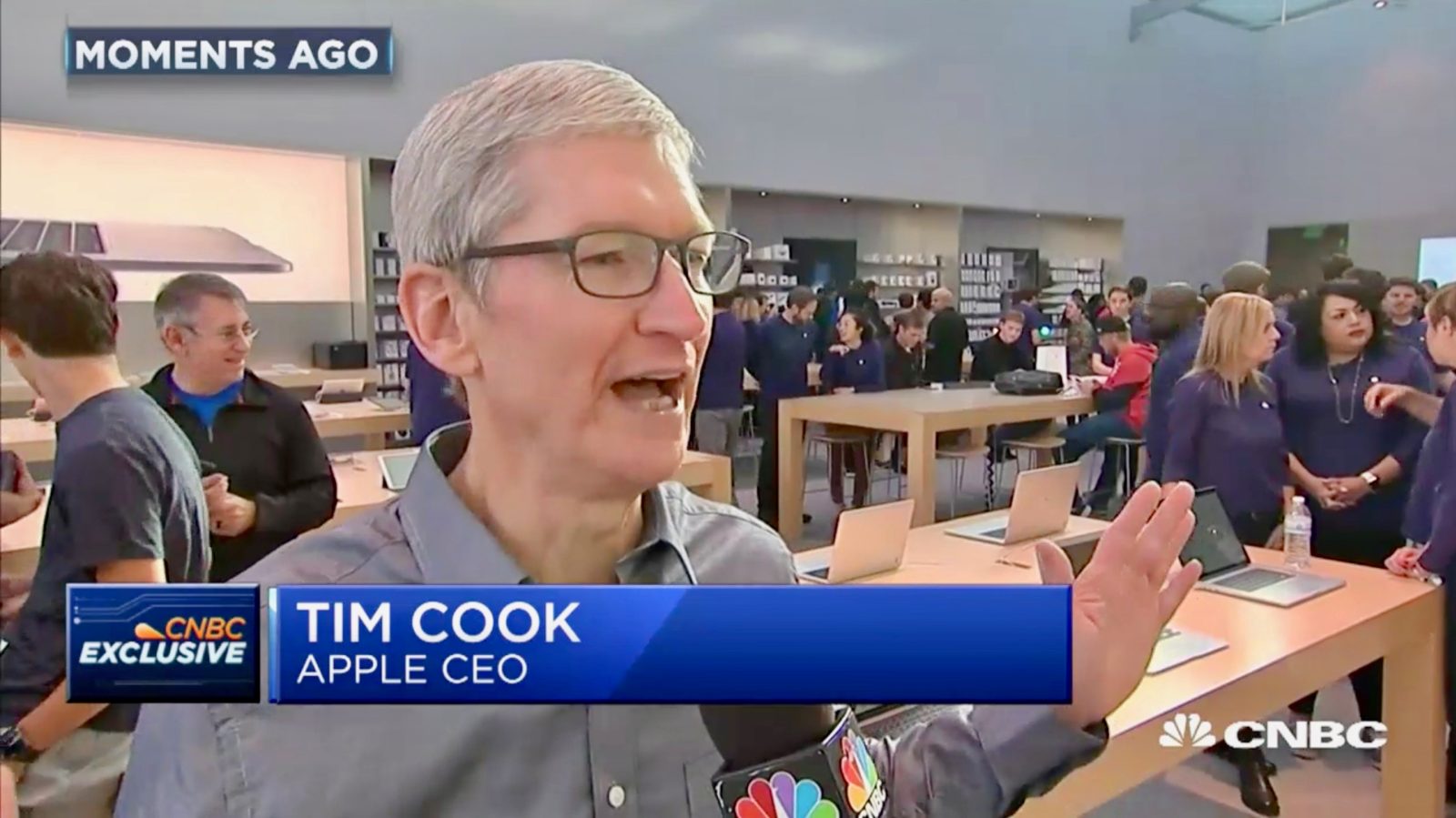 It’s iPhone 8 and iPhone 8 Plus release day, and CNBC caught up with Apple CEO Tim Cook during his ritual Apple Store visit to check in on the launch. Despite the both new iPhones not selling out across the board like previous models (because the iPhone X is coming in November), Cook says ‘we really like what we’re seeing’ with today’s launch. He also acknowledged the reported LTE connectivity bug affecting some Apple Watch Series 3 models.

“The issue is very minor, it will be fixed in a software update,” Cook told CNBC. “It has to do with the handoff between Wi-Fi and cellular, and we’ll fix that. It only happens in a rare number of cases. I’ve been using it for quite a while and it works great. So we’re very happy about it.”

The issue refers to what a couple reviewers experienced when testing the new Apple Watch with cellular connectivity earlier this week. Apple says the problem isn’t with LTE connectivity but instead with how watchOS handles some Wi-Fi networks, and a software update will resolve the issue soon. (In my personal testing over the last week, I have not experienced the issue myself.)

The issue doesn’t seem to be hurting sales:

“Here’s what we’re seeing right now. The watch with LTE — the Series 3 Watch — we are sold out in so many places around the world. And we’re working really hard to meet demand.”

Cook also addressed the decision customers are making between the iPhone 8 and iPhone 8 Plus as well as the upcoming iPhone X due out on November 3:

“Our users are really smart, so they can decide what they want, and we try to help guide them in our stores and I’m sure the carriers are doing the same thing.”

Apple won’t be taking pre-orders for the all-new designed iPhone until October 27 (in part not to cannibalize iPhone 8 sales too much plus production is still only beginning).