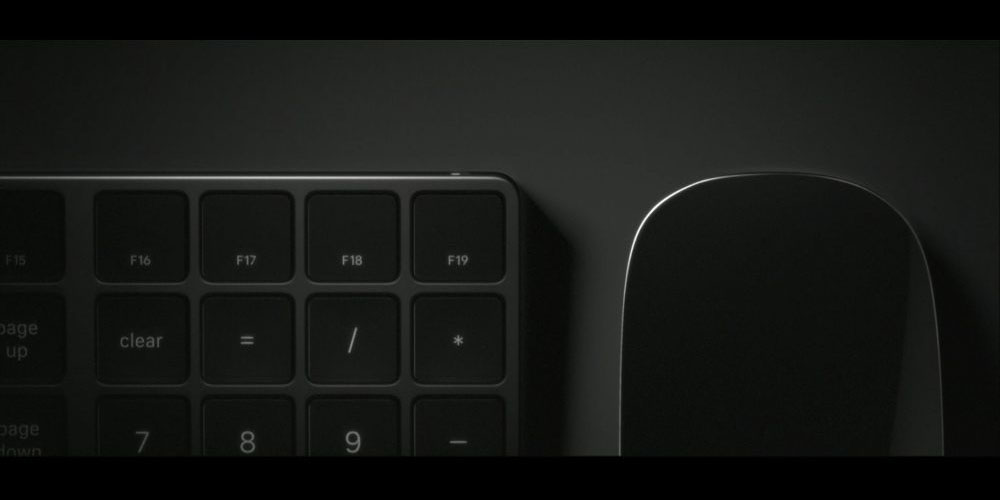 Seven weeks would take us into December, which is when Apple has promised us the new iMac Pro it first teased back in June …

A logical explanation would be that Apple plans a new model of the larger keyboard to coincide with the launch of the iMac Pro. The upcoming machine has been described by Apple as its ‘most powerful Mac ever.’

The current Magic Keyboards do have one obvious feature ripe for upgrade: the Eject key top-right. With Macs having long abandoned optical drives, this is entirely redundant for most of us. For those who do still use DVDs, they can be easily ejected by right-clicking on them in the Finder, so a dedicated key seems superfluous.

One obvious replacement would be a dedicated Siri button. By default, this occupies the same position on the MacBook Pro with Touch Bar, on the right-hand side of the Touch Bar, next to the Touch ID and power button.

The keyboard shown off by Apple back in the summer (below) did still have the existing layout, just in the new Space Gray color, but it may be that this was only a mockup ahead of production of the real thing. The company also indicated then that the Space Gray version would be exclusive to the iMac Pro and not sold separately, so looks like we’ll have to wait and see exactly what the company has planned.

Apple could also be building a Touch Bar-enabled version of the keyboard which we’ve heard before but with the abandoning of TouchID for 3D cameras in all 2018 iPhones and the cold reception the Touch bar has garnered, that would seem up in the air.