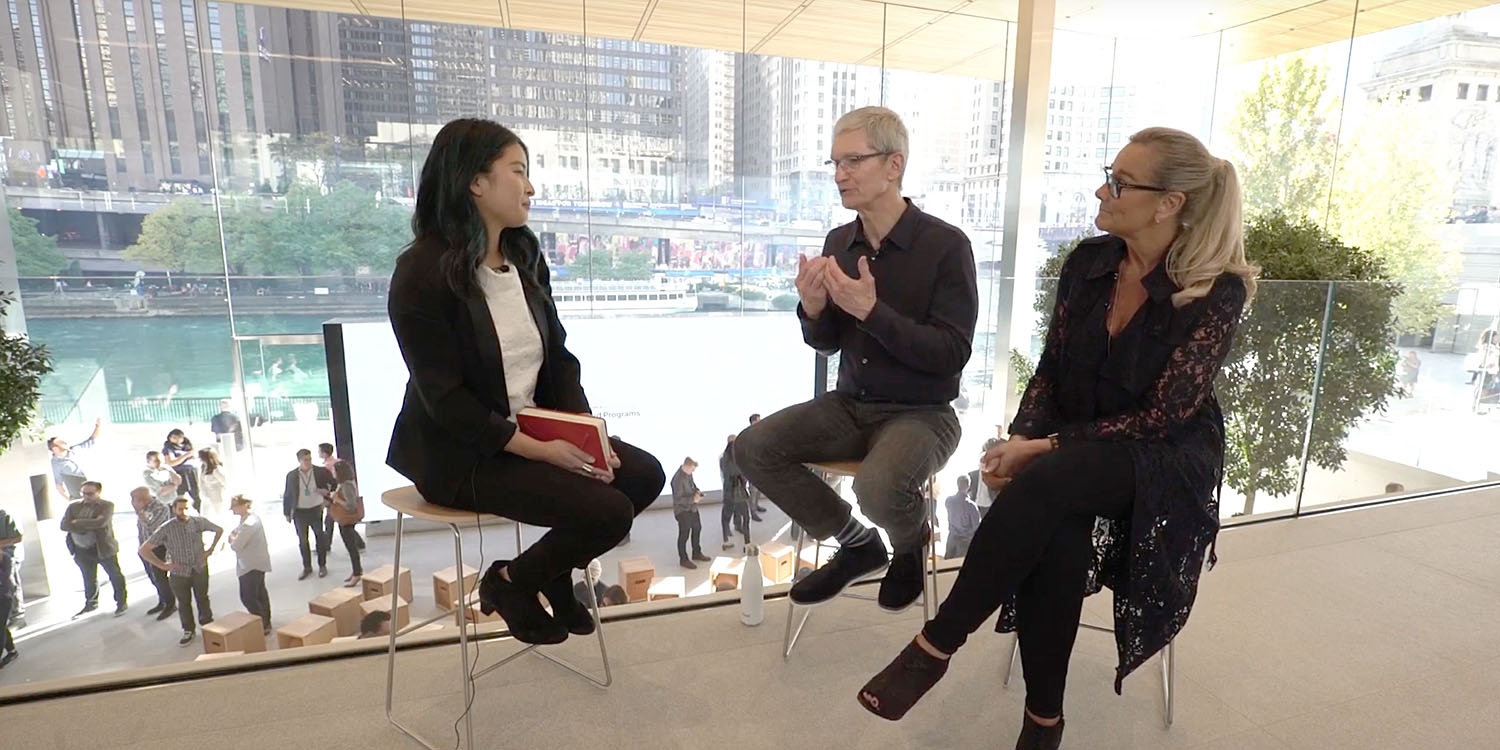 When Nicole Nguyen asked him about rumors that Angela Ahrendts could succeed him as CEO of the company, he suggested Ahrendts might like to answer that one. She dismissed the idea, as you’d expect her to whatever her actual ambitions.

Cook himself wouldn’t be drawn.

I see my role as CEO to prepare as many people as I can to be CEO and that’s what I’m doing and then the board makes a decision at that point in time.

Asked about the iPhone X, Cook said that it ‘sets the tone for the next decade in new technology,’ but could offer no reassurance on availability of the device when it finally goes on sale.

We’ll see what happens, but we’ll be working as hard as possible to make as many as possible.

You can watch the full piece below, in which Cook also says that while the company doesn’t take sides in politics, it does speak up on policy issues.