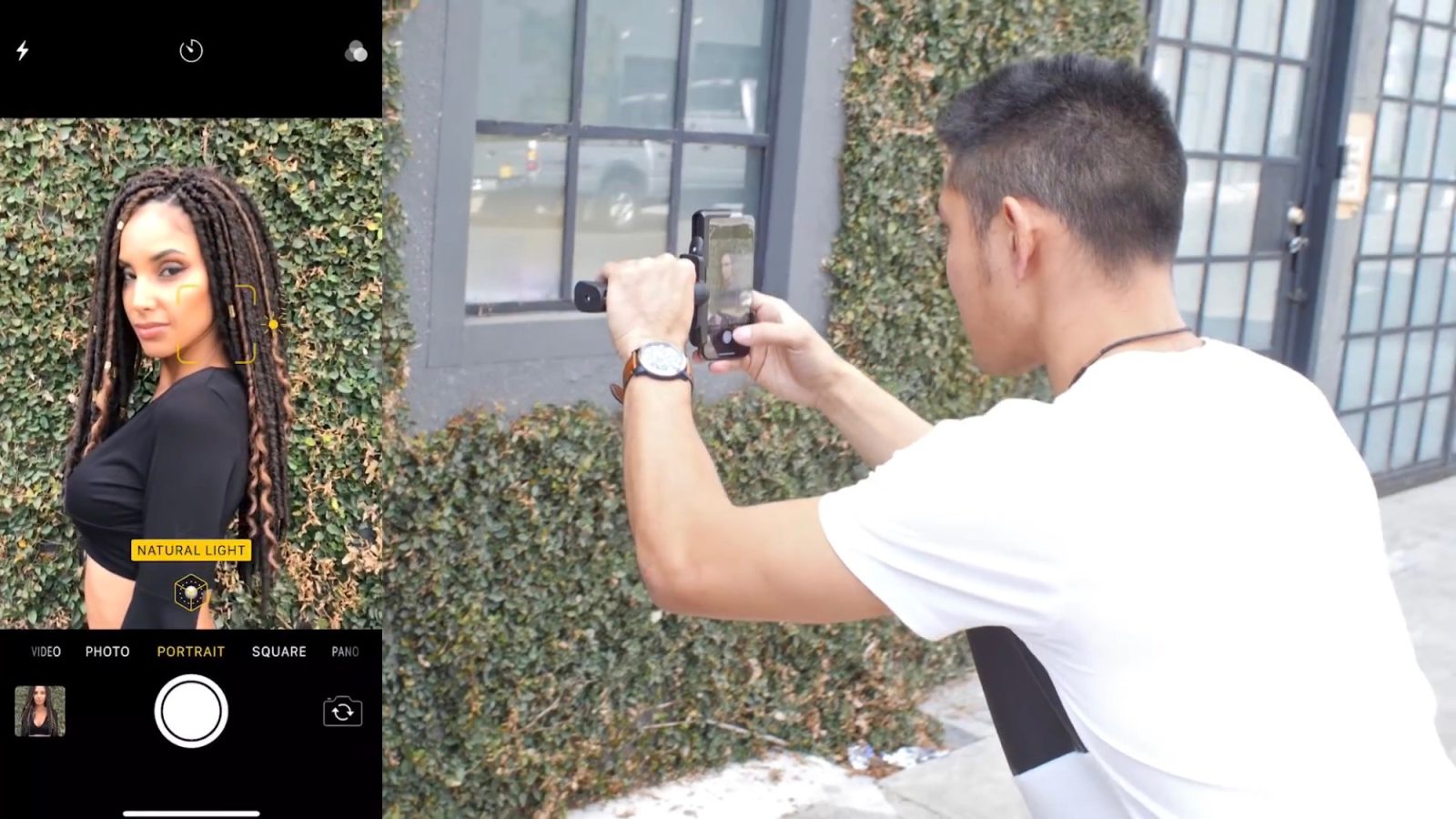 Alongside the introduction of the iPhone 8 Plus and X this fall, Apple introduced Portrait Lighting, a camera effect designed to simulate specific lighting conditions normally only found in a studio environment. These lighting effects, combined with the background-softening depth effect introduced wth the iPhone 7 Plus, are designed to make shooting professional looking portraits easy.

Putting this claim to the test, photographer Daniel DeArco used an iPhone X to compare the results Portrait Lighting to actual studio lighting in a comparison video.

9to5Mac’s Jordan Kahn noted in his review of the iPhone 8 Plus that while Portrait Lighting worked well, it is still somewhat limited. DeArco came to a similar conclusion with Portrait Lighting on the iPhone X, finding that side by side, the effects did typically make for a better photo, but were unsurpsingly still no comparison to a studio full of equipment.

The iPhone X’s camera has had its feet held to the fire in the week following its release, scoring a 97 on DxOMark, and going head-to-head against a professional mirrorless camera. A short film has also been filmed entirely with the phone.

Apple has provided their own tips for those looking to shoot better photos with Portrait Lighting on the iPhone X and 8 Plus. Have you used Portrait Lighting? How well has the feature worked for you? Let us know in the comments, and watch the full comparison video below.