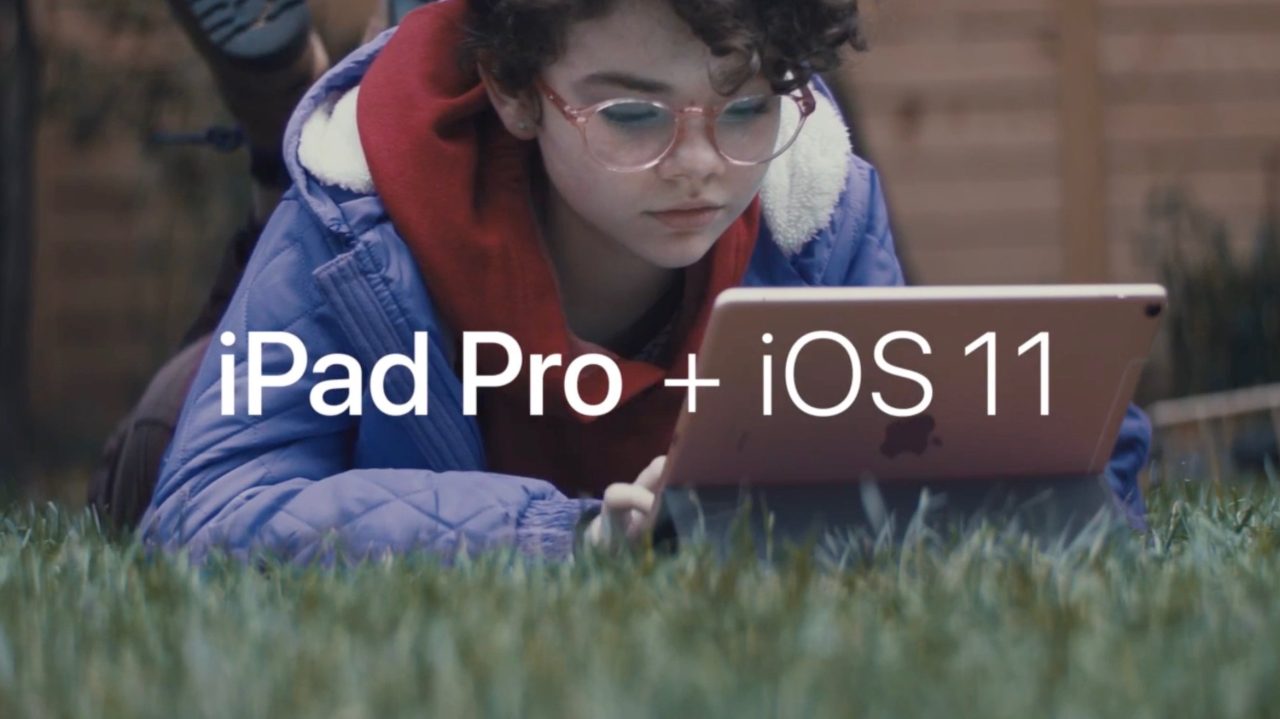 Apple today has shared a new iPad Pro ad touting how it can act as a PC replacement. This is the same angle Apple has taken in several previous advertisements, but this is the first one to focus on the iPad Pro enhancements included with iOS 11.

The ad features a young kid using a 10.5-inch iPad Pro paired with a Smart Keyboard and Apple Pencil. Throughout the ad, the eager kid can be seen writing papers with Microsoft Word, snapping images with the rear camera, sharing annotated screenshots with friends, and more.

The focus is heavy on iOS 11 features such as annotation support for screenshots, the new Dock interface, and more.

Apple is targeting PC switchers with this ad, which is even titled “What’s a computer.” The description for the video also notes of the PC power, touting that “with iPad Pro + iOS 11, a post-PC world may be closer than you think.”

Apple’s marketing for the iPad Pro has heavily focused on attracting PC switchers. Earlier this year, the company launched a viral ad series that featured real tweets from frustrated PC users. Those ads ran on social media platforms like Facebook, Instagram, and Twitter. Today’s ad, however, seems destined for television and comes in at 1-minute long.

The new ad can be seen below. Do you think the iPad Pro can truly be a PC replacement like Apple makes it seem? Let us know down in the comments!