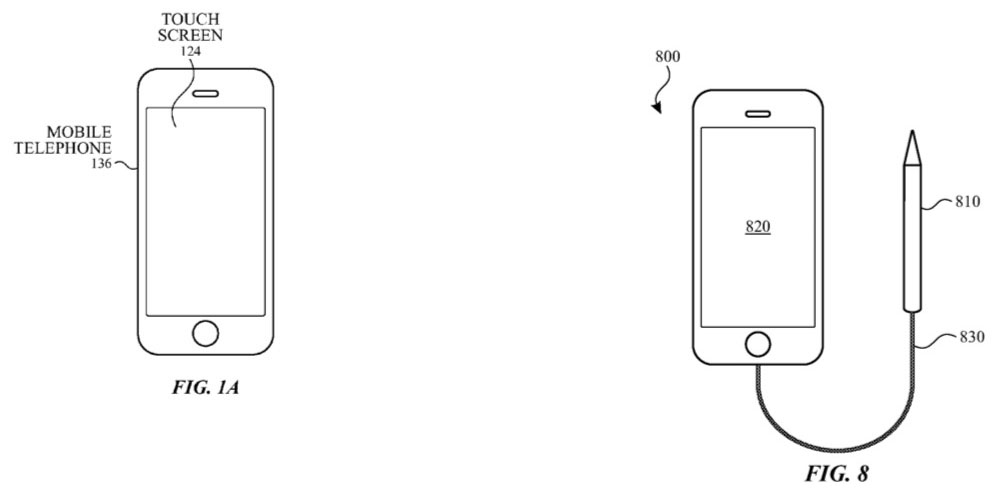 We’ve seen a succession of Apple patent applications for the idea, and a new one has been published today.

The patent itself is a pretty technical one on an efficient method of identifying the position of the pencil on a touchscreen, where the device first identifies the approximate position and then activates smaller sensors in that region to provide the precision needed for a pencil.

The patent also talks in generic terms about touchscreen devices, but a couple of the drawings (above) are immediately recognizable as iPhones, one of them even specifically labelled as a mobile phone.

One report went as far as suggesting that Apple may bundle a smaller Apple Pencil with a 2019 iPhone, though that idea seems far-fetched. But support for use of an Apple Pencil on a future iPhone does, to me, seem more likely than not – even if the primary use is annotation rather than drawing or writing.