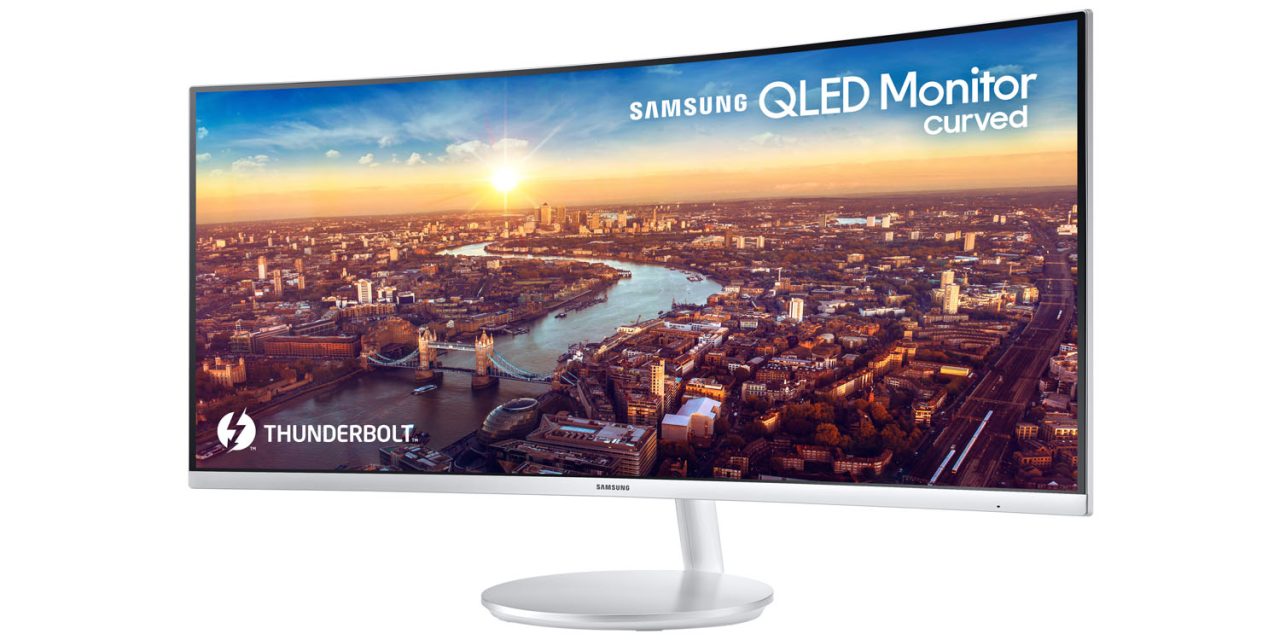 It’s a couple of weeks since LG announced its upcoming 34-inch ultrawide Thunderbolt 3 monitor, and now Samsung has done the same.

Samsung claims that the QLED monitor offers deeper blacks and brighter whites than OLED, but the color space is just 125% of sRGB, so lagging significantly behind monitors like LG’s UltraFine range. It does, though, deliver 85w of power via the single USB-C connection, making it a solid one-cable solution for 15-inch MacBook Pro owners.

The monitor is primarily pitched at gamers, offering a 4ms response time and a special ‘game mode.’

A host of integrated gamer-friendly features also gives users an extra edge on their adversaries with Game Mode, which contains a dynamic gamma setting that intuitively adjusts color and contrast of each individual scene to produce a true-to-life environment. The CJ791’s four milliseconds (ms) response time also ensures smooth transitions between scenes, making it ideal for racing, flight simulation and first-person battle games.

As with LG, Samsung hasn’t yet announced either pricing or availability, but we should learn more at CES shortly.

What’s exciting to me about these developments is not that either company has yet hit my desired sweet-spot, but rather that we’re finally seeing USB-C/Thunderbolt 3 monitors in larger sizes. My perfect monitor may not be here yet, but with LG’s resolution and Samsung’s curve and design, we’re getting close to putting all of the elements together.

Does either monitor appeal to you, or are you holding out for a hybrid of the two? Or something else altogether? Let us know in the comments.