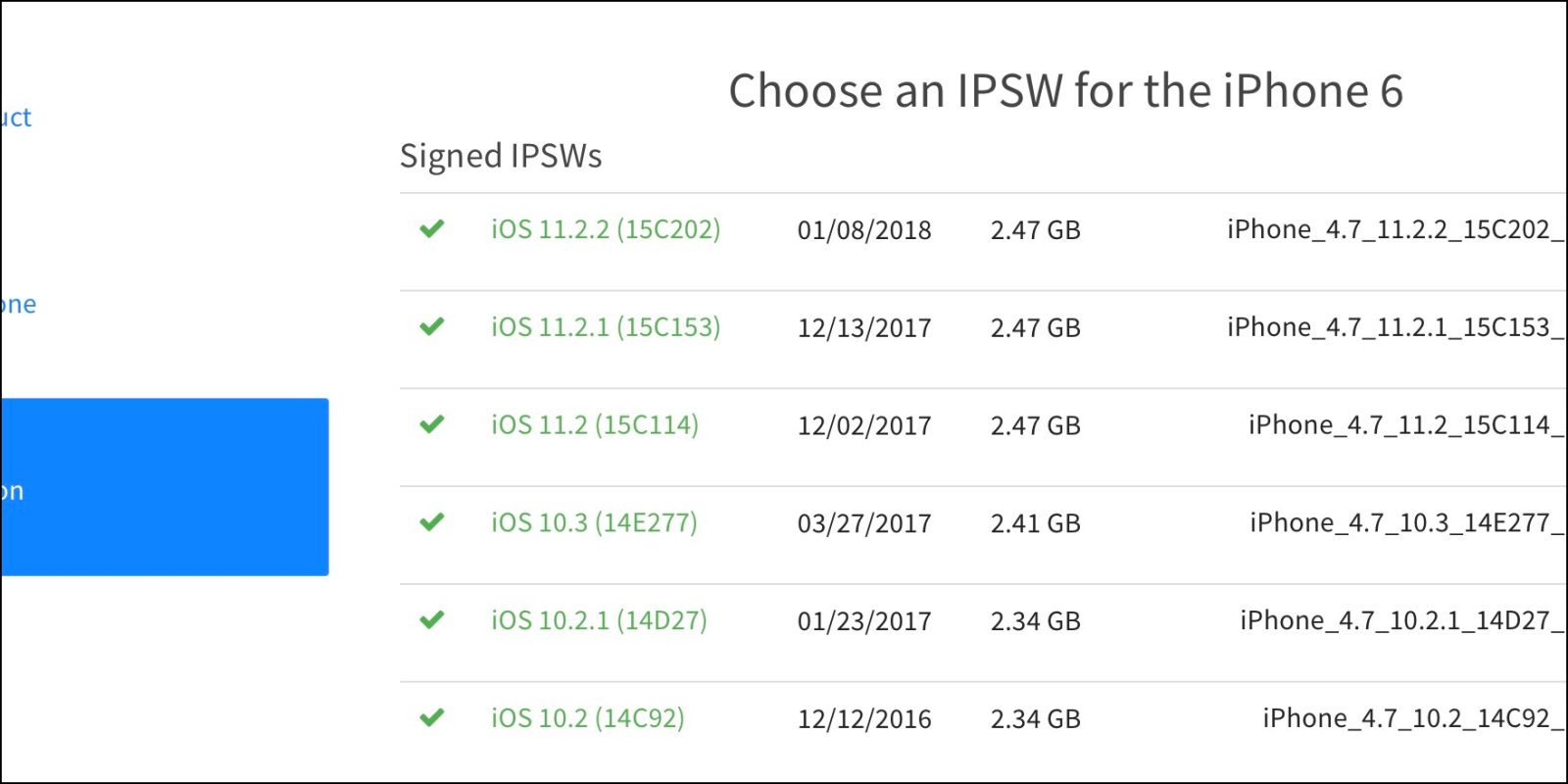 [Update: Party’s over! Older OS versions are no longer being signed once more. As suspected, it was an accidental change and has been reverted. Original story below …]

Apple is currently signing iOS 10 version updates for many devices including iPhone 5, iPhone 6 and iPhone 7 models as shown by IPSW.me. Whilst the upgrade servers remain in this state, users are able to downgrade from iOS 11 by restoring their firmware to iOS 10.2 and 10.3.

It is not clear why Apple is suddenly allowing this to happen and there is a good chance it is a bug. If you want to downgrade your OS, get in quick before Apple reverts back to signing iOS 11.2 and later only.

Again, Apple has announced a policy change so at the moment the most likely scenario is that this is unintentional and will be reverted soon, unless the company says otherwise.

Right now though, you can take an iPhone 6 running the latest version of iOS, iOS 11.2.2, and use an iTunes firmware restore to go back as far as iOS 10.2. Usually, Apple aggressively stops signing older operating system versions.

Before this strange blip, it was not possible for disgruntled iPhone and iPad users to go back to iOS 10 from iOS 11. This has been Apple’s standard policy for years.

Notably for iPhone 7 owners, this means it is possible to revert back to a version of iOS that does not include Apple’s advanced power management performance throttling for degraded batteries. Apple added this behavior to iPhone 7 with iOS 11.2, after bringing it to iPhone 6, 6s and SE last year with iOS 10.2.

iOS 6 and iOS 7 are also being signed according to the IPSW.me tracker although most users attempting to go back that far are hitting hurdles with activation and other issues.

Whilst is still possible to abuse the signing relaxations (as shown below), if you are not particularly technically minded it seems best to stick to an iOS 10.x release which are not experiencing activation problems.