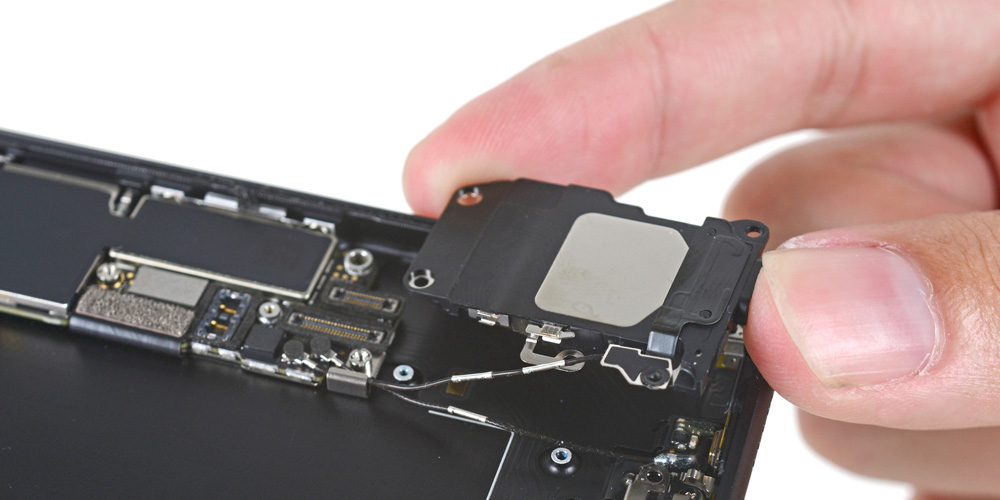 Amid Apple’s ongoing battery repair program, iFixit today reports that “Right to Repair” legislation is gaining traction. The site explains that so far this year, 17 states have introduced bills that would reduce repair costs by opening up parts and tools to independent repair shops…

Right to repair would give consumers and independent repair shops the legal right to purchase spare parts and access service manuals, giving consumers a wider array of options when it came time to fix an issue with their device.

iFixit and Repair.org note that while none of the legislation introduced so far this year has been passed, Apple’s throttling of iPhones with older batteries is playing a role in the increasing push for right to repair.

While none of the laws have passed yet, legislative activity is increasing dramatically. Apple’s throttling of iPhones has increased scrutiny on the barriers to repair, and the need for Right to Repair reforms. Hearings are being scheduled across the country.

Since Apple announced $29 battery replacements for iPhone users, Apple Stores have been slammed with customers seeking such service. theoretically, right to repair would mean more stores could offer the replacements – perhaps even cheaper – and make wait times shorter.

Right to repair is an issue that has been incredibly contentious in the past. Apple and other major companies have long fought against the idea, refuting legislation and policy in states such as New York and Nebraska.

For instance, last week Washington’s Technology committee held a hearing regarding right to repair with strong support from local businesses and non-profit organizations. Trade associations were there, however, to oppose the bill “at the direction of Apple and John Deere.”

Here are the 17 states pushing new right to repair legislation so far in 2018:

Whether or not any of this legislation passes remains to be seen, but with support for right to repair mounting, Apple’s battle against it has seemingly gotten harder.

Do you think right to repair legislation should be put into place? Supporters argue that it would lower the price of repairs for consumers and give customers more options for having their devices serviced. Let us know down in the comments.

Right to Repair legislation is picking up steam. So far in 2018, seventeen states have introduced right to repair bills despite strident opposition from some manufacturers. This bipartisan legislation would reduce repair costs by giving independent repair shops access to the parts, tools, and information that they need to repair electronic equipment.

While none of the laws have passed yet, legislative activity is increasing dramatically. Apple’s throttling of iPhones has increased scrutiny on the barriers to repair, and the need for Right to Repair reforms. Hearings are being scheduled across the country. Last Tuesday, Washington’s Technology committee held a hearing (video, testimony starts at 59:00) with strong representation from local businesses and non-profit organizations. They were opposed by trade associations at the direction of Apple and John Deere. Tomorrow, Minnesota will hold a hearing in the Consumer Protection Committee at 9 AM. New Hampshire has also scheduled a hearing in Concord on February 13.

Apple and other electronics manufacturers continue to oppose Right to Repair despite huge popular support. They argue that providing repair information to independent shops would threaten their intellectual property and engender dangerous modifications. Increasingly, state representatives are rejecting these arguments. Representative Jesse Young, R-WA, responded in last week’s hearing: “Code isn’t scary to me. I see code all day in my life. It’s nothing different than when I was working under my Impala’s hood. That’s led to American innovation.”

Across the nation, pressure is mounting and consumers and businesses are demanding action. Bloomberg has called on Apple to change their business model and embrace independents. At the local level, Nebraska’s Journal-Star ran a letter today calling to restore “farmers’ right to repair with fair-minded legislation protecting basic consumer rights.”

Supporters of the legislation include digital rights activists like EFF, environmental and consumer groups such as U.S. PIRG, BAN, and the Silicon Valley Toxics Coalition, agriculture organizations including state and national Farm Bureaus, as well as repair franchise iCracked, online repair community iFixit, and thousands of small repair businesses.

It’s time to restore our right to tinker. As Rep. Young put it, “we’ve really stifled the ability for the average American to get in [there] and show us their brilliance.” Consumers and legislators are working hand in hand around the country to fix the problem.

We have repair business owners, farmers, and consumer advocates available for media contact upon request.