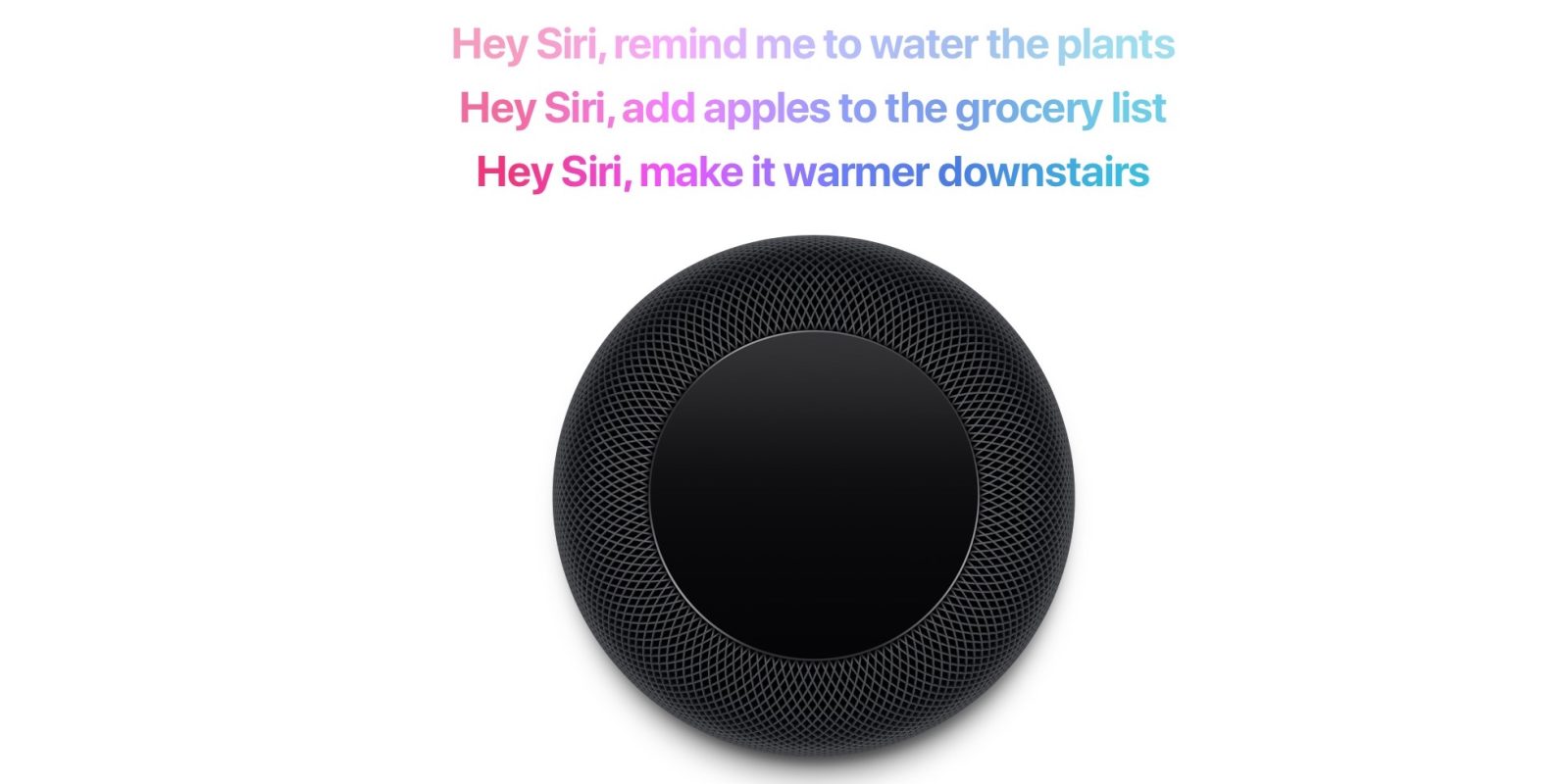 Update: Refinery29 has updated its article to say that calendar notifications are not supported:

Uhm, so the original story has been updated saying that HomePod will NOT support calendar notifications after all 🤔 pic.twitter.com/LGMVw80orm

In what seems to be the first hands-on report with a HomePod ahead of the orders going live tomorrow, Refinery29 writes they had an hour to test out the smart speaker. The site says that HomePod looks great as an object, and they preferred the HomePod’s sound quality when compared to a Google Home Max, Amazon Echo and Sonos One.

The article also says that the HomePod has some awareness of whether its owner is at home and Siri will not speak about calendar notifications, text messages, reminders and other personal alerts if the user is out of the house.

The HomePod can only be set up with a single iCloud account. This Apple ID is considered the HomePod’s owner and determines which account is used for iMessage, Reminders todo lists and other iCloud integrations.

It’s not clear how the HomePod decides if its owner is present in the house. Presumably, it looks for an iPhone with the same iCloud account on the WiFi network. We already knew that third-party SiriKit integrations will be handled by a nearby iPhone for using Siri to send messages, make reminders and take notes.

Refinery29 is also the first publication to mention the notion of calendar notifications specifically. Rather than users having to ask about the day’s schedule, it appears there will be some sort of active announcements from the HomePod for upcoming events in the calendar. Details on how this all works are still murky.

The site said that the HomePod’s microphones appear to be very sensitive and using the voice control did not require her to shout or raise her voice.

No doubt audiophiles will argue over sound quality endlessly, but it’s impressive if the HomePod can outperform the Google Home Max’s audio, as Refinery29 says it did in their hour-long testing. The Max is 13-inches tall in portrait; the HomePod is under 7 inches.

HomePod orders start tomorrow with first units arriving by February 9. In the US, HomePod costs $349. Apple’s first smart speaker will also go on sale in the UK and Australia, with France and Germany coming later this spring.