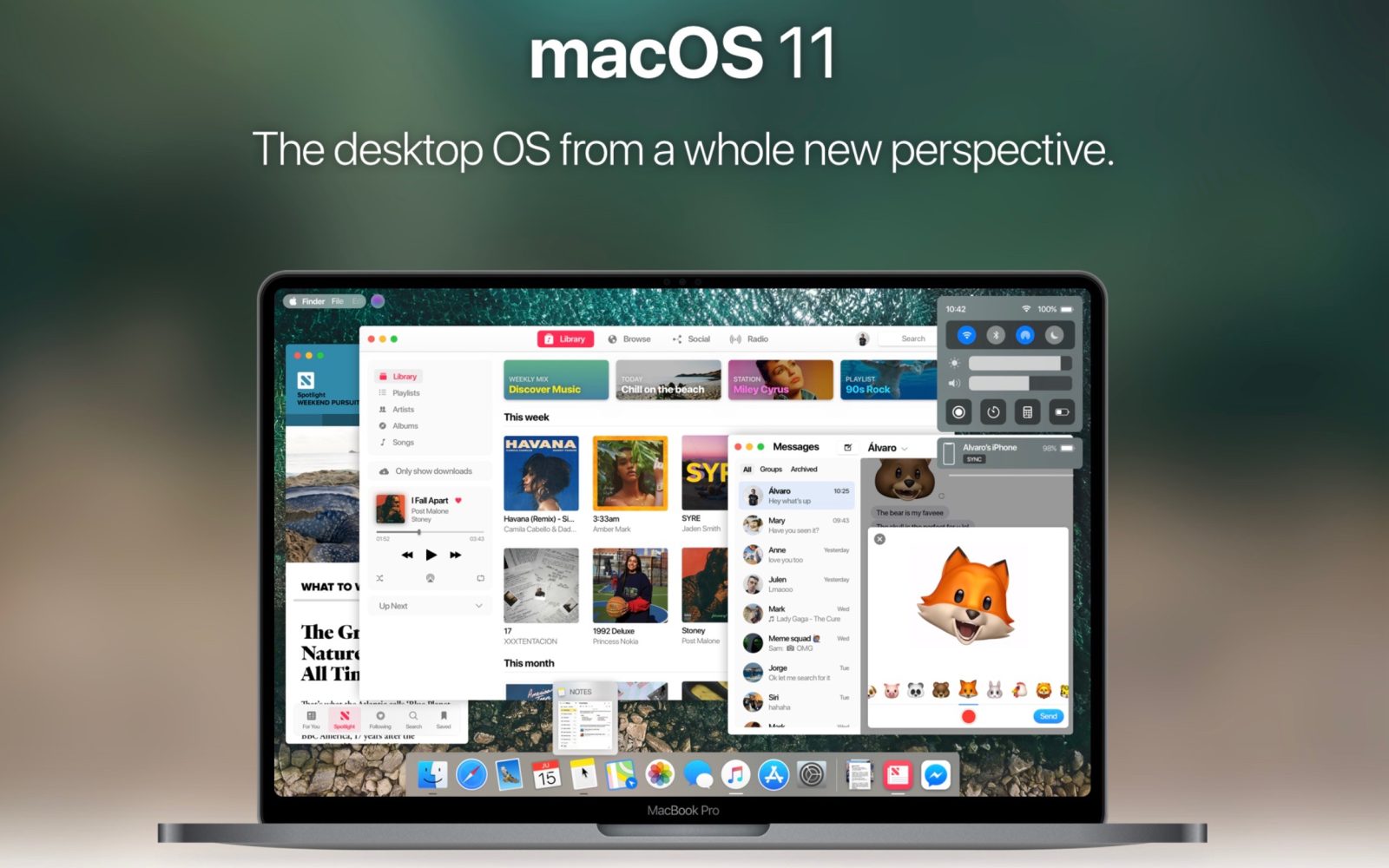 A new concept today from designer  Álvaro Pabesio imagines how Apple could dramatically overhaul macOS when it finally makes the jump to ‘macOS 11.’ The concept depicts a redesigned menu bar with an iOS-like Control Center, as well as universal apps, a system-wide dark mode, and much more.

In this concept, nearly everything has been changed in one way or another. First and foremost, the classic macOS menu bar has been dramatically simplified, with a status bar that transforms into a full iOS-like Control Center on the right, and traditional menu bar controls on the left.

The Control Center imagined here will look familiar to anyone who has used iOS, allowing you to quickly enable and disable Wi-Fi, Bluetooth, Do Not Disturb, and more. Notification Center has also been remained with new widgets and grouped notifications.

Building on a recent Bloomberg report, the concept also showcases how macOS would handle support for iOS applications, with native macOS features working as you would expect. There’s also Handoff support for easily opening whatever app you have open on your iOS device.

“Universal apps run on your desktop like they were made to do so. They are not a worse, scaled down version of the app, but a more powerful and versatile one. Content will automatically scale and adapt to your screen and resolution, and options like File, Edit, or View work just like any other desktop app.”

A staple of seemingly every concept is a system wide dark mode, and this concept takes a stab at imagining it as well: 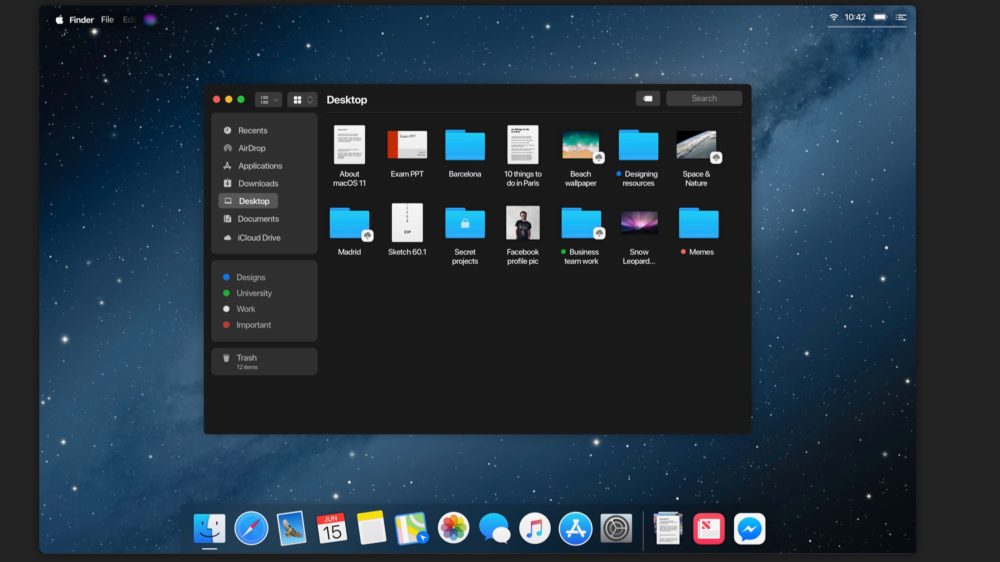 One neat thing imagined here is a new Settings feature called “Devices” that allows you to manage all of your hardware products, including your iPhone, iPad, Apple TV, AirPods, and HomePod. This would allow you to easily see status and identifying information of all your devices, in one location, as seen in the below gallery.

Last but certainly not least, this concept shows redesigned versions of nearly every macOS application, including Finder with a new sidebar, an all-new iTunes interface, a new Messages design with Animoji & screen effects, and much more.

This is certainly an incredibly ambitious concept, so we shouldn’t expect Apple to implement anywhere close to all of these changes in the foreseeable future. It is, however, one of the better and more practical concepts we’ve seen in a long time.

Be sure to view the full thing here and let us know what you think of it down in the comments!