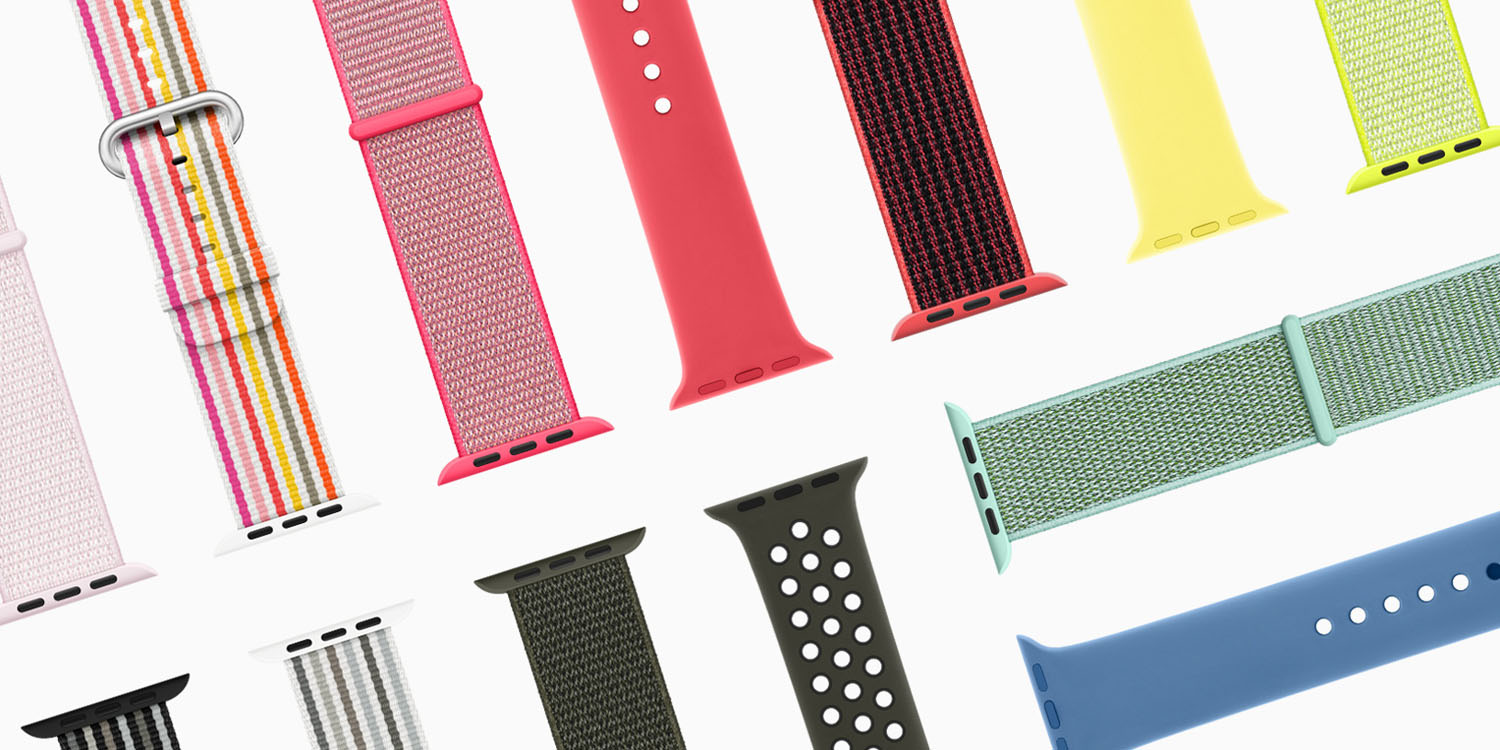 Just as it did last year on the first day of spring, Apple has announced a new collection of Apple Watch bands with ‘vibrant colors and unique designs.’

The new bands include Sport, Nylon and classic buckle designs as well as special Nike and Hermès models …

This season’s updates include Woven Nylon bands with a fresh stripe that alternates white with color for a crisp, clean look, exclusive Nike bands that color-match with the latest Nike running shoes and a striking new edge paint color for Apple Watch Hermès bands.

There are four new bands aimed at all Apple Watch models.

The Nike Sport Loop will for the first time be sold without the watch, along with two new colors.

Hermès bands were originally only available as part of a Watch purchase, but later went on sale separately, albeit at steep prices. The high price of the designs prompted a whole bunch of third-party copycat bands with prices starting at less than $20.

New Apple Watch models will be available to order on apple.com later this month in Australia, Canada, China, France, Germany, Hong Kong, Japan, Singapore, Switzerland, the UK and the US.

All will go on sale later this month, but don’t necessarily expect to see them all at your local Apple Store – the company says the new designs will be available at ‘select’ stores in a range of countries.

Pricing for the new bands starts at $49. Check out the gallery below for examples.