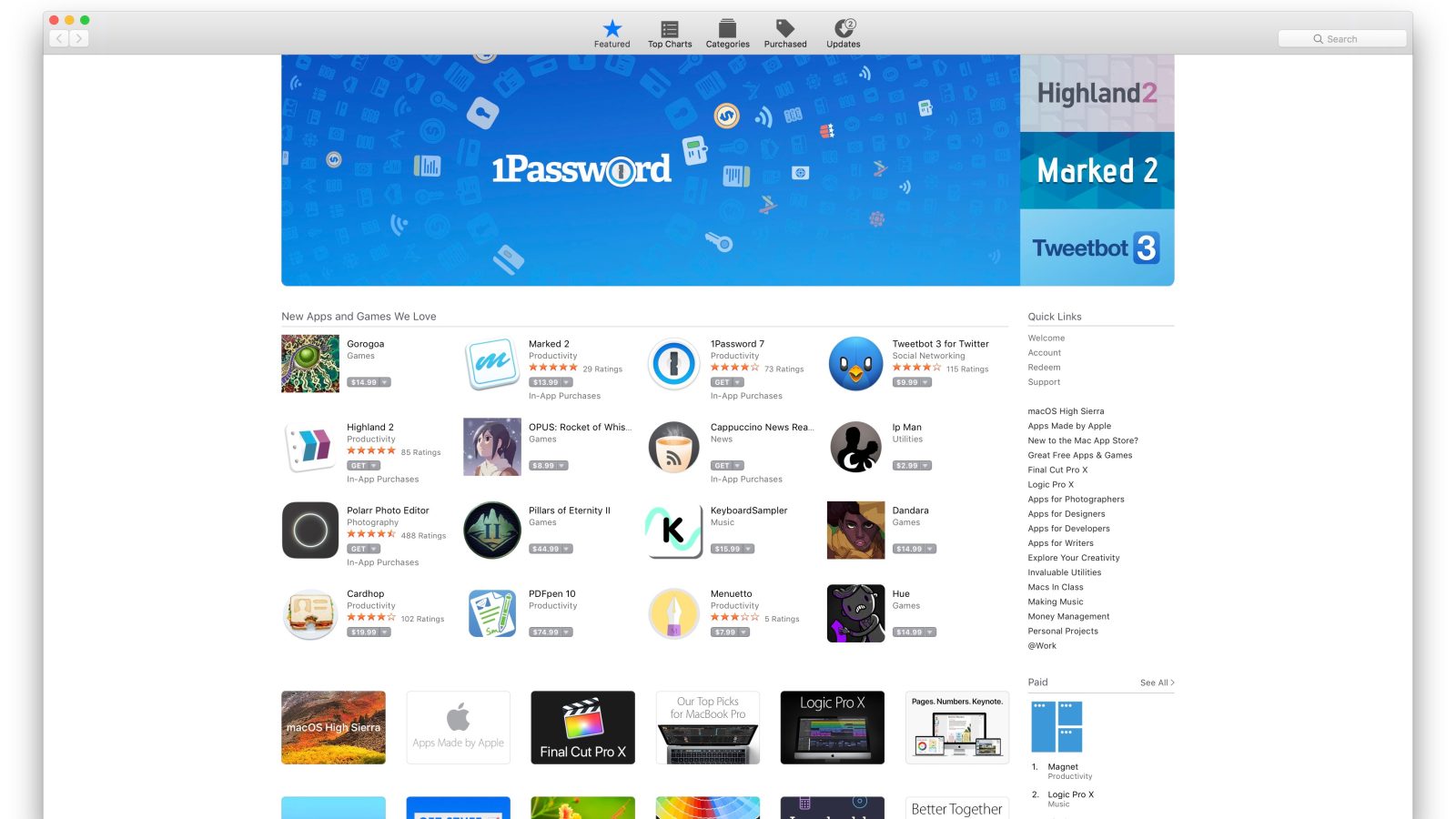 With iOS 11 last year, Apple introduced a completely redesigned App Store with a heavy focus on human curation. The redesign has purportedly had a dramatic affect on app discovery and download numbers, and now Apple could be planning to give the Mac App Store a similar treatment…

Since its release in 2011, the Mac App Store has largely been neglected by Apple and developers alike, with some developers going as far as to ditch the platform all together.

In a post on Daring Fireball this evening, John Gruber noted of the positive impacts the iOS App Store redesign has brought, and suggested the Mac App Store might see similar treatment at WWDC next month:

The new iOS 11 App Store really is run like an editorial-driven publication. One of the things I’m most looking forward to next month at WWDC is seeing this sort of treatment on the Mac App Store, too.

Gruber, who is generally well-connected, has a history of making casual comments like these in blog posts and letting them serve as his coy way of ‘leaking’ upcoming features.

“We are thrilled with the reaction to the new App Store and to see so many customers discovering and enjoying new apps and games,” said Phil Schiller, Apple’s senior vice president of Worldwide Marketing.

The Mac App Store, on the other hand, has seen multiple developers leave the platform due to missing features, a lack of user interest, and more. Ideally, a redesigned interface and focus on curation will help spur new adoption of the Mac App Store.