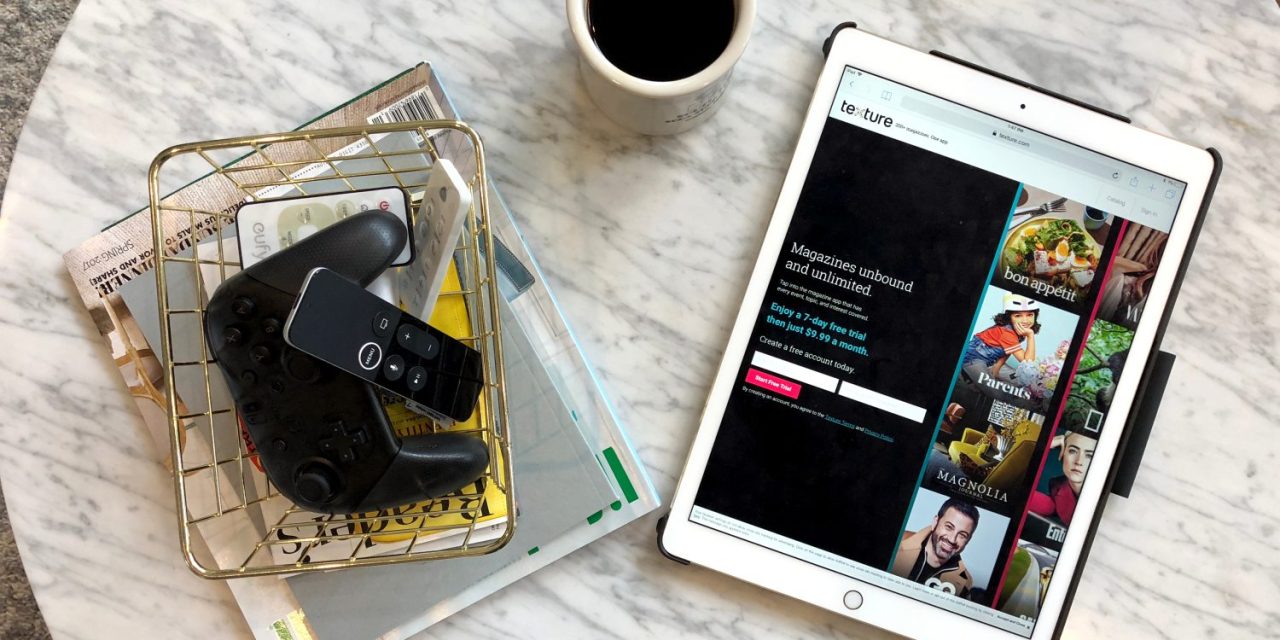 Earlier this year, Apple announced that it was acquiring popular digital magazine service Texture as part of its efforts to highlight quality journalism. Now, Texture has announced that it is cutting the price of its Premium tier from $14.99 to $9.99 per month…

Texture made the announcement in an email to subscribers, first shared on Twitter by Harry McCracken, the company explained that no action is required on the part of the user, with the new lower price being reflected during the next billing cycle.

The Apple-owned company was also sure to note that nothing that’s included in the Texture experience is changing:

Your all-access pass to the world’s best magazines just got better. We’re lowering the price for all customers on Texture Premium to just $9.99 per month.

No action is required; you’ll be charged the new lower price on your next scheduled bill date.

The Texture experience remains the same. We hope you continue to enjoy full access to all the magazines you’ve come to know and love on your iPad, iPhone, Android devices, and Fire tablets.

Apple announced its acquisition of Texture back in March, with Eddy Cue explaining that Apple is “committed to quality journalism from trusted sources and allowing magazines to keep producing beautifully design and engaging stories for users.”

This is the latest change Apple has made since its acquisition. It was announced in May that the Texture app for Windows would be shutting down.

If you’re interested in becoming a Texture subscriber, you can do so right here.