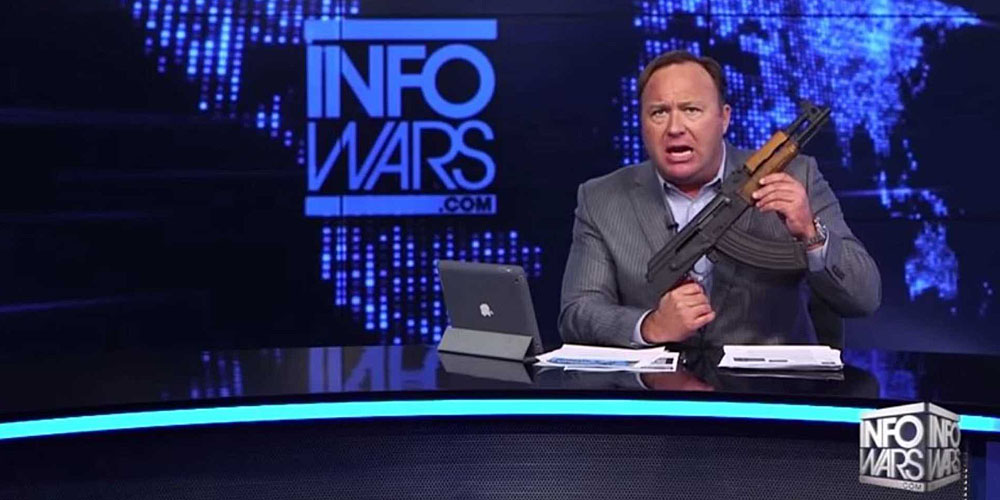 Apple led the way in removing the Infowars podcasts from its platform for violating hate speech guidelines – with similar bans by Facebook, LinkedIn, Pinterest, Spotify, Vimeo and YouTube …

Jones’ account has been placed in a read-only mode for seven days, Twitter confirmed Tuesday, meaning he can still browse Twitter posts, but he can’t interact with other users by tweeting or retweeting or liking other posts. Jones is also required to delete the offending tweet, Twitter said, although it wasn’t immediately clear which tweet had been singled out.

The conflict between freedom of expression and abusive and harmful claims is one of the greatest challenges faced by tech companies. Apple reportedly took its own decision at the very highest level.

With fake news believed to have played an important role in influencing both the presidential election in the US and the Brexit referendum in the UK, the issue is one that impacts on democracy itself.