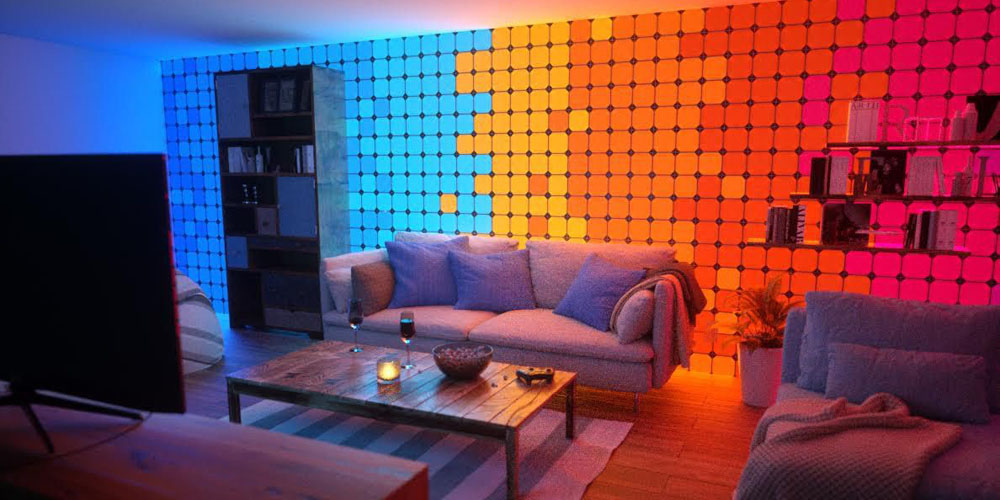 Back at CES in January, Nanoleaf announced new touch-sensitive light panels as a followup to its popular Aurora product. Now, the company is offering more details on when those panels will be available and how much they will cost.

Speaking to CNET, Nanoleaf CEO Gimmy Chu revealed that the company’s Nanoleaf Canvas panels will be available starting December 1st. You’ll be able to pick up a 9-panel starter kit for $199, Chu added.

There is still room for a delay, though, as the Nanoleaf Canvas panels are said to still be in the “prototype phase,” but are close to being finalized.

“We launch Dec. 1,” Nanoleaf CEO Gimmy Chu tells me, adding that the panels, which will sell in a 9-panel starter kit for $199, are still in the prototype phase, but close to being finalized.

One major change since the Nanoleaf Canvas panels were originally announced back in January is that the total number of panels you can connect from a single power source has dropped from 1,000 to 500. Of course, that’s likely not an issue for the majority of the public.

Much like the Aurora, Nanoleaf Canvas will work with Apple’s HomeKit, as well as Google Assistant and Amazon Alexa.

If all goes according to plan, Nanoleaf Canvas will be available on December 1st for $199. What do you think of these panels? Let us know down in the comments!