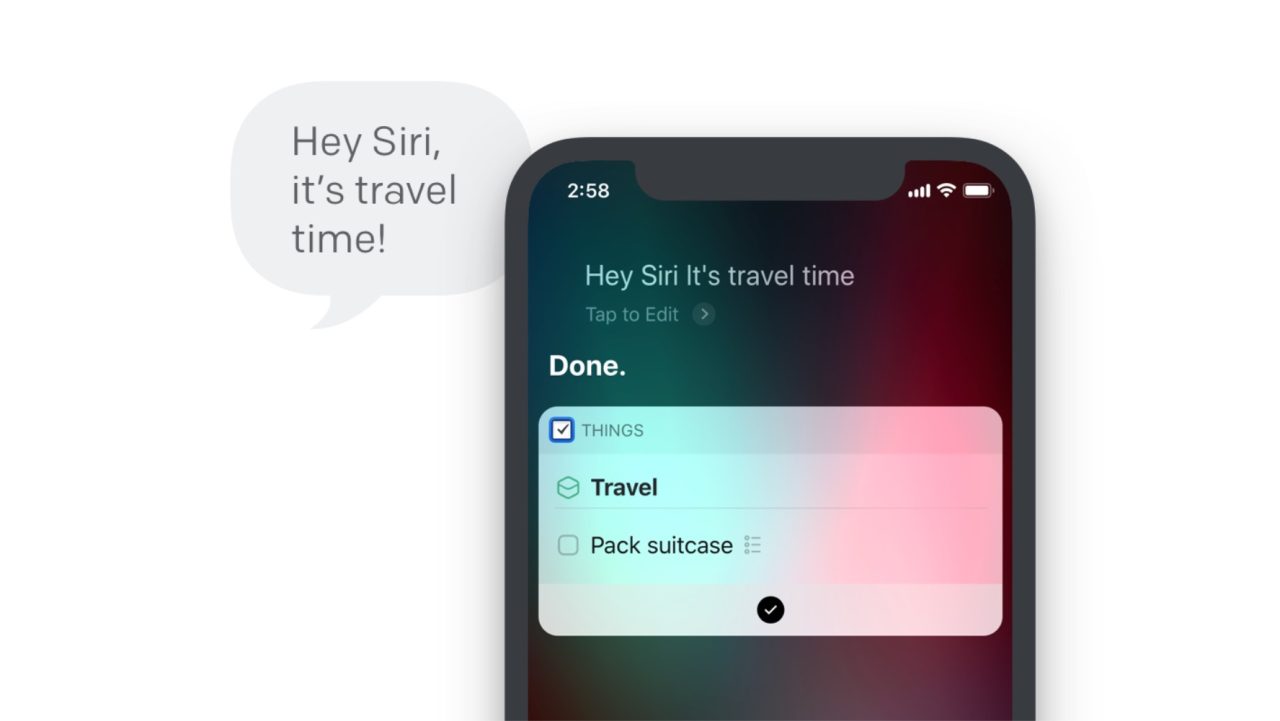 Things 3.7 for iPhone, Apple Watch, and iPad on iOS 12 and watchOS 5 is here with loads of new features that take advantage of Apple’s big updates. Things now works with the Siri face for Apple Watch on watchOS 5 and Shortcuts app on iOS 12. Version 3.7 brings a handful of other improvements like smart alert management and easier password handling too.

Things already has a solid Apple Watch and watch face complication, and now that extends to the Siri watch face in watchOS 5. When enabled, a Things tile will automatically show up on the Siri face throughout the day to show you how many remaining tasks are left to complete. Simply tap it to launch the full Things watch app. 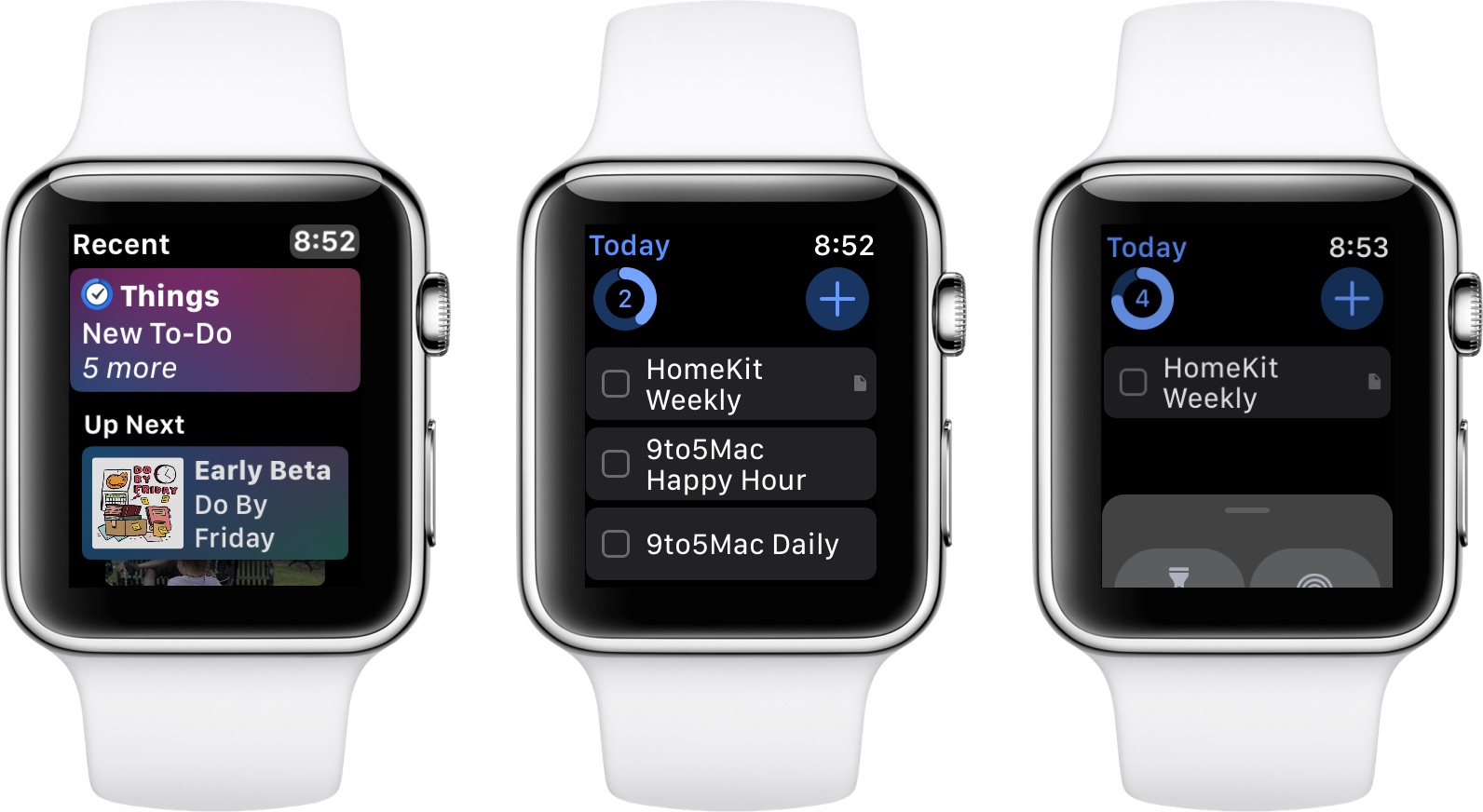 For iOS 12, Things gets even smarter. Things 3.7 works with the brand new Shortcuts app so you can create new custom Siri commands that extend the capabilities of voice commands with the task manager. While the Shortcuts app allows you to build automations with Things and other apps, Things can also be enhanced with system shortcuts using Siri.

For example, you can build a custom Quick Entry command that adds a new item to a specific section in Things — not just the inbox.

When an idea hits you, you would normally open Things to enter it, maybe apply a tag or a date, and then select a list where it should go. Instead of doing these same steps over and over, you can now record a shortcut to speed things up.

In Things, go to Settings > Siri & Shortcuts > Add To-Do. Fill out everything that’s always the same for this particular type of to-do, then tap Add to Siri and speak your own phrase, like “new home improvement idea”.

Siri Shortcuts can also be used to create commands that let you add to-do items to existing lists:

Say you travel a lot – you probably have a well-refined packing list you run through before every trip. Now, at the command of your voice, you can instantly create a to-do with that packing list.

Just go to Settings > Siri & Shortcuts > , and fill outeverything you need in your to-do. Make sure is deselected so the to-do is created in the background, then tap

Add to Siri and record a phrase, like “it’s travel time”. 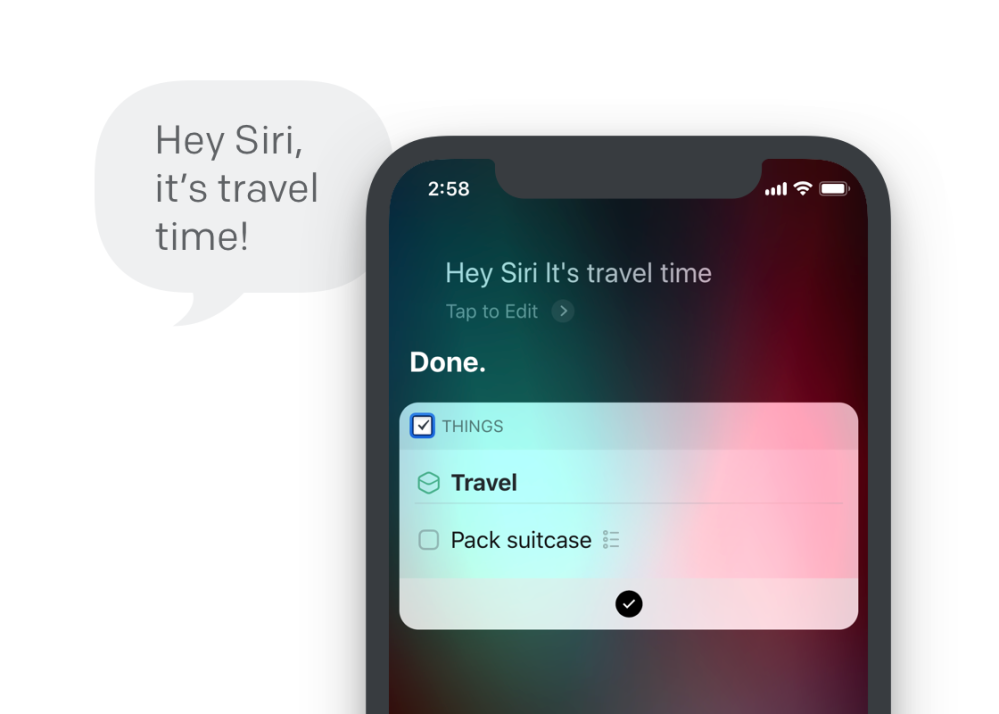 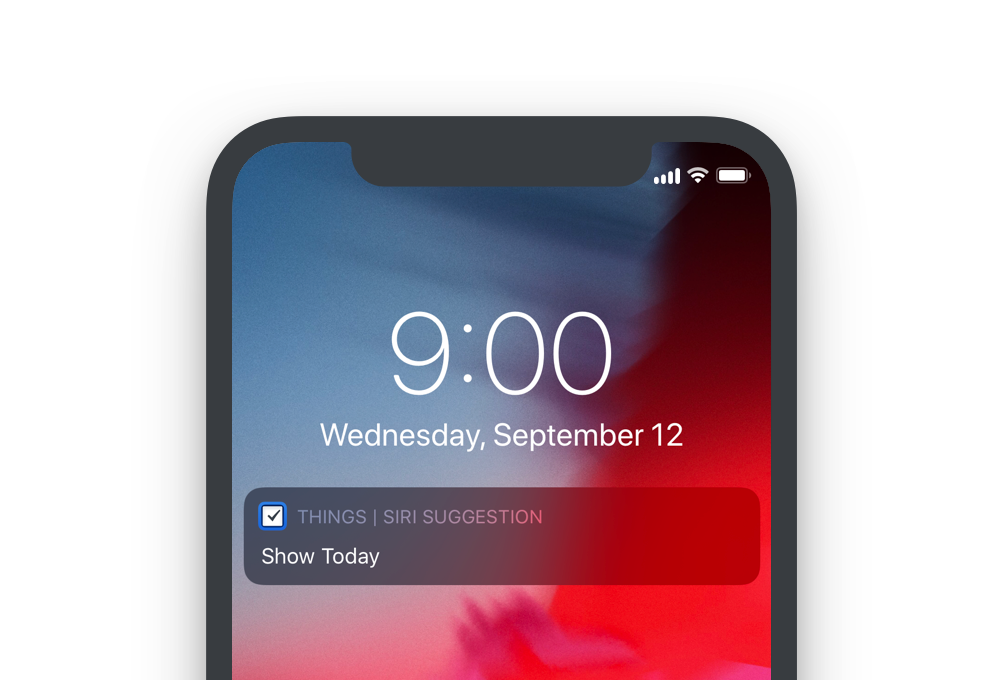 Even simpler is using Siri Shortcuts to create a command for showing lists that you regularly reference.

If you have a specific list that you need to refer to often throughout the day, you can create a shortcut that quickly brings you there. Go toSettings > Siri & Shortcuts > Show List to record your custom voice phrase for it.

You can even set it up to filter that list when it opens. For example, “Hey Siri, show me today’s errands” can open your Today list and automatically filter it by your “Errands” tag.

Things 3.7 includes other iOS 12 enhancements like dynamic notifications that include granular snooze options, support for the new Password Autofill feature which supports iCloud Keychain, 1Password, and other password managers, and — just in time for the giant iPhone XS Max — landscape mode on iPhone.