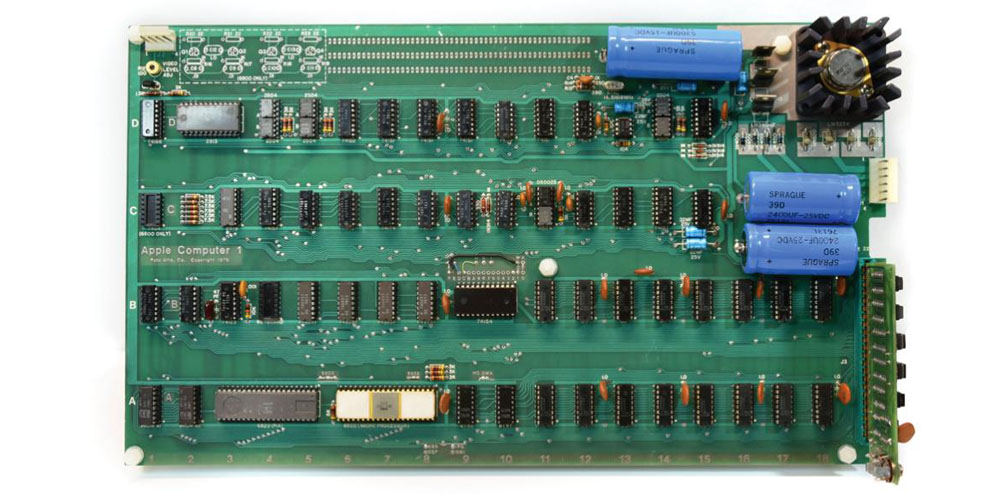 The latest original Apple 1 computer – one of 200 original models built and marketed by the two Steves – has sold at auction for $375k, following pre-auction estimates of $300-600k …

Boston-based RR Auction said that it was a clean model, unlike those which have been modified or repaired with non-original components.

This computer was restored to its original, operational state in June 2018 by Apple-1 expert Corey Cohen. The most remarkable aspect of this Apple-1 computer is that it is documented to be fully operational. Unlike many of the known Apple-1 boards, this unit has not had any modifications to the physical board, and the prototype area is clean and unused […]

“We are thrilled at the price achieved and that’s why we thought it fitting that the Apple 1 should headline our annual Rare and Remarkable auction— it’s a museum-quality piece that has earned a special place in history,” said Bobby Livingston, Executive VP at RR Auction.

Two other pieces of Apple memorabilia sold in the same auction. A Macintosh Plus signed by Steve Jobs and nine team members, which sold for $28,750. An Apple annual report also signed by Steve went for $23,750.

The previous model to sell at auction went for $210k, while a former Microsoft exec shared the exhausting process used to restore a non-functional model to full working order.

If your pockets aren’t quite that deep, you can buy replicas, or even build your own.