Apple Watch Series 4 isn’t just a nice looking watch. It also has invisible features that can prove life-saving. Series 4 only hit the market last month and the new Apple Watch fall detection feature is already being credited with coming to the rescue for at least one customer in a dire situation.

According to Swedish publication Aftonbladet, Apple Watch Series 4 was key in notifying emergency services for Gustavo Rodriguez when crippling back pain struck while he was cooking over a stove. The unexpected discomfort caused him to double over and collapse to the floor while the stove was fired up.

Gustavo, 34, suffered a sudden back injury and fell paralyzed to the kitchen floor. “It felt like someone pushed a knife into my back,” he says. Luckily, his watch responded.

On Friday, Gustavo Rodriguez stood by the stove as usual and cooked food. Suddenly he felt strange tension in his back and it became increasingly difficult to move the body. Gustavo tried not to think about it. “But then I moved the frying pan and it just hit me. It felt like someone pushed a knife into my back, says Gustavo.

He fell to the floor. The pain was so strong that everything went black. He could not move. Then the watch chimed and asked “Do you want to call 112?”. “My Apple Watch had sensed the fall and wondered if it should make an emergency call,” said Gustavo.

Rodriguez says he managed to crawl across the floor to the living room and climb to the couch, but his phone was in another room and he hadn’t recovered from the pain yet.

He managed to call his mother-in-law from the Apple Watch who lived nearby and could turn off the stove, and an ambulance brought him to a hospital where he had to have a morphine shot to reduce the acute back pain. 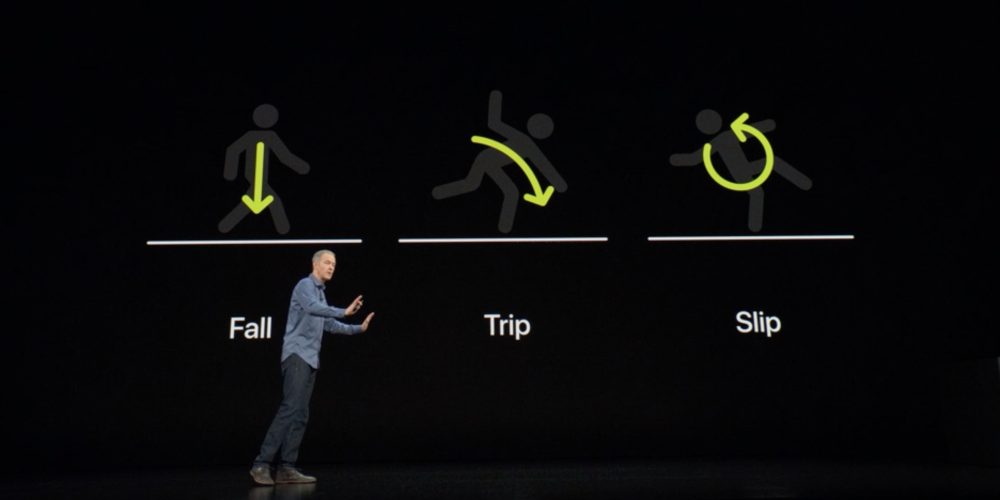 Apple Watch fall detection is automatically enabled on Series 4 for customers who are 65 or older, and you can turn it on manually in the Watch app on iPhone if you’re under 65 (although Apple warns that some activity could be mistaken for falls with more active customers). The feature also notifies your emergency contact and shares your location when a fall is detected and the watch user is unresponsive.

Apple Watch can also easily call emergency services by holding down the side button below the Digital Crown for several seconds. The SOS feature requires a nearby iPhone on Apple Watches without LTE, and models with active cellular service can make and receive phone calls away from iPhone.