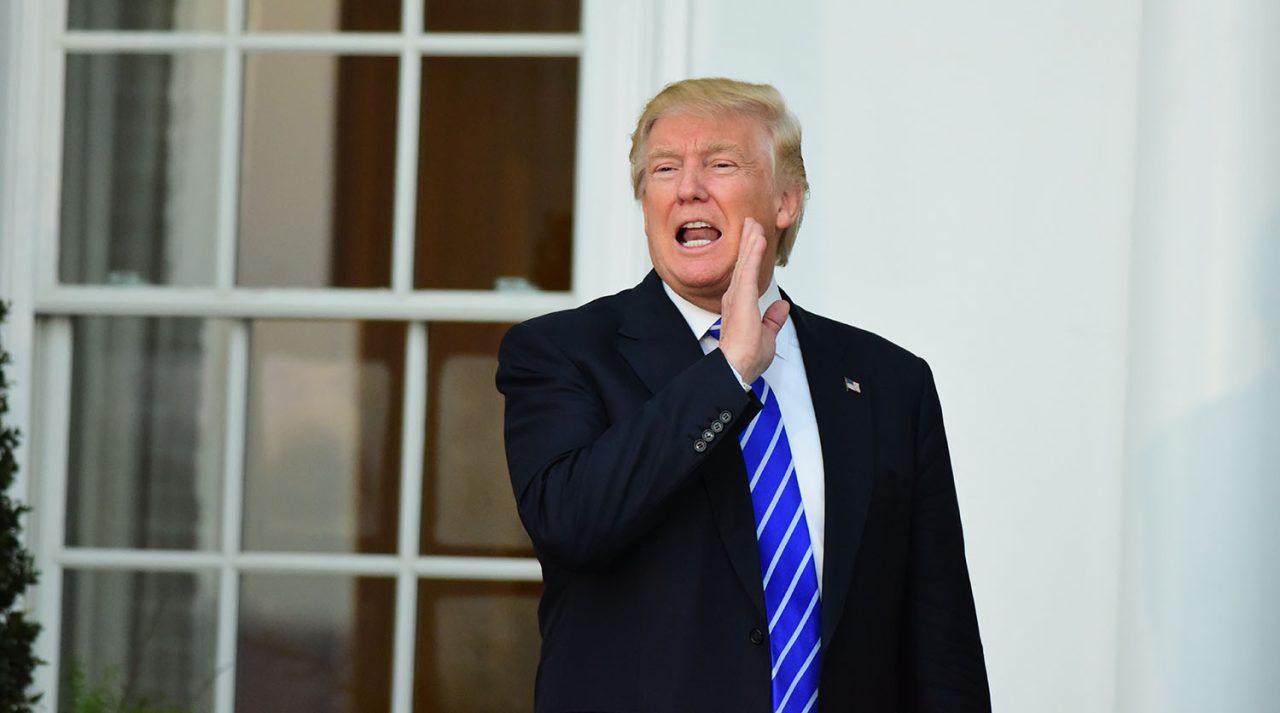 Update: Trump – who has posted 39,400 tweets – has tweeted that he only uses government phones, and that he ‘seldom’ uses a cellphone.

A New York Times report yesterday suggested that both China and Russia are eavesdropping on Trump’s iPhone. The allegation is that Trump has two official iPhones, which are locked-down, and one personal one, which isn’t.

China has now denied tapping Trump’s iPhone, describing it as fake news. Amusingly, a government spokeswoman suggested that if Trump is concerned about the security of his iPhone, he could always switch to Huawei …

If Trump is concerned about the security of his iPhone, he can consider switching over to a Huawei, or cut off communications altogether, Hua Chunying, the foreign ministry spokeswoman, said in response to a question about the Times report. She dismissed the report as another example of “fake news”.

“Seeing this report, I feel there are those in America who are working all-out to win the Oscar for best screenplay,” Hua said at the ministry’s regular briefing in Beijing on Thursday.

The suggestion is pure mischief: the US government blacklists Huawei products due to perceived security risks given the company’s strong ties to the Chinese government. Indeed, the heads of the CIA, FBI and NSA went so far as to warn all US citizens against using Huawei smartphones, so even for a man noted for ignoring the counsel of the security services, it seems unlikely Trump’s iPhone will be replaced by a Huawei model.

The original report is somewhat odd, given the inherent protections iPhones enjoy in the form of regular security updates and an App Store vetted by Apple. However, if Trump refuses to allow security agencies to secure his personal phone, it’s entirely possible he’s running a very outdated version of iOS for which exploits exist.

The NYT suggested that China was monitoring Trump’s iPhone to find out who influenced him, and what arguments sway him, as they seek to avoid any escalation of the administration’s trade war with China. Given that more than one book based on insider interviews has suggested that Trump tends to be swayed not by the best arguments, but rather by the most recent person to speak to him, that might be challenging even with a wire tap …

Back in the summer, Huawei claimed to be on track to overtake Apple in smartphone sales by some point next year. That was a bold claim, given the relative numbers at present, but the Chinese company is experiencing strong growth while iPhone sales are relatively flat. The Chinese brand did briefly overtake Apple one quarter last year, but that was in the quiet second quarter leading up to the launch of the iPhone X and iPhone 8/Plus.