Carriers indicate iOS 12.1 will be released on Tuesday with eSIM launch 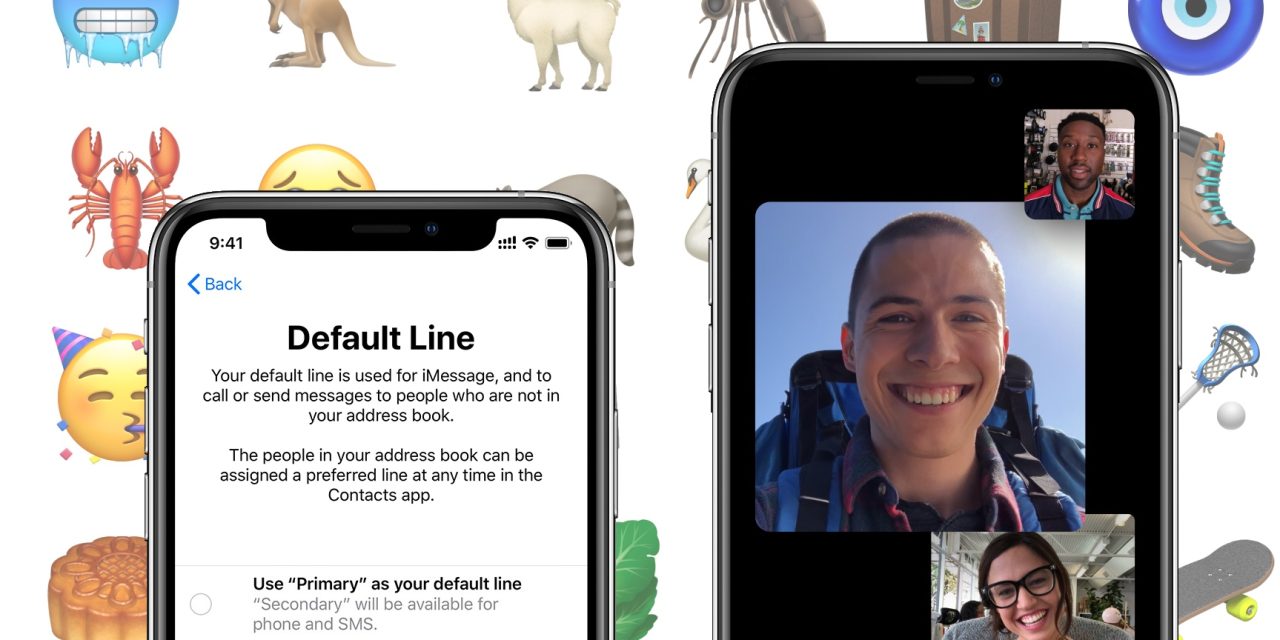 Apple is hosting its final media event of the year on Tuesday, October 30, expected to feature new iPad Pro models, and a replacement for the MacBook Air laptop line. Several signs also point to iOS 12.1 launching on the same day, likely a few hours after the event concludes.

We have heard from several different carrier sources that they are readying for an iOS 12.1 launch on October 30, coinciding with the rollout of eSIM support for iPhone XS, iPhone XS Max, and iPhone XR …

The new iPhones include an electronic SIM which enables dual-SIM functionality for the first time in an iPhone (China iPhones do not use eSIM, instead those SKUs feature a SIM tray which houses two physical SIM cards.)

Users will be able to add another line to their existing iPhone, giving the device two phone numbers for calls and texts, and take advantage of the different data packages offered by each of the plans. iPhone XS and iPhone XR include a technology called Dual-SIM Dual Standby, which means both phone numbers are active simultaneously. The iPhone will actively answer calls from both numbers automatically.

The eSIM features were not available for the iPhone XS debut last month but they are included in iOS 12.1. We have heard from several carriers in the US and Europe that they have been briefed to begin deploying eSIM contracts from Tuesday, as users will be able to download iOS 12.1 on the same day. Bharti Airtel India also appears to be readying for an October 30 launch:

We also believe that Apple Stores are receiving the special QR code sheets in advance of the Tuesday launch. To setup eSIM, an Apple users simply scans a special QR code with their iPhone XS, iPhone XS Max, or iPhone XR. This automatically fills in the necessary account info and activates the electronic SIM. Some carrier apps will allow customers to sign up through the app as well.

Apple has also updated their iOS 12 user guide with acknowledgement of iOS 12.1 features, another clue that a public release of iOS 12.1 is imminent.

Even if you don’t care about dual SIM functionality, there’s a lot of new features in iOS 12.1 to enjoy. There are more than 70 new emoji, live Depth Control for iPhone XS/XR so you can adjust bokeh blur of Portrait mode on the fly in the Camera viewfinder, and the addition of Group FaceTime. Group FaceTime enables end-to-end encrypted group video chat with up to 32 people at a time, with the same simplicity and elegance of a 1:1 FaceTime call. Group FaceTime requires an iPhone 6s or newer device due to performance limitations of older devices.

We also expect the new iPad Pro hardware to ship with iOS 12.1, enabling features like landscape Face ID unlock, and Memoji sync to share the same set of custom Animoji between your various iOS devices.