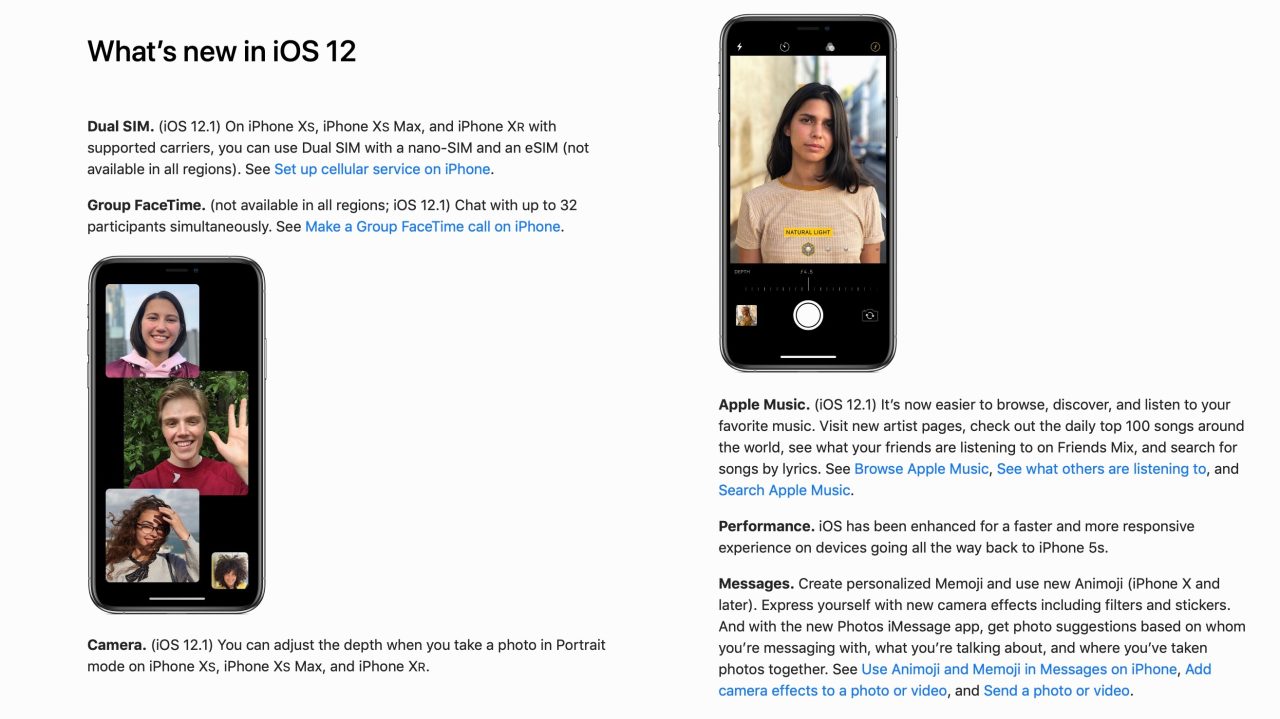 When you buy an Apple product, one of the things it doesn’t come with in the box is a full user manual. To get a full manual, you have to go to Apple’s support website or look for its iPhone user guide on Apple Books.

Today, Apple has just made available an updated version of its iPhone User Guide, including new features from iOS 12.1. The user guide can be obtained for free on the Apple Books Store.

This updated guide includes references to new features of iOS 12.1, such as dual SIM support, Group FaceTime and the ability to adjust the depth of portrait mode pictures in the Camera app. Group FaceTime was previously announced as a feature of iOS 12, but Apple delayed its release as it wasn’t quite ready for the initial build of iOS 12. Instead, Apple had promised it would ship in a future software update – which we now know is iOS 12.1.

The inclusion of Group FaceTime on this updated user guide indicates that the feature will in fact be shipping with iOS 12.1. Group FaceTime does have some limitations however, including the fact that FaceTime itself is not available on all regions and that older devices, specifically the iPhone 5s, the iPhone 6 and the iPhone 6 Plus will only support Group FaceTime audio-only calls.

Another area highlighted by the updated user guide is Apple Music. It mentions the app is getting new features such as updated artist pages, daily top 100 songs around the world, and search by lyrics.

iOS 12.1 will most likely be released to all users next week, presumably after the Tuesday Apple Event.