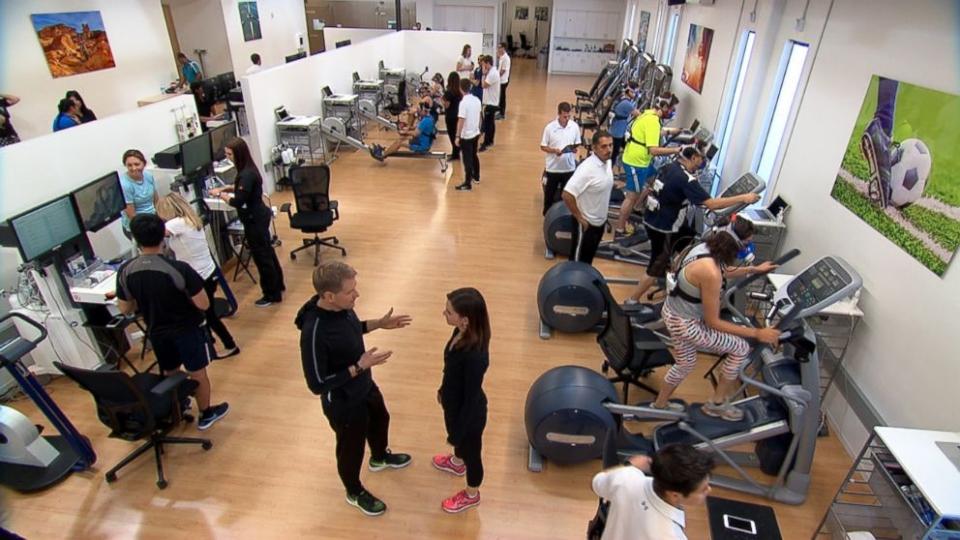 December has been a big month for Apple’s health efforts as its long-awaited ECG (electrocardiogram) app for Apple Watch Series 4 recently landed. Now a new CNBC report looks at how serious Apple is taking its health focus moving forward. It now has as many as 50 doctors on staff across a variety of teams and projects to help users do more than just track exercise and fitness.

Apple has been ramping up its staff with medical professionals since before the original Apple Watch launched in 2015. That trend is continuing and expanding with hiring medical experts from a variety of fields.

The CNBC report notes that while some of the doctors share on their LinkedIn profiles about being on staff at Apple, many keep it a secret. Up to 50 doctors are potentially employed by the company.

These hires are not just for show, according to people familiar with the doctors and their roles. Many haven’t disclosed their role at Apple at all, which is commonplace at a company that prides itself on secrecy. One example is Stanford pediatrician Rajiv Kumar, who has worked there for several years. CNBC was able to locate 20 physicians at Apple via LinkedIn searches and sources familiar, and other people said as many as 50 doctors work there.

Beyond software and hardware development, the report notes that having a strong roster of doctors means Apple could be more successful in overcoming doubts and concerns from the medical professional community as it launches new health features and services. Further, it may signal that Apple wants to solve “serious medical problems.”

The hires could help Apple win over doctors — potentially its harshest critics — as it seeks to develop and integrate health technologies into the Apple Watch, iPad and iPhone. It also suggests that Apple will build applications that can help people with serious medical problems, and not just cater to the “worried well,” as many have speculated.

One example is Apple hiring an orthopedic surgeon to help manage its relationship with medical device giant Zimmer Biomet.

Notably, even though Apple Watch receives the majority of attention around Apple’s health features, the company’s medical professional staff is spread out across many teams and projects. One example is Apple’s Health Records which could transform another important aspect of healthcare. 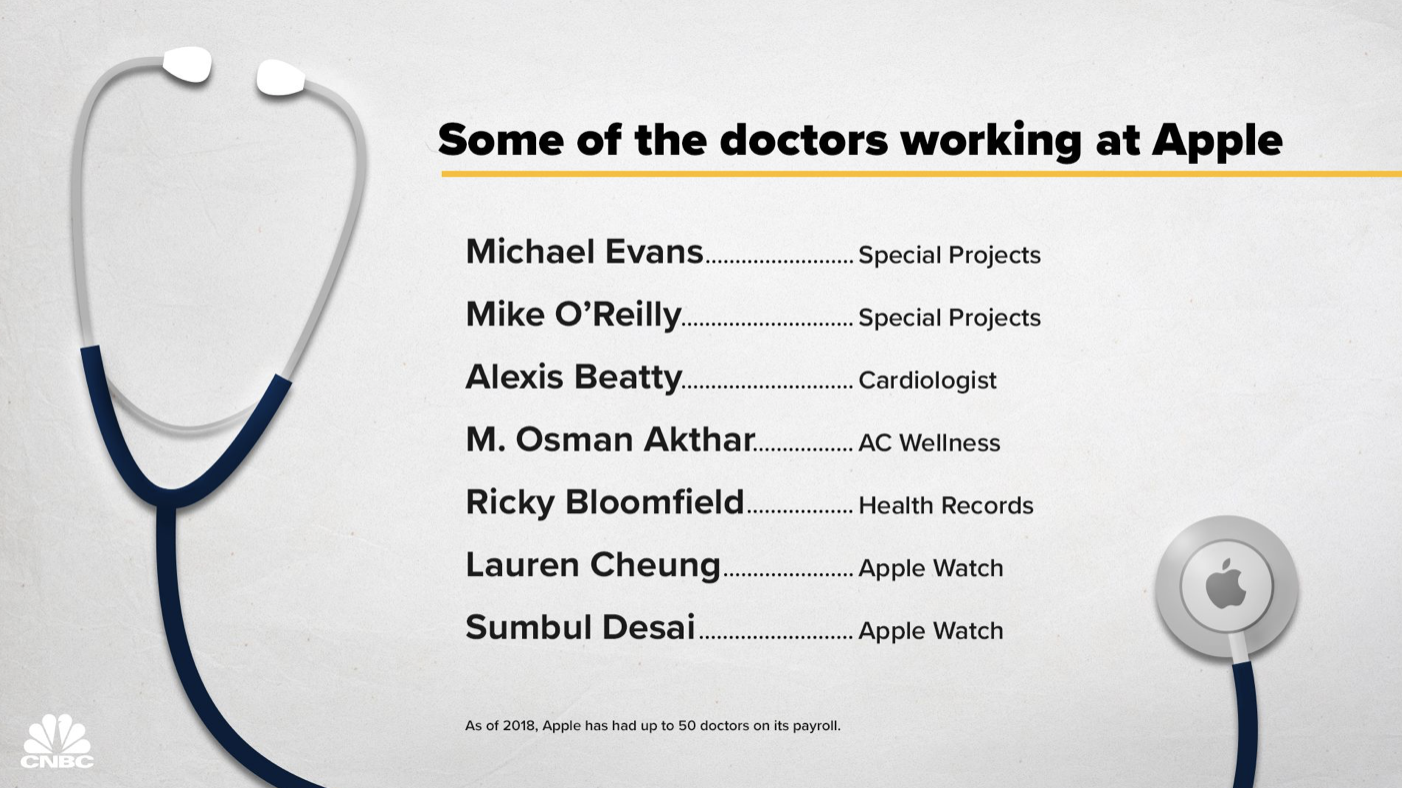 Another point that CNBC brings up that reinforces the idea that hiring doctors isn’t just for show, many of them are in regular contact with Apple executives.

Sumbul Desai, a doctor that Apple hired from Stanford Medicine, is a top leader in the health group who works closely with the company’s COO Jeff Williams, according to several insiders. Bud Tribble, another doctor, is a vice president of software at Apple and an original member of the Macintosh design team. Other notable MDs are Mike Evans, a family medicine doc on the special projects team, and Michael O’Reilly, an anesthesiologist who’s been at Apple for almost six years.

Finally, the report says that many of Apple’s doctors are still practicing while working at the company, providing the advantage of having medical professionals who are aware of current trends in healthcare.