Some popular apps lost millions of ratings in ongoing glitch; Apple on the case 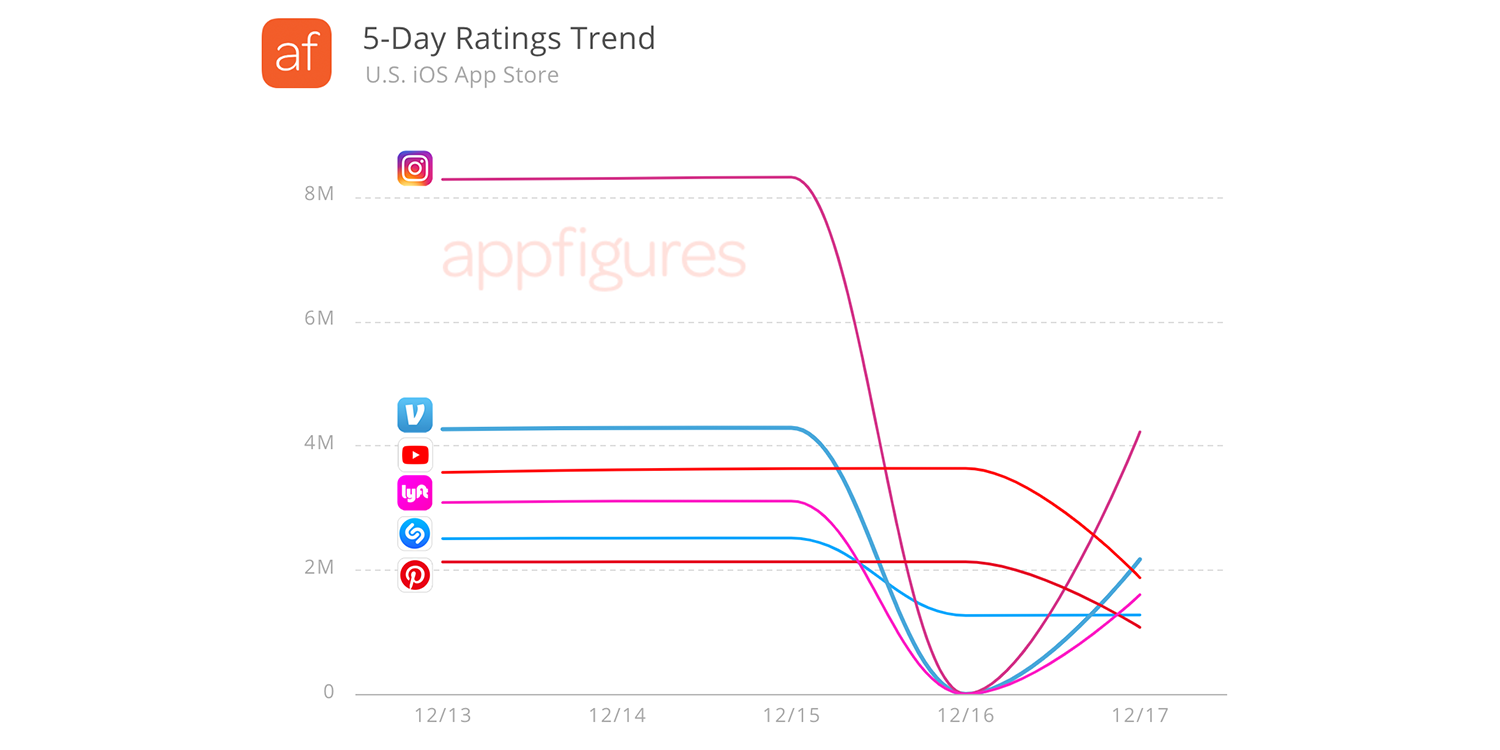 A seeming glitch with the App Store saw many apps lose around half of their ratings – but it seems the position was far, far worse for the most popular apps …

Checks by AppFigures revealed that the most popular apps – like Instagram – lost literally millions of ratings. The app went from more than eight million ratings to almost none.

Apple does appear to be on the case, as many of the affected apps are now seeing their ratings climb steeply again. However, others that were initially unaffected are now experiencing drops of their own.

Looking at these trends it would appear as if there’s either a very unstable glitch or maybe a glitch and a failed attempt to fix it. While some apps seem to be recovering, others are only starting to decline suggesting that whatever is going on is still going on.

Apple has not yet commented publicly on the issue.