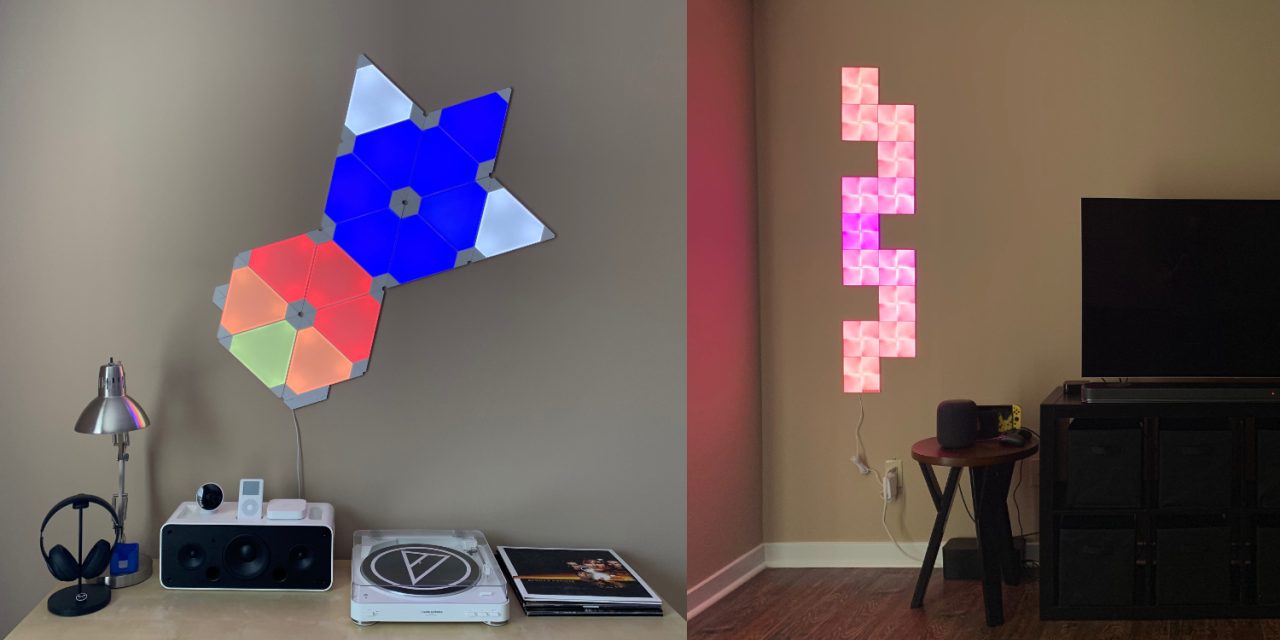 Nanoleaf HomeKit lights are great for decorating and entertaining all year — long after the Christmas tree is taken down and the holiday lights are all boxed up. Nanoleaf now makes two styles of smart lights that illuminate your walls: Light Panels and Canvas. Here’s how they compare:

Nanoleaf Light Panels ($229), originally called Aurora, are triangular tiles that connect using a modular system to create colorful light designs that you can control with Siri or an iOS app. My description from December 2016 still holds up:

Nanoleaf Aurora is like a beautiful screensaver for your wall.

Nanoleaf has since added a new music module accessory that makes Light Panels react to music and sound, and the Nanoleaf Remote adds to the ways you can trigger modes.

Nanoleaf Canvas ($249) launched earlier this month and reshapes what you can do with Nanoleaf HomeKit lights. Canvas tiles are a bit smaller and use squares instead of triangles to make different designs possible. The music module is also built-in so interactive sound scenes work out-of-the-box.

Both smart light systems let you create colorful scenes that you can trigger with HomeKit using Siri or the Home app. Just add a pre-configured scene from the Nanoleaf app or create your own, then the scene becomes available with HomeKit.

The blue/red/orange/yellow/white arrangement (above, left) is a rocket scene I created for Light Panels that doesn’t change colors. You can also easily switch to a color-shifting scene (and back again) as seen below:

The triangular Light Panels are a bit larger and let you easily create designs with angled corners like stars, trees, or even rocket ships. The smaller Canvas squares won’t cover as much surface area without more tiles, but you can design more traditional patterns with similar light effects.

Light Panels are powered by a controller module that includes a power toggle and a scene selector. Canvas is a bit more clever and integrates power, brightness, and mode switching in a special tile with labeled touch controls.

The other trick that Nanoleaf Canvas has up its sleeve is that each tile can react to touch. Nanoleaf Canvas supports special interactive scenes that let you play games with your tile arrangement with scenes including “Whack A Mole”, “Simon”, “Game Of Life”, “Memory”, and “PacMan.” 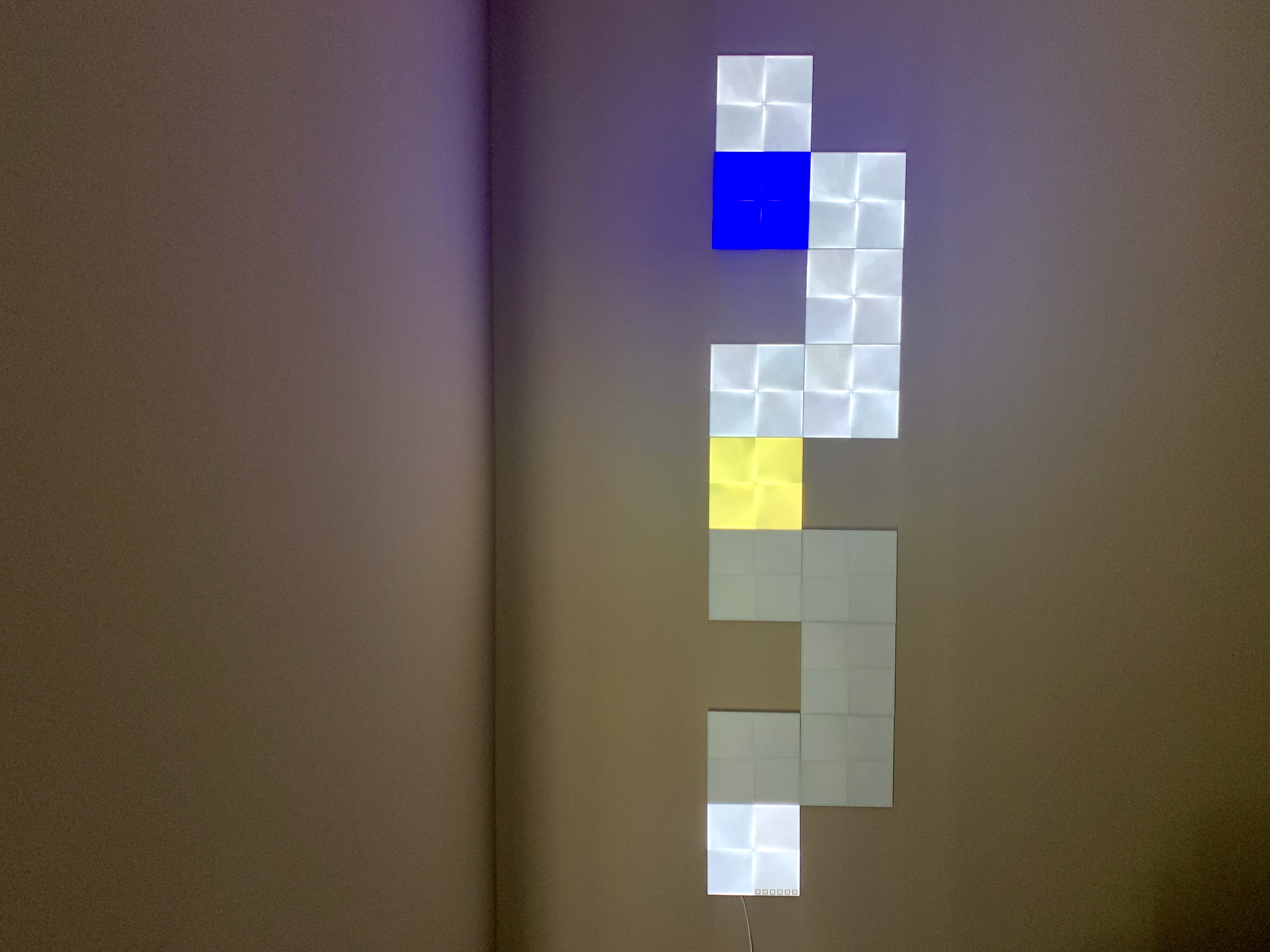 Nanoleaf HomeKit lights are already great for mood lighting and entertainment. Light “games” could just be a gimmick on their own, but I can definitely see a simple game of “Whack A Mole” or “PacMan” being a great party trick — especially with kids.

Personally, I really like Nanoleaf Light Panels. The triangular tiles cover more wall space and let you create designs that look a bit less 8-bit. I recommend Nanoleaf Canvas for most people though — especially over similar products.

The modular system is just as easy to use and the built-in support for music scenes and brightness control make it more polished — plus the touch-controlled games add to the entertainment.