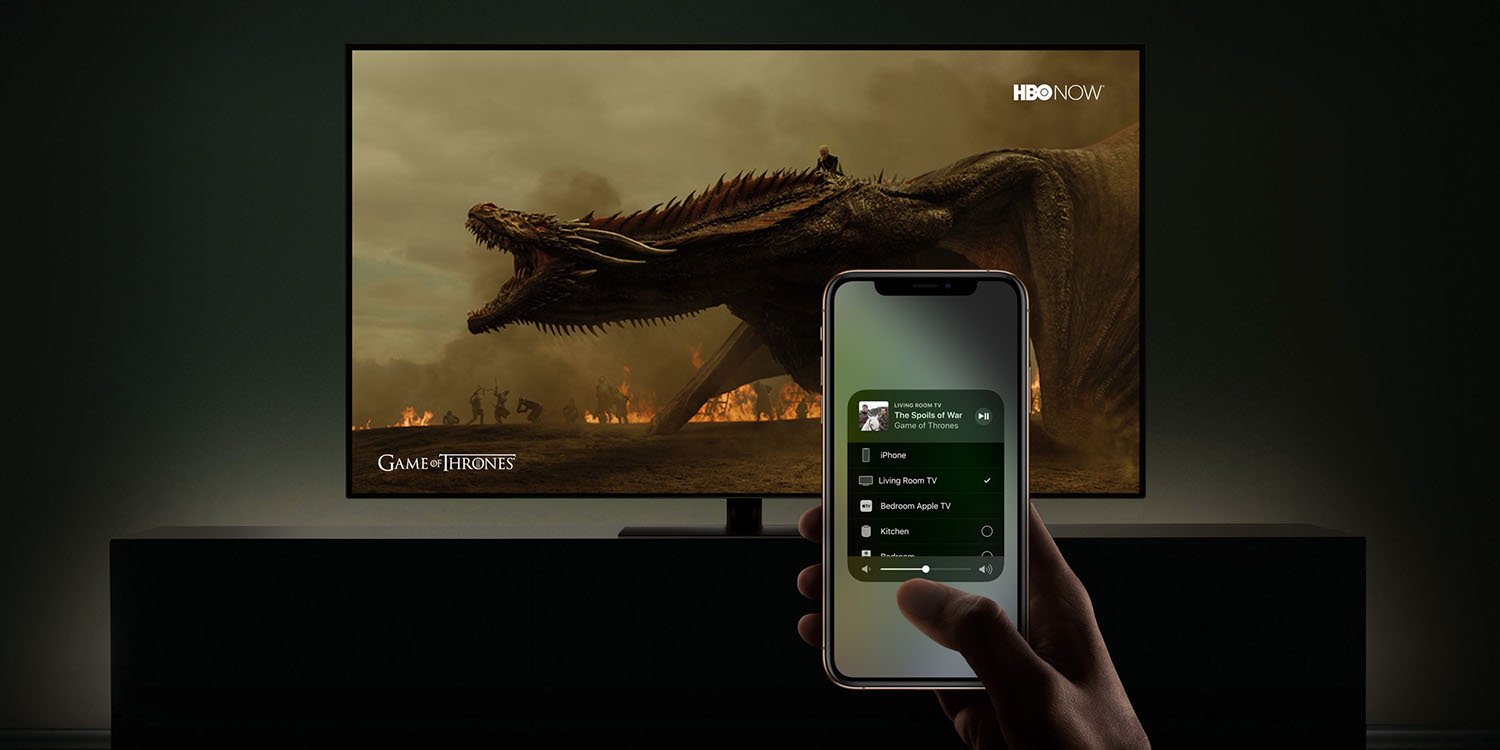 Apple took everyone by surprise when it announced that ‘leading television manufacturers’ will be integrating AirPlay 2 into their TV sets, effectively duplicating some of Apple TV’s functionality and allowing Siri control …

We’ve seen a flurry of announcements from four TV brands – Samsung, Vizio, LG and Sony – outlining their plans to support the feature.

Apple earlier updated its AirPlay page to reflect the expansion of AirPlay 2 to television sets.

Watch. Listen. Share. AirPlay lets you do it all.

AirPlay lets you share videos, photos, music, and more from Apple devices to your Apple TV, favorite speakers, and soon, popular smart TVs. So sit back and enjoy everything you love — in more places than ever.

And just like that, it’s on TV. Simply tap the AirPlay icon on your Apple device and share almost anything — the latest movies, home videos, vacation photos, presentations — to your Apple TV or AirPlay 2–enabled smart TV.

Leading TV manufacturers are integrating AirPlay 2 directly into their TVs, so now you can effortlessly share or mirror almost anything from your iOS device or Mac directly to your AirPlay 2–enabled smart TV. You can even play music on the TV and sync it with other AirPlay 2–compatible speakers anywhere in your home.

The company has now listed all of the television models set to gain AirPlay 2 support:

The good news for owners of Samsung and Vizio TVs is that support for some models will be retroactive, with updates for some 2018 Samsung models and even 2017 Vizio models.

As well as the list of AirPlay 2 TVs, you can also find a full list of AirPlay 2 speakers on the same page. In addition to those already supporting the feature, it will shortly be added to the B&O Beoplay M5, Devialet Phantom, KEF LSX, Libratone Zipp 2/Mini 2, Naim ND 555/ND5 XS 2/NDX 2 and the Sonos Amp.