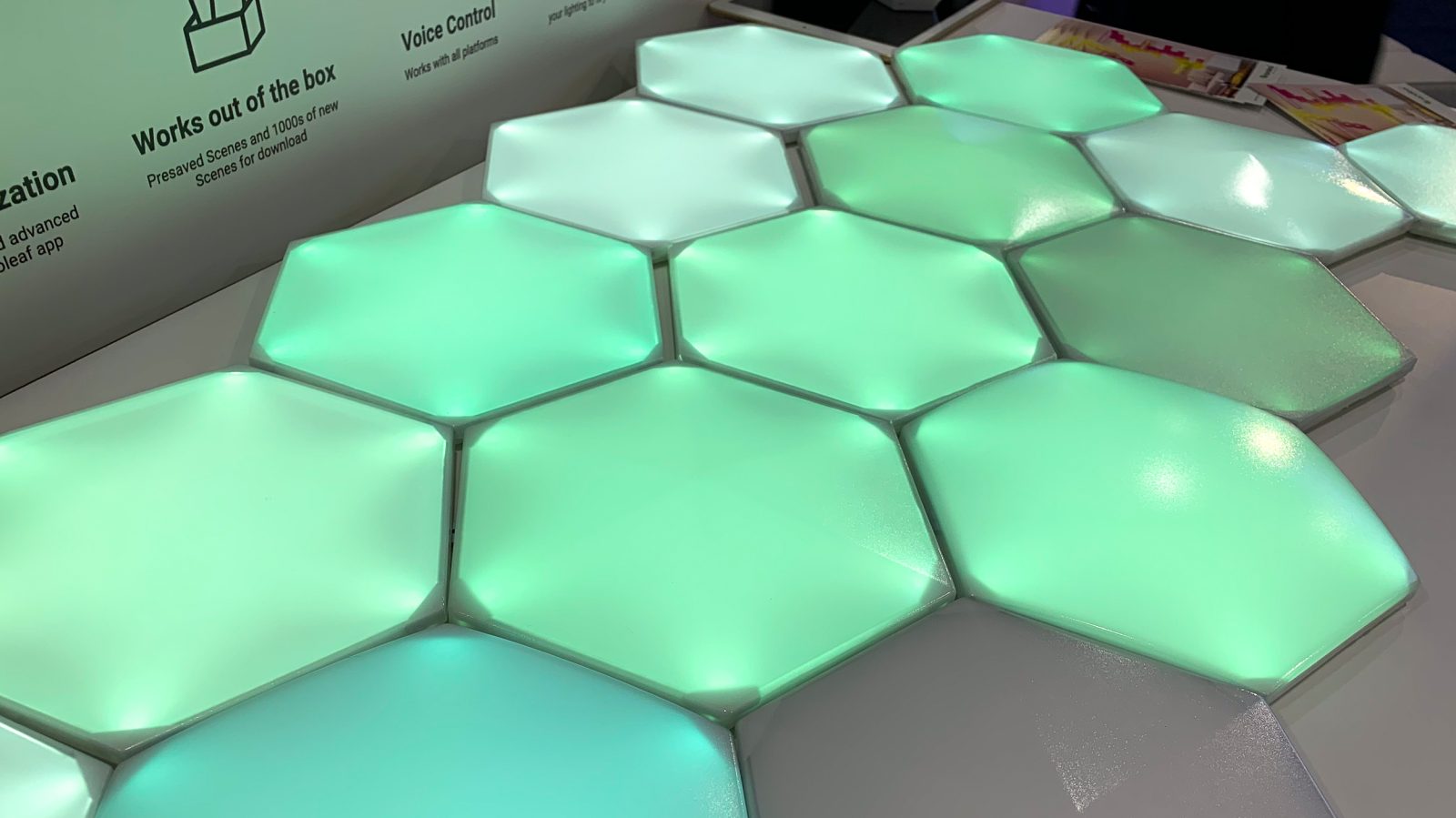 Nanoleaf’s colorful light panels have long been popular with HomeKit fans looking to add a little bit of visual interest and ambiance to a wall or a room. After introducing the Canvas Light Squares at CES 2018, Nanoleaf is expanding its lineup again this year with hexagonal light panels. We took a hands-on look.

The Canvas Light Hexagons are a modular system of lights just like Nanoleaf’s other light panel configurations. If you own or are familiar with the Canvas Light Squares, you’ll immediately notice that the new hexagonal panels feel larger in surface area and thicker in depth. Nanoleaf says the panels we tried are still prototypes, so this could change.

Individual panels can be removed and added to create endless custom configurations. With six sides, there are more possibilities than ever before. Triangular and square panels can’t be connected to the hexagons, however.

In its early configuration, Nanoleaf is testing three surface styles for the hexagons. One is completely flat, one has a domed shape, and another has sharper geometric lines. It’s not yet clear if all or just one of these styles will ship, but each one brings a unique look suited for different environments. Personally, I’d choose flat panels for a large installation and domed panels if I was connecting just a few.

Speaking of large installations, Nanoleaf also announced a commercial mounting grid for its light squares at CES. The mounts make it easier and more secure to install square light panels in public facilities. Like the Canvas Light Squares, hexagon panels can be individually controlled with a touch and sync to music in real-time. The panels are also compatible with Nanoleaf’s dodecahedron remote and HomeKit via Siri and the Home app. A hexagonal mounting grid hasn’t been announced at this time.

Nanoleaf is targeting a Q4 2019 launch for its newest system and hasn’t locked down pricing yet. Packs of Canvas Light Squares start at $249, and the hexagons are expected to fall within a similar range.