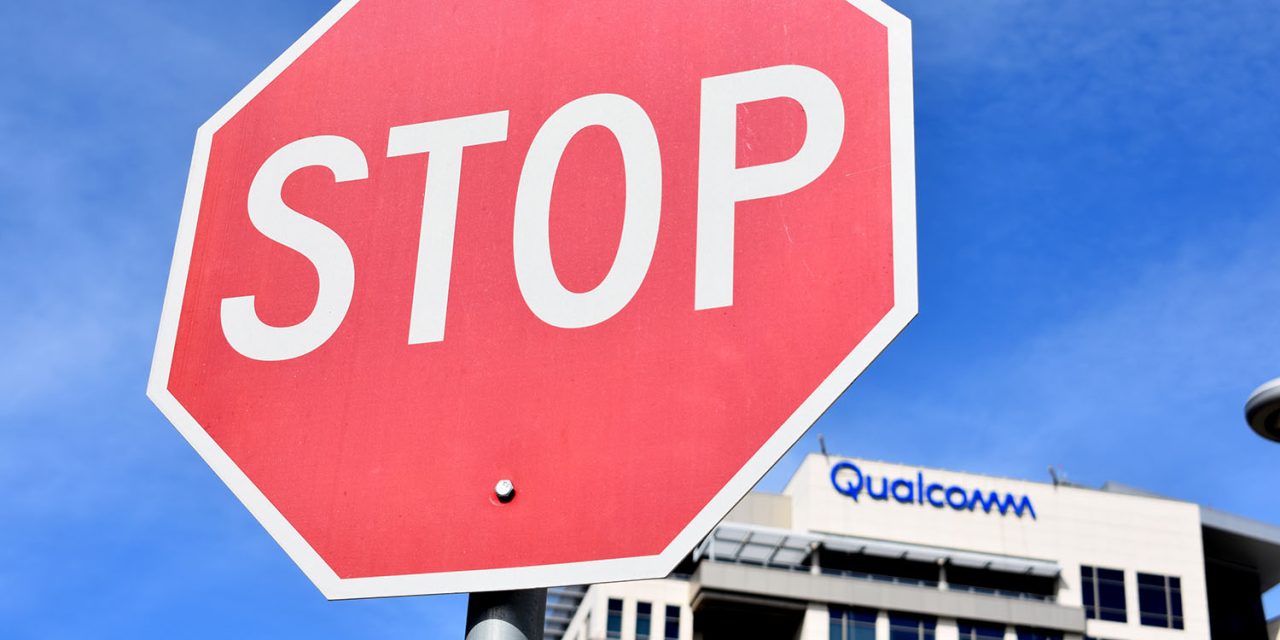 Buoyed by its victory in an earlier injunction against iPhone sales in Germany, Qualcomm launched a second patent infringement lawsuit against Apple in the country. This court, however, dismissed the latest Qualcomm lawsuit.

The new lawsuit has been described as a ‘nuisance’ one by a patent expert, who also said that the previous victory was worth little …

Reuters reports that the case was dismissed today.

The regional court in the city of Mannheim dismissed the Qualcomm suit as groundless in an initial verbal decision, saying the patent in question was not violated by the installation of its chips in Apple’s smartphones.

Foss Patents’ Florian Müller – who has been described as one of the top 50 most influential people in intellectual property – used the term when writing about the case prior to the ruling.

The patent-in-suit is EP2460270 on a “switch with improved biasing” (“biasing” in this context basically meaning that one voltage gets to control another).

I’m not going to stay up, or get up at midnight, for a nuisance lawsuit (which is all that this one is in practical terms).

Interestingly, Apple’s defence was not that it hadn’t infringed the patent, but that the patent itself was invalid. In this, it was supported by the Swedish Patent & Registration Office, which found that there was nothing new in what Qualcomm had done. You can read very much more about this here.

Even Qualcomm’s previous victory was worth little in practical terms, argues Müller.

The Munich decision affects only 3% of Apple’s German sales of the iPhone 7 and of the iPhone 8: direct sales to end users through its 15 retail stores and its German online store. Even those 3% of the sales of the two oldest iPhone generations on sale in a market that generally isn’t huge for Apple (significant, but far from substantial) aren’t really lost because some will buy other iPhone models instead and others will simply buy those iPhone models from resellers.

Anyone can see on the Internet that the “enjoined” iPhone models are still widely available in Germany.

Apple is, however, appealing.

Meanwhile, the FTC trial over the Apple/Qualcomm patent dispute continues in the US. It was revealed yesterday that the iPhone maker wanted to put Qualcomm’s 4G chips in the iPhone XS, XS Max and XR – but Qualcomm refused to sell them to Apple because of the dispute between the two companies.

My view remains that this is unlikely to end well for Qualcomm.